Documentary Sheds Light on Andre Gregory, Star of ‘My Dinner With Andre’ 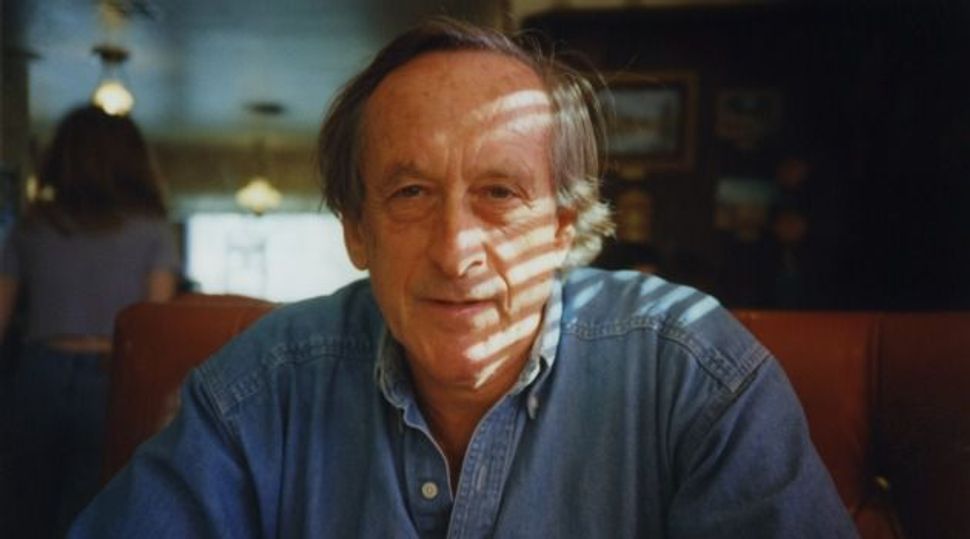 Seasoned Performer: Andre Gregory is the subject of the new documentary ?Andre Gregory: Before and After Dinner,? directed by his wife Cindy Kleine. Image by Courtesy of Cinema Guild

“My Dinner With Andre” is a movie I like to re-watch every so often just for the pleasure of rethinking certain thoughts: Can theater create life-changing experiences, or does it confirm our ideas about the world? Are we ever able to be ourselves, or do we merely act out social roles? Does comfort lull us into “a dangerous tranquility,” or should we seek small pleasures where we can find them? Are we living under a “world totalitarian government based on money?”

Wallace Shawn, an actor and playwright, and Andre Gregory, a theater director, discuss these questions for nearly two hours in the 1981 film, directed by Louis Malle. The idea for the picture seems self-indulgent — which college freshman doesn’t think his late-night philosophizing worthy of posterity? — but the intensity of the conversation stands up over time. Not all of their talk is profound, but a lot of it actually is.

Now, a new documentary, “Andre Gregory: Before and After Dinner,” grants us deeper insight into the featured performer. Created by Gregory’s wife, Cindy Kleine, a director whose work encompasses the intersection of art, family and self, the film delves into her relationship with her husband; his relationships with friends and fellow artists (including Shawn); his pursuit of theater and painting, and his mysterious family background.

Kleine identifies her parents as Long Island “Jews who were Jews,” for whom “fighting was the primary means of communication.” Gregory, by contrast, compares his European, upper middle-class parents to the “insane rulers of some little Balkan country,” who were emotionally frigid and distant from their children. Despite the fact that both were Jewish, neither ever brought it up.

Much is unclear about Gregory’s background, and it seems he doesn’t know the whole story himself. At one point, while Skyping with a researcher in Paris, Gregory states that his father, George Gregory, was a confidante of Trotsky but escaped Russia before Stalin came to power; worked for IG Farben in Germany but made it out before Hitler took over; left Paris before the beginning of the war and then England before the start of Nazi bombing. In the United States he was interrogated for hoarding gold and hobnobbed in Beverly Hills with Charlie Chaplin and Errol Flynn. Who was this man?

Adding to the mystery is Gregory’s suspicion, on the basis of a book by historian Harold James, that his father and uncle were hired by Hitler and the Nazi economic minister Hjalmar Schacht in the early 1930s to commit financial espionage against the French. Though the researchers Gregory hires in Paris and Berlin fail to find any evidence of this, the idea is so upsetting that he comes down with shingles.

Gregory’s family history is never fully unraveled, but it does explain his obsession with Nazism. In “My Dinner With Andre,” he compares acting exercises to the Nuremberg rallies and likens his own artistic pretensions to those of Nazi architect Albert Speer. Most spectacularly, he suggests that New York is a perfect concentration camp, built and guarded by the inmates themselves. For a dinnertime conversationalist, he can get pretty morbid.

Three decades later we see, instead of the taut debater, a gray-haired, grandfatherly figure, child-like in his enthusiasms. His ideas are less apocalyptic, but just as captivating. In a talk to students at The New Actors Workshop, he advises them to “render unto Caesar” and make a living (Gregory himself appeared in several Hollywood flicks, including a role in “Demolition Man” alongside Sylvester Stallone and Wesley Snipes), but to pursue an artistic ideal at the same time. “It’s great if you can be an explorer, if you can go out into uncharted seas,” he says. “All you need is a tiny room with a few friends, and you can make a miracle — with time.”

He’s not joking about that last part. In the late 1960s Gregory worked with a troupe called The Manhattan Project to create a production of “Alice in Wonderland” through an open-ended regimen of experimentation and rehearsal. In the 1990s he conducted a similar experiment with Chekhov’s “Uncle Vanya,” as adapted by David Mamet, which was rehearsed for four years and yielded the movie “Vanya on 42nd Street.”

In “Before and After Dinner” we see Gregory rehearse Henrik Ibsen’s “The Master Builder” with a group of actors in the last stages of a process that has been going on for 14 years. (A movie adaptation, titled “Wally and Andre Shoot Ibsen,” is forthcoming.) Taking that long to rehearse is extreme, but for Gregory, theater is less a matter of performance than it is a spiritual discipline. At the beginning of “My Dinner With Andre,” he describes going into a forest with his mentor, Polish director Jerzy Grotowski, with no other purpose than to “sit there and wait for someone to have an impulse to do something.” It was like improvisation, except they were playing themselves. Theater isn’t a vehicle for fiction, in this case, but a means of self-discovery through the removal of everything else.

Gregory, as he appears in the 1981 film and the new documentary, is one of those people whose way of being in the world is unique. We can’t be more like him, but of course, that’s not his goal. As Gregory would have it, we should be more like ourselves, or like the selves we might discover if we allowed ourselves to take off and explore “uncharted seas.” It’s an alluring idea: Who doesn’t want to embark on their own voyage of self-discovery? At the very least, we would come back with some good dinner conversation.

“Andre Gregory: Before and After Dinner” screens until April 16 at Film Forum in New York.

Documentary Sheds Light on Andre Gregory, Star of ‘My Dinner With Andre’