How the Vilna Gaon Became More Modern Than Moses Mendelssohn 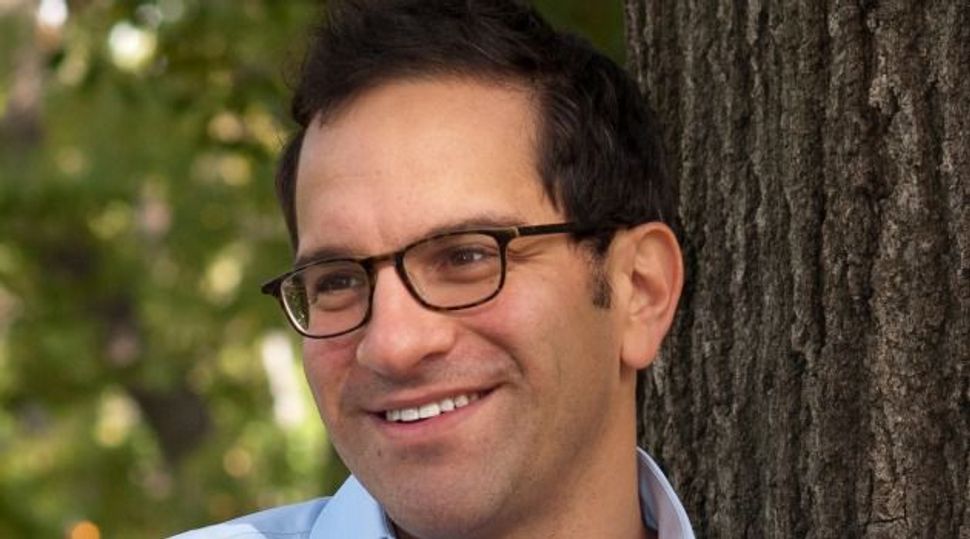 A Stern Glance: Yale University religious studies professor Eliyahu Stern?s new book is ?The Genius: Elijah of Vilna and the Making of Modern Judaism.? Image by Courtesy of Eliyahu Stern

●THE GENIUS; ELIJAH OF VILNA AND THE MAKING OF MODERN JUDAISM
By Eliyahu Stern
Yale University Press, $45, 336 pages

Would you confuse Moses Mendelssohn and the Vilna Gaon, sometimes called the fathers, respectively, of Reform and Orthodox Judaism? Certainly not if you had seen their pictures. It’s hard to mistake Mendelssohn, with his clean-shaven cheeks and curly, uncovered hair, for the Gaon, usually depicted with flowing beard, enormous black kippah and prayer shawl. And it wasn’t just their getups. Mendelssohn, an 18th-century German Jewish philosopher who mingled with famous playwrights and bested Kant in an essay competition, is known for bucking rabbinic authority and beginning the Jewish Enlightenment. The Gaon, on the other hand, though Mendelssohn’s contemporary, spent most of his life secluded in study, writing recondite commentaries on the classics of rabbinic literature and ignoring the non-Jewish Lithuanians around him. The division between the two men — and by extension, between modernity and tradition — seems pretty clear.

Yet, in his new book, “The Genius: Elijah of Vilna and the Making of Modern Judaism,” Yale University religious studies professor Eliyahu Stern suggests that the Gaon was as fully modern as Mendelssohn. Past scholars of the “modernization” of Judaism, Stern suggests, focused on Western Europe to the exclusion of Lithuania and Eastern Europe. Because of that emphasis, they found clean splits between old, static tradition and new, dynamic modernity; in turn, that dichotomy led them to misread the Gaon’s legacy. The Gaon, to be sure, did not presage the Enlightenment; he was not an ersatz Mendelssohn. Rather, he helped shape a parallel, Orthodox Jewish modernity, innovative but unapologetic and unconcerned with the gentile world.

Stern’s book moves through the highlights of the Gaon’s life and afterlife, demonstrating how the Gaon created a distinctive, new Judaism. Take the Gaon’s predilection for emending Talmud manuscripts, for instance. His emendations seem typical of the Gaon’s exactitude; the Gaon was a rigidly methodical man who wrote commentaries to a bookshelf of canonical texts and cited nearly every predecessor. He learned constantly, refusing to interrupt personal study even to publish his own writings (which were mostly released posthumously). On the surface, fiddling with manuscripts seems like just another intellectual quirk.

But beneath the surface, the Gaon’s alterations are radically new. Medieval rabbinic readers, who mostly saw textual anomalies as the result of deficiencies in the reader, had shied away from correcting the Talmud. Stern argues that the Gaon’s textual work fits into his broader theology, in which correcting human errors is a central religious duty. This theology empowers the reader in decoding texts. The learner does not passively receive supernatural messages; he works through rationally constructed texts, and if they are not rational, he reconstructs them. Further, the Gaon’s philosophy of reading, Stern shows, strikingly parallels early Enlightenment philosophers like Leibniz.

In fact, the Gaon was actually more “liberal” in his approach to textual criticism than was Mendelssohn. The latter, who wrote a famous and controversial German Bible translation and commentary, constantly defended the

Jewish text of the Bible. In this, Mendelssohn was arguing against so-called “lower critics,” who used manuscripts and alternate versions of the Hebrew Bible to undermine the authoritative Jewish text (called the Masoretic text). Rejecting the claims of the lower critics, Mendelssohn insisted the Hebrew Bible had been immaculately transmitted through history. To be sure, the Gaon did not admit any errors in the Masoretic text, which, unlike the Talmud, he considered to be directly revealed divine words. But that is because questions about the Hebrew Bible did not bother him at all. He wasted no time in polemics against lower criticism, and he even made use of controversial biblical scholars whom Mendelssohn condemned.

Mendelssohn, Stern argues, was constantly defending Judaism and Jewish texts to his non-Jewish peers. He was thus intensely defensive about perceived deficiencies. By contrast, the Gaon had no such compunctions. In Vilna, where he lived nearly his whole life, Jews constituted what Stern calls a “virtual majority,” a large, wealthy population. When, for instance, the Gaon was arrested for plotting the kidnapping of an adolescent convert from Judaism to Christianity, he did even not deign to speak to his arresting officers. As with police, so too intellectuals; the Gaon did not feel he had to justify his community to anyone. He modernized, but on his own terms, not in reaction to the non-Jewish world.

Stern argues that the demographic differences between Vilna and Berlin explain not just the Gaon’s philosophical peculiarities, but also the distinctively Orthodox modernity which he pioneered. In his battles with the pietistic, prayer-oriented Hasidic movement, for instance, the Gaon was neither a stodgy traditionalist, as he is often represented, nor a proto-enlightener. Rather, in opposition to the Hasidic, wonder-working rebbes, the Gaon pioneered a learning-centered culture, one which emphasized human work and agency. After his death, hagiographies and popular legends transformed his life into a cultural ideal, and in 19th-century Eastern Europe, supposed iluim (Talmudic child prodigies) outnumbered rebbes. Everyone wanted to be, and could be, a Gaon. His hermitlike existence became a paradigm for the modern yeshiva: cloistered, private and removed from communal affairs, emphasizing abstruse study rather than practical knowledge.

There is no doubt, after reading “The Genius,” that the old “tradition versus modernity” story won’t do. Yeshiva-centered Orthodoxy did not emerge just in opposition to Reform modernization. Reform Judaism never perturbed the Gaon, and yet he innovated a distinctively modern, intellectual Judaism. When one of the Gaon’s students founded the famed Volozhin Yeshiva (where students were rumored to skip prayers to continue learning), he set hundreds of years of Jewish tradition on its head. Orthodoxy is very new — wonderfully and creatively so.

In his conclusion, Stern goes further, appointing the Gaon prophet not merely of Orthodoxy but also majoritarian, non-defensive Jewish modernity, from the Lower East Side to Tel Aviv. I am not so certain. The book’s blurb (“a considerable contribution to the study of Jewish genius”) from Stern’s Yale colleague Harold Bloom and its frequent references to secular culture suggest that Stern himself writes from firmly within Mendelssohn’s tradition, working within a context that is not specifically Jewish and seeking a larger audience. German Wissenschaft (academic discipline) is the contemporary Jewish world’s intellectual jewel. Our yeshivas are comparatively stale, still producing the greatest minds of the 18th century.

The best Orthodox scholars (like Stern, a product of Yeshiva University) teach at Yale and Hebrew University, not the Mir Yeshiva. In this, as in numerous other ways, contemporary Orthodoxy takes a page from the putative father of the Reform movement. The kippah is Orthodox; the voice sometimes seems to be Mendelssohn’s. But these are quibbles. Stern, from whatever modernity he emerges, has masterfully reappraised the Vilna Gaon. More broadly, like an art restorer removing grime from a Renaissance painting to reveal the bright colors below, he has found, under Eastern European Orthodoxy’s murky patina, a Judaism that was shockingly fresh, radical, and modern.

Raphael Magarik is a Dorot fellow in Israel and a columnist for Open Zion, Peter Beinart’s blog at The Daily Beast.

How the Vilna Gaon Became More Modern Than Moses Mendelssohn