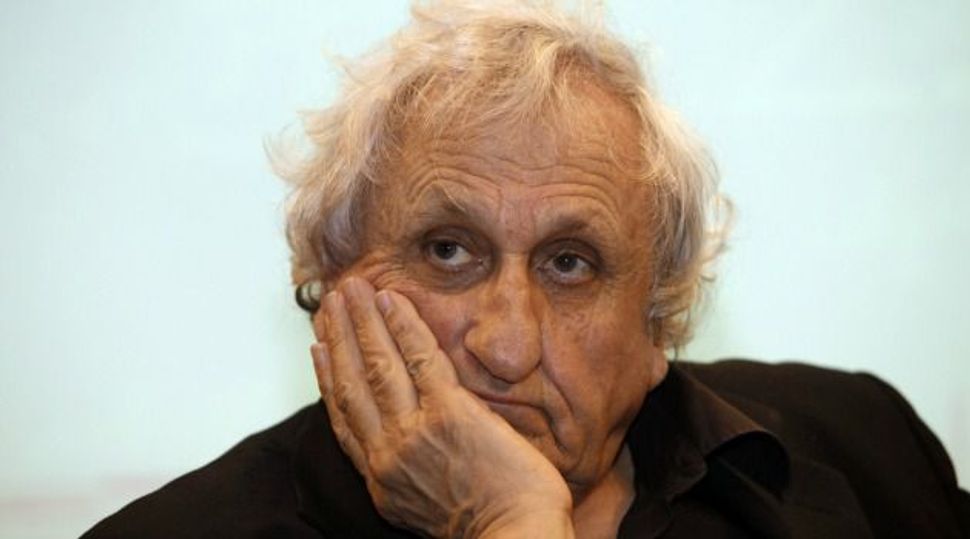 No Country for Old Men: Yehoshua?s novel evokes the complexities of aging both for people and their homelands. Image by Getty Images

● The Retrospective
By A.B. Yehoshua Translated from the Hebrew by Stuart Schoffman
Houghton Mifflin Harcourt, 336 pages, $26

In A.B. Yehoshua’s latest novel, an aging Israeli film director is invited to Spain for a retrospective of his life’s work. The trip engenders a kind of journey backward in time for the director, Mr. Moses, who revisits, first in his mind and later in reality, the people, places and experiences that helped shape the artist and person he has become.

Yehoshua is one of Israel’s most highly acclaimed writers, and “The Retrospective” showcases the author at his finest. He offers a compelling study of character, and a powerful meditation on personal pain and loss, memory, regret, and atonement.

And as is the case with much of Yehoshua’s oeuvre — a survey of which constitutes the subtext of this novel — this work is also a carefully observed portrait of a country in a perpetual state of conflict.

At the center of the novel is a decades-old quarrel between Moses and his former student-turned-screenwriter. Though the two have not spoken in 40 years, the Spanish retrospective — and a particular painting that hangs in the hotel room that Moses shares with his lead actress, Ruth — triggers memories that leave the elderly director haunted by the break, and searching for a way to reconcile himself with his past.

Moses’s need for closure mirrors the national longing for peace, and these parallels between the personal and the collective reverberate throughout the novel.

Describing a scene in the Spanish hotel where Moses and Ruth share a bed, the narrator notes that a sleeping Ruth “instinctively occupies part of the vacated territory.”

And in conversation with Ruth about one of their earliest films, in which the people of a small Israeli village carry out a terrible act of violence, Moses observes that her performance suggests she believed that “disasters are a good means of true communion among people.”

On a lighter note there is the description of Moses’s hearing aids, which, when inserted, “emit a brief tune — as if to say, At your service — and immediately amplify the hubbub of the surrounding world.” The batteries, when they begin to wear out, give off an “insistent continuous ring that can’t be ignored,” and that seems, oh, so very Israeli.

Such evocative descriptions of the seemingly banal fit right in with the character at the center of the novel, who has drawn criticism for the supremacy of materialism in his later films. Moses defends his choice, saying it is motivated by a desire “to combat forgetfulness through the staying power of materialism.”

Of course, forgetfulness eludes the director, who hails from a country that is, as his Spanish host reminds him, “always remembering the forgotten.”

When the audience questions the necessity of overt violence in one of his films, Moses counters that for Israelis, “absurdity and surrealism are second nature.” Thus, the necessity of “a shot of violence, an overdose of imagination, because only then can art be distinguished from the absurd reality.”

Even Ruth’s assertion — referring to her loss of faith in the power of sleep — that “what dies doesn’t come back to life” seems to be addressing the state of affairs in the Jewish state. Through his characters, the author gives voice to his own doubts about the future of Israel now that “history has debunked the illusion of peace.”

And yet it would be a gross oversimplification to read “The Retrospective” as primarily a metaphor about an enduring national crisis. Indeed, Yehoshua’s genius is his ability to craft stories that combine deeply resonant personal and national narratives. These are not mere literary devices, but authentic, self-contained stories that merge beautifully in the author’s thoughtful rendering.

In “The Retrospective,” Yehoshua evokes the complexities of growing old — for men and women, and for a country that is no longer fledgling — and the entrapments of regrets and broken memories that make it hard to part “from what might have been but was not.” Reflecting on the trajectory of his art and his life, Moses notes that “the end is always a compromise between what was and what will never be.”

Shoshana Olidort is a frequent contributor to the Forward. Her work has also appeared in The New Republic.