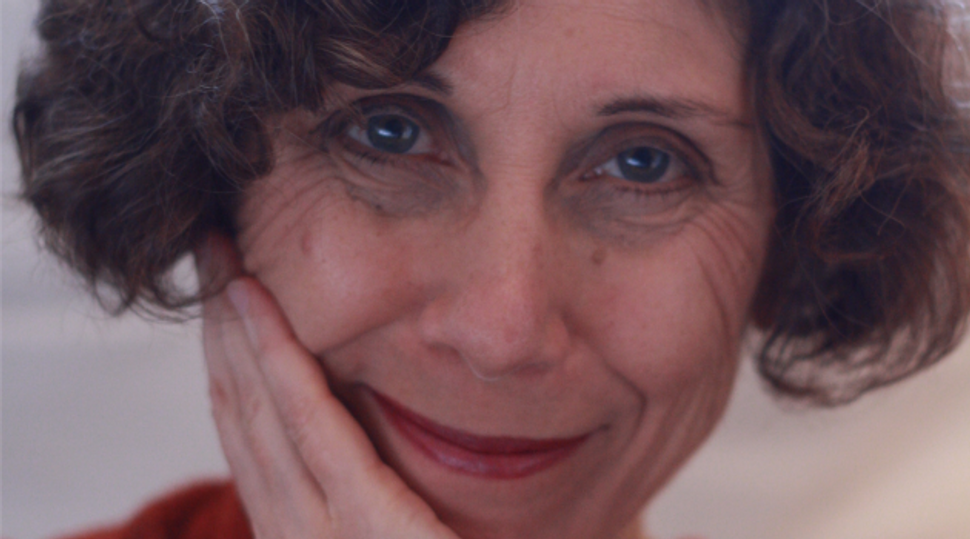 The Mysteries of Steinberg: In ?The Tin Horse,? Jewish identity is something that one can never truly escape. Image by Gaia Steinberg

At 85, Elaine Greenstein Resnick, “a brisk, no-bullshit woman” who worked as a civil rights attorney, is downsizing as she prepares to enter a retirement community. The University of Southern California, which wants her papers, has provided an eager young archivist to help her sort through old boxes and files.

And so the stage is set for the discovery that will drive the plot of “The Tin Horse:” Josh, the archivist, finds a name and address scrawled on the back of a private detective’s business card. (The detective is none other than Philip Marlowe, an iconic borrowing from Raymond Chandler.)

Those scraps of information will launch Elaine on a journey into the past that will expose both old family secrets and the emotional vulnerabilities beneath her tough surface.

Janice Steinberg is interested in the variable strands of Jewish identity — and of identity in general. The novel’s most powerful theme is the mystery of human personality, a mystery that can’t finally be solved.

Steinberg (whose previous five books have, in fact, been mysteries) is adept at creating a page-turning narrative that moves almost seamlessly between past and present, as though mirroring its protagonist’s memories. That form has its drawbacks, though; sometimes, Steinberg gives away too much.

But the desire to understand how and why the book’s relationships ignite or fizzle keeps us reading. And Steinberg evokes the Los Angeles community of Boyle Heights, in its melting-pot heyday of the 1920s and ’30s, with engaging authenticity.

Along with her success, Steinberg’s protagonist has had her troubles. She never had a smooth, or particularly close, relationship with her immigrant mother, a brilliant card player and frustrated actress. Her relationship with her daughter, Carol, is similarly embattled. Her steadfast husband has died, and two of her three sisters are gone: Audrey was felled by a stroke, and Barbara, Elaine’s fraternal twin, ran away from home when she was in her 20s, never resurfacing to apologize or explain.

Even six decades later, Barbara’s disappearance still gnaws at Elaine, leading her reflections back to Boyle Heights, where the twins grew up together and grew apart. Steinberg’s Boyle Heights is a tight-knit community, with its share of distinctive characters, including Danny Berlov, the immigrant boy who zealously romances both twins. Also memorable is Aunt Pearl — never married, but squired by a married Mexican man; without children of her own, but a second mother to the Greenstein children, and so successful a businesswoman that she provides work for her brother, Elaine’s father.

Boyle Heights is flexible enough to permit Pearl to flourish, and insular enough that as a girl, Elaine, despite growing up with stories of the pogroms, “never experienced scorn or hatred.”

Once she ventures beyond home, however, she sees herself, with a shock, through others’ eyes as ineradicably Jewish. Proudly, she affirms “the integrity… of being utterly myself,” compared with Barbara, whom she views as her “chameleon sister.” But could it be that her vision is blurred?

In “The Tin Horse,” identity — Jewish and otherwise — is something that can be sloughed off but never entirely escaped. It is handed down, like the eponymous tin horse, from father to son, and mother to daughter: put to varying uses, but still recognizable.

Of course, we know that Elaine will go in search of her sister Barbara. And we know that there would be no book if she did not find her. If nothing else, “The Tin Horse” preaches the gospel of second chances, suggesting that where the emotional stakes are high, it is never too late. Though its characters are Jewish, its conundrums are understandable to anyone who knows firsthand just how thoroughly families can both wound and heal.