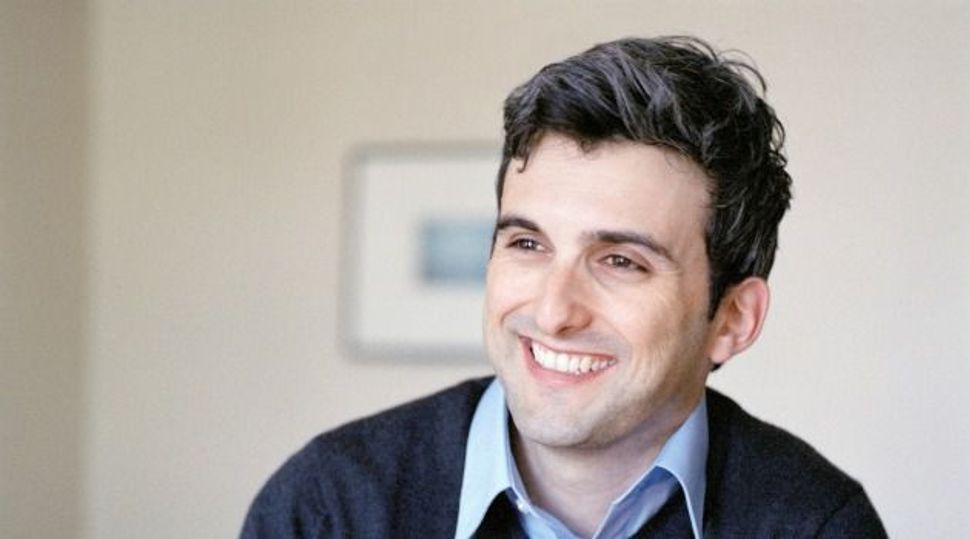 Wise Man of Suburbia: Stuart Nadler?s debut novel is most compelling for its depiction of family relationships. Image by Nina Subin

In Stuart Nadler’s debut novel, a Jewish boy named Hilly, whose father has suddenly become enormously wealthy, falls in love with a black girl named Savannah whom he barely knows. The encounter, in 1950s suburbia, has far-reaching ramifications that will haunt Hilly for the rest of his life. If this premise seems unconvincing, it is. While Nadler’s novel is ostensibly a tale of love and race, “Wise Men” is far more compelling for its exploration of a fraught father-son relationship.

Until a plane crash transforms Arthur Wise’s sense of himself — and with it, his bank account — Hilly’s father is, in his son’s words, “your average slip-and-fall-and-sue attorney,” an “ambulance-chaser.” Commercial passenger planes are still a relatively new phenomenon when a 1947 crash in Boston kills everyone on board, and the senior Wise sniffs opportunity. Before long, he has made more money than he knows what to do with. He moves his family to New York City from New Haven, Conn., and buys a vacation home on Cape Cod that becomes the setting for the most critical moments in the novel. It is in the seaside town of Bluepoint that Hilly first meets Savannah — and it is here, too, that their love goes awry, when the girl’s uncle, who works for Hilly’s father, is led away in handcuffs after a breach of confidence the implications of which are not revealed until the very last page of the novel.

Although he has become something of a celebrity, to his son, Arthur, is someone in whom “arrogance was often mistaken for the genuine artifact: skill, or competence, or some combination of the two.” As his father becomes increasingly wealthy, Hilly can hardly hide his disdain. When he reaches adulthood, he cuts off all ties. The rupture supposedly results from a clash of values, but what this is really about — what such parent-child disputes are so often about — is a wresting of control from those who figure too largely in our lives and from whom we feel we must break free if we are ever to come into our own.

Among the novel’s most incisive observations are Hilly’s about his father. And yet, the story of Hilly and Arthur Wise is largely glossed in favor of an unconvincing love story. Aside from Arthur and Hilly, the characters in this novel are never really developed, and discussions of race and love often feel uninspired.

Years after their initial encounter, Hilly seeks out the girl whom he kissed only once. Her father is, predictably, enraged. But Nadler’s depiction of that rage feels trite: “Always coming around with your f—ing charity. Black man couldn’t possibly take care of his daughter without help from some rich white motherf—er. Isn’t that it? Right?….”

Descriptions of love fare no better. Speaking of his girlfriend, who became his wife, Hilly says: “I knew Jenny’s family, what made her laugh, which movies she liked to quote, what her drink was, what her father had been like…. I knew where to take her in Manhattan, which Italian places; what she ordered in a Chinese restaurant; how she liked her burger cooked.” The description, ostensibly of a deep and enduring love, is strikingly flat and sorely lacking in specificity.

The secret that upends the entire novel when it is revealed, in the very last paragraph, also provides the key for Hilly’s ultimate understanding of a father he has held at bay all his life. At its core the revelation is about a kind of displacement and the ways in which we suffer for our parents’ hurt, and our children for our own.

Shoshana Olidort is a frequent contributor to the Forward. Her work has also appeared in The New Republic and The San Francisco Chronicle.