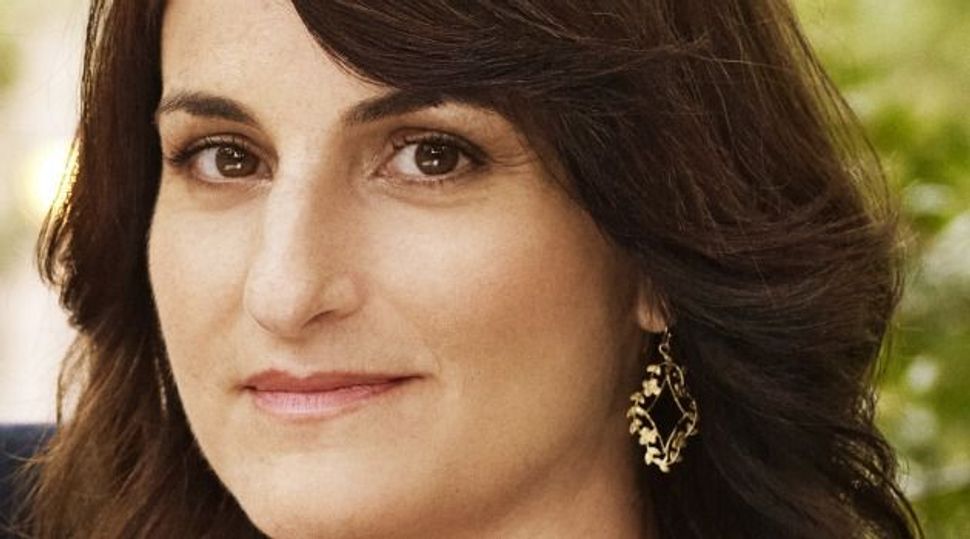 In her novel “The Mothers,” Jennifer Gilmore has written the book all women of a certain age going through the infertility cycles of hell long to hand to any member of the fertile world who asks that innocent but searing question: So, are you pregnant yet?

If this achingly honest book had come out 15 years ago, when I was slogging through the maternal obstacle course of infertility treatments, I would have carried around copies of Gilmore’s raw, unflinching report from the reproductive trenches. What a relief it would have been to have the words I could not utter in such precise, poignant form.

Here comes that colleague who gets pregnant when her husband sneezes. “So, any news?” she’d ask. I’d slide the book out of my purse, hand it to her and walk away.

Jesse and Ramon are a smart, devoted couple. Jesse is a cancer survivor. She’s also Jewish. Ramon is not. His Spanish and Italian culture and her yearning Jewishness are explored with nuance, and with especially elegant wrinkles that play out with food (what else?), his mother (who else?) and, not surprisingly, the meaning of motherhood.

Gilmore’s writing is crisp and visual, and sits you right down next to her. Unlike most books on this topic, Gilmore, mercifully, doesn’t drag us through the details of the couple’s infertility treatments, what Jesse calls “the fairy-tale forest from hell.” Instead, the book takes us through the heartbreaking, relentless, comical and otherworldly journey through the byzantine process of adoption. There are lovely, fully realized sub-stories involving birth mothers and fellow infertile travelers.

And all that magical thinking. The mind of the infertile woman is ripe with endless bargaining about what will — and won’t — get her the Holy Grail baby. When Jesse and Ramon are, again, late for an adoption training session, Jesse notes, “Again we would be late and all the babies would be taken by the sane and the prompt.”

I love Jesse. She’s a worrier. She worries if any of the Christian birth mothers will give her their baby though she’s Jewish. She tortures herself on Facebook by monitoring the “baby status” of all her colleagues, acquaintances and distant relatives. She’s sassy, saucy, sharp, funny — and a dazzling tour guide through her own pain.

Finally, someone has written a book that fearlessly traces the internal terrain of a sharp, awake, unsentimental Jewish woman caught in what Euripides famously called motherhood’s “potent spell.” The problem for our highly likable, sharp in mind and tongue, bitchy and all-too-familiar heroine is, she can’t even get into the club, cannot participate in the most communal part of her community. She cannot be a soldier in the Mommy Wars, because her body won’t do the very thing it promised to do when she finally lined up the professional Jewish gal’s hat trick of maternal readiness: a thriving career; a terrific marriage; the wisdom, confidence and strength of self that emerges in one’s mid-to-late 30s.

Infertility is an epidemic in the Jewish community. Many Jewish women marry later and put off having children until well into their 30s. Why? Because for a wide range of cultural, financial and emotional reasons, professional Jewish women’s lives awaken to motherhood at precisely the moment our eggs are careening toward their expiration date.

There is so much to love about Gilmore’s meditation on the meaning of motherhood in general, and in particular of Jewish motherhood. What does it mean to give up the dream of the bloodline? Does it matter? What do mothers truly pass on? At the Passover Seder, she considers this: “It was three generations singing ‘Dayenu’ as if our lives depended on it…. Three generations. All at one table. I will be the one to break that.”

But is she? What will her mother-story look like? “What would I do?” she asks. “Take our African-American, Italian-and-Spanish-speaking baby to Hebrew school?”

That’s the thing about the path of the infertile: Possibilities that seem impossible when you’re three months in are the outcomes you can dream of after only 18 months. One of the many elements I find so compelling about Gilmore’s take is that she’s not in it for the parable or the bumper sticker. She sticks so close to her characters’ hearts and gives them so much real-time insight, you don’t realize how much you’re getting until you come up for air.

With unblinking clarity and — what do they call it when men write with power? — muscular prose, she wrestles to the page and peels away the Hallmark card narrative of infertility and motherhood and writes right to the breaking heart of it all. With babies, she writes, comes “a chance to fix the past. Because that is also what a mother does. She fixes the past from the future. If you cannot be a mother how do you fix the way in which you were mothered?”

I won’t tell you what happens in the end, because Gilmore doesn’t, not really. At first I found it slightly jarring. I’d become so deeply invested in this woman, I was desperate to know for certain how it turned out. But a bow-on-it ending would have been a disservice to this lovely, nuanced story.

Pamela Cytrynbaum is the executive director of The Chicago Innocence Project.