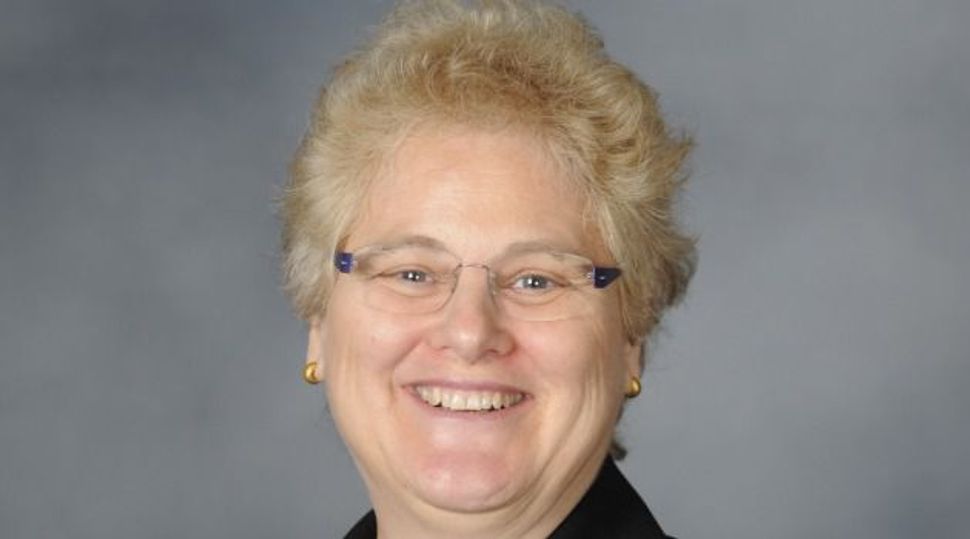 In the preface to “Holocaust Literature: A History and Guide” (Brandeis University Press), which he co-wrote with Naomi Diamant, David Roskies recalls a variety of Holocaust commemorations from his Montreal adolescence. At one Bundist gathering in April 1963 — where “Yiddish was the language spoken because the story happened to people who spoke Yiddish: the grandparents, parents, cousins, uncles, aunts, brothers, sisters, and comrades of the people sitting in the auditorium” — the 15-year-old Roskies was overwhelmed by the recitation of “an epic poem by Simkhe Bunem Shayevitsh, a martyred poet from the Łódz ghetto.”

At another event that same season, held in the city’s Spanish & Portuguese Synagogue, “[n]o work of Holocaust literature was read aloud, and nothing memorable was spoken.” Two years later, when Roskies entered Brandeis University — “the only Canadian and the only Yiddish speaker in the freshman class” — he approached the Jewish chaplain to inquire about plans for Yom HaShoah. “What’s Yom HaShoah?” the Reform-trained rabbi replied.

Roskies notes that this trajectory took him “from intense to attenuated group memory, from group memory divided along regional, ethnic, religious, and ideological lines to a zero-sum memory pool. I had moved from public remembering to public forgetting. At one end of the spectrum a culture of mourning was being incubated…. At the other end, an invitation was extended to join the majority culture…. From age fifteen to seventeen, in short, I had personally relived the jagged history of Holocaust literature.”

This autobiographical account also presages key points in the new book. “It did not take a generation for a literary response to the Holocaust to be born,” the authors insist. “But it took at least two generations for its history to take shape.”

According to “Holocaust Literature,” that shape comprises four phases. First, “Wartime Writing,” which is divided between writing in the “Free Zone” and in the so-called “Jew-Zone.” Yes, the phrase “Jew-Zone,” which is used to refer to areas controlled by Nazis, is unsettling. But the authors contend that “without such a Holocaust-specific map, it is impossible to imagine what it was like to live in that real time and space.” Many readers may be stunned to discover the extent of the writing: bereavement songs, diaries, ghetto reportage and poetry within the “Jew-Zone”; protests, elegies and parables — including work written in 1943 by Isaac Bashevis Singer, S.Y. Agnon and Jorge Luis Borges .

Immediately after the war came a phase of “communal memory” (1945–60). It was with “astonishing speed” that “documentary and literary production resumed in the free memory zones carved out of Germany by the U.S. and British armies and in parts of Poland…. When the survivors, veterans, and former POWs trickled back, a small but significant window opened onto what was then called the last catastrophe — on both sides of the Iron Curtain, in Jewish Palestine and in North America. In Yiddishland, the window that opened in 1945 was never shut.”

The literature of this period was “communal” in multiple respects, including what the authors describe as its initial reception within highly localized (and politicized) audiences.

1960, on the cusp of the Eichmann trial, marks the start of the third phase: a quarter-century of “provisional memory.” The authors present this period as “a time of discovery, of seeing things as if for the first time.” Witnesses now had faces, and their words were beamed around the world. During this period, “English became the main purveyor of Holocaust writing,” and “Holocaust literature took on a life of its own.” Once those trends were entrenched, a new phase began: “authorized memory.” Dating from the mid-1980s, this era has been characterized by seismic global changes and technologies that have brought forth new studies, new research and new pilgrimages, particularly those undertaken by descendants. It is in this era that we continue to live and read.

But what do we read? What should we read? True to the book’s subtitle, the authors follow their history with a “Guide to the First Hundred Books.” They highlight under-appreciated work from the earlier phases, and some readers may be surprised by some of their choices, such as John Hersey’s “The Wall” (1950), which the authors signal for its “value as a document of the early development of Holocaust literature in languages other than Hebrew and Yiddish,” or Binjamin Wilkomirski’s “Fragments: Memories of a Wartime Childhood” (1995), a fraudulent account that is included, at least in part, for what it reveals about the public’s needs and expectations from Holocaust literature at a particular moment. The list’s logic is informed by the authors’ innovative definition of “Holocaust literature” itself: “Holocaust literature comprises all forms of writing, both documentary and discursive, and in any language, that have shaped the public memory of the Holocaust and been shaped by it.”

This is by no means light reading, but it is both accessible and powerful. “Holocaust Literature” offers something for a remarkable range of readers, from the scholarly expert for whom the repeated references to metonymy will resonate to the less experienced reader, who may simply seek to augment a reading list.