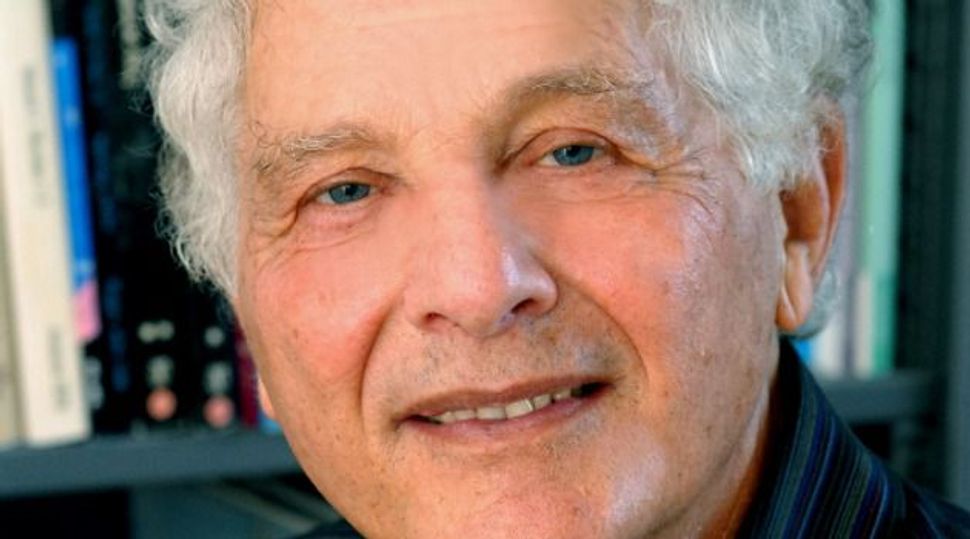 The Task of This Translator: Robert Alter, author of ?Ancient Israel,? says that the story of David is one of the greatest pieces of narrative in literature. Image by Peg Skorpinski

Literary scholar Robert Alter has spent the past three decades shedding new light on one of Western civilization’s oldest and best-known texts. In his 1981 work “The Art of Biblical Narrative” and subsequent writings, Alter has argued that the Hebrew bible is threaded through with a previously unrecognized set of sophisticated literary techniques that unify the text and amplify its themes. He also has put his theories into practice by producing a series of critically acclaimed biblical translations in which he attempts to clear away the inaccuracies, inelegance and muddiness of past translations and to transmit in English the clarity and literary power of the Hebrew original.

With the recent publication by W.W. Norton & Company of “Ancient Israel: The Former Prophets,” Alter has now translated more than 60% of the Hebrew bible in slightly less than 20 years. The latest volume covers the books of Joshua, Judges, Samuel and Kings, which recount the Israelites’ turbulent sojourn in the Land of Israel, beginning with the conquest of the land under Joshua and continuing through the chaotic warlordism of Judges, the establishment of monarchy under Saul and his subsequent displacement by David, and the schisms and assassinations following the death of Solomon that finally culminate in Israel’s defeat and exile.

Anthony Weiss: You first translated the David story more than a decade ago, and you’ve described it, along with Genesis, as one of the greatest pieces of narrative in literature, let alone the Bible. What makes the David story so powerful?

ROBERT ALTER: First, the representation of the life of David. You begin with a very young man who is ambitious, is attractive, has lots of abilities, is charismatic and then becomes this military hero, and everybody loves him. And then the story tracks him through time, as he gets transformed by experience and by age until finally you see him as an old man, maybe out of touch with what’s going on around him, shivering in his bed and near his very end.

I would put that together with the very complicated and probing interaction of characters in the realm of politics. I honestly think that the story of David is one of the two or three greatest stories we have in all of literature about man as a political animal. You see the things that David has to do to survive, to obtain power, to retain power. You see the conflict between the demands of his political role and his private life. You see how his relationship with his military commander, Joab, has not evolved, and how he becomes dependent upon Joab, who turns out to be a much more unswervingly ruthless person than David is. So this complicated interaction between character and politics and political institutions in the struggle for power makes for a really great narrative.

What else stands out for you in “The Former Prophets”?

I find the Book of Judges very exciting. In a way, it’s kind of the Wild West era of ancient Israelite history. There is this refrain in the closing chapters of the Book of Judges: “In those days, there was no king in Israel. Each man did what was right in his own eyes.” So you have this setting of political chaos. You have these ad hoc military leaders who exercise daring, resourcefulness, ruthlessness. You have the wonderful story of Deborah and the victory that she basically inspires over the Canaanite army, and, in the midst of that, a Song of Deborah, which may well be the oldest poem we have in the Hebrew language. It may go back as far as 1100 BCE, and it has a kind of grandeur and archaic magic that I find quite exotic.

And then, of course, you have the chapters devoted to the Samson story. He seems to be a kind of magical folk hero, somebody whose awesome strength is counterweighed by his imprudence in relation to women. That folktale material, like most of the folktale material in “The Former Prophets,” has been reworked, I think, by a very sophisticated artist who has a sense of recurring motifs and analogies between one episode and the next, so it makes for great reading.

Kings is the most miscellaneous of all the sequence of books. There are some of what you call in French longueurs — that is, tedious sections. I don’t get too excited about a long catalog of the furnishings of Solmon’s Temple or the furnishings of his palace, which take up a number of chapters in the early part of Kings. But then there are fascinating materials. The figures of the two prophets, Elijah and Elisha, are quite intriguing. And then there is a long sequence of very unblinking representations of the savagery of court politics. There’s a long cycle of usurpations and assassinations and palace intrigues and so forth. The history of ancient Israel is by no means idealized in these books. That’s one of the things that’s so great, I think.

Are you continuing to do translation work?

At the moment, I’ve decided to give myself a breather from the biblical world and I’m working on a large volume of translations of the poetry of Yehuda Amichai. I’ve so far done about 100 poems by Amichai on my own, and then there are some very good translations by others. I hope to have this volume ready to send to the publisher this summer, after which I will go back to translating the Bible, but I haven’t yet entirely decided which biblical books I’ll do next.

What are the leading candidates at this point?

The obvious thing would be to go on to do the Latter Prophets, which is next in line. Obviously, if I’m going to do the whole thing, I have to tackle that. It’s very challenging because it’s a large block of material, and there are lots of complications in the text because the three major prophets — Isaiah, Jeremiah and Ezekiel — everybody agrees that those texts are layered. That is, they have not only what are probably the authentic prophecies of each of those three figures, but then later prophecies that were introduced into the text.

The other possibility would be to put together a volume of short, late biblical books, like Esther, Ruth, Song of Songs, maybe Daniel.

Do you have a sense of playing hooky from the Bible to pause and translate Amichai?

Oh no. My involvement in Hebrew literature began with the modern period, and I still teach it and have a great love for modern Hebrew literature. Yehuda Amichai is one of the great poets of the 20th century, for my money, in any language. He also happened to have been a dear friend of mine, so I have a sense of personal connection. I’d like, if possible, to get all the way through the whole Hebrew Bible, but I don’t consider that to be my only scholarly translator’s task.