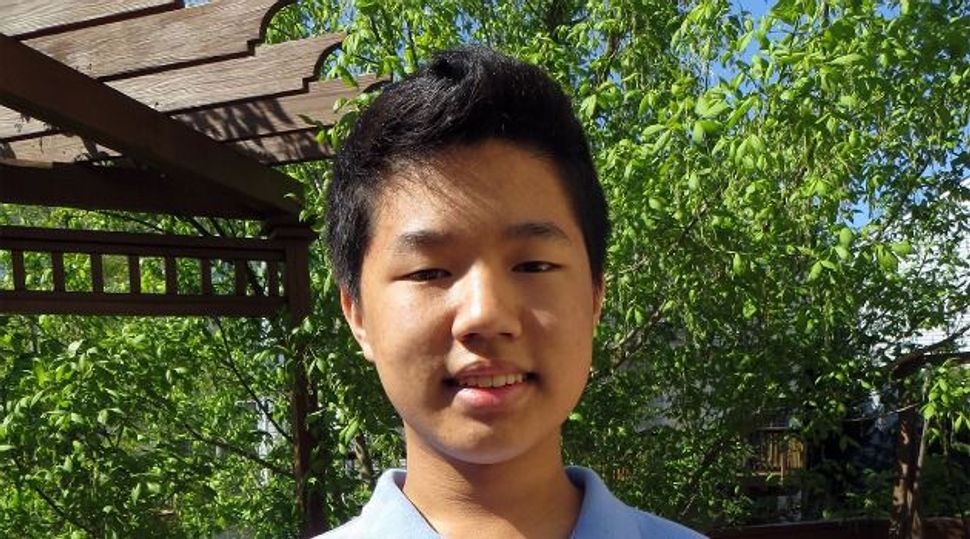 Perhaps the most surprising detail about “Keeping My Hope,” a new, self-published graphic novel about the Holocaust, is its author: Christopher Huh is only 14 years old. The second most surprising detail is that he’s not even Jewish. He’s a second-generation Korean American from suburban Maryland who was only vaguely aware of the Holocaust before his seventh-grade English teacher led a unit on the subject.

Christopher’s class had been reading Hans Peter Richter’s Holocaust novel, “Friedrich.” “I was pretty shocked by what the teacher was telling us,” he told me when we met over lemonade at La Madeleine, near the Bethesda metro station. (Unlike Bethesda, Christopher’s hometown of Germantown doesn’t have a sizable Jewish population.) “I mean, I’d heard of the Holocaust before, but I didn’t know it was this extreme. I couldn’t believe some of the things I was hearing. But then when I looked around to see what other students were thinking, they weren’t really paying attention. They were just talking and chatting and not really listening.” 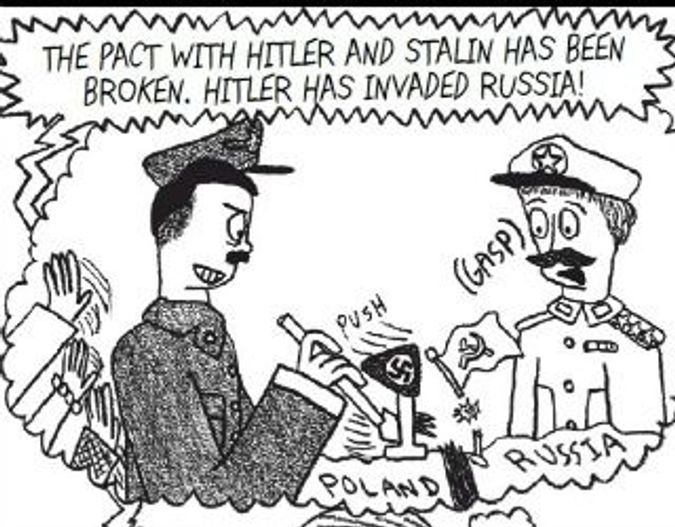 Christopher says he wanted to teach the Holocaust “in a different way.” He conceived of “Keeping My Hope” as a tool to introduce kids to the Holocaust: “I wanted the book to be easy to read, but I also wanted the subject to be taken seriously. I want people to realize that I can handle this stuff, and other kids can, too.”

From that point on, Christopher devoted himself wholeheartedly to his project. Though the characters and plot evolved as he worked, Christopher never doubted that “Keeping My Hope” would be a graphic novel. He’s been drawing for as long as he can remember. “Always with pencil,” said his mother, Yoon Huh. “Before he even started writing, he was drawing. But only in pencil — never crayons.”

“Keeping My Hope” draws on Christopher’s considerable talents both as an artist and as a storyteller. It begins with a grandfather in something like contemporary America telling his granddaughter about his childhood in Lomza, Poland, before the war. The main character’s name is Ari, which Christopher chose “because it means lion, strength. I chose that name and set it up as I did so that people would know that he survives.”

Christopher estimates that he spent more than 1,000 hours researching the events narrated in Ari’s story, and indeed he crams quite a lot of history into the novel’s 170 pages of black-and-white drawings: from the first glimmerings of anti-Semitism to the Soviet occupation of 1939, then the ghetto, the liquidation of the ghetto and the transport to Auschwitz. A good half of the book is devoted to Ari’s time at Auschwitz, which ends with the death march that kills his last remaining friends.

Christopher did the bulk of his research on the United States Holocaust Memorial Museum’s website, using its easily searchable survivor interviews, documentaries and historical background for the different events he chronicles. “You just type ‘Death March’ in the search bar, and a lot of survivors’ stories come up,” he said. He also visited the museum in person twice, and last summer he went to a synagogue in Potomac, Md., near his home. “They were very happy and supportive of the project,” he said. “I even met an 84-year-old Holocaust survivor who went to the temple.”

Christopher, who plays piano and viola, listened to Itzhak Perlman’s CD of klezmer music constantly while he worked on the book, which took him about a year to write.

“He spent a couple of hours a day, every day,” Yoon Huh said. “He was very disciplined. I was always driving him to the library so he could get more books.”

When asked if this single-minded commitment to the book affected his schoolwork, Christopher shook his head. “I still got all my work done and got A’s in all my classes,” he said. “I wanted to dedicate all my time to the book, but I wasn’t falling asleep in class or anything.”

Christopher said that reactions from his peers have been overwhelmingly positive: “I was really happy when some of my classmates have come up to me and asked to buy the book. Even people I don’t know have come up to me and said what a good book it is.” His teachers have also been supportive, he said, especially the seventh-grade English teacher who introduced him to the Holocaust.

“They call him ‘Author Boy’ at school,” his mom added proudly.

“I want to make sure ‘Keeping My Hope’ gets into Maryland’s reading curriculum,” Christopher said. “I’d like it to be in every public library in America. Some people just have no idea what the Holocaust is, and I think ‘Keeping My Hope’ is a good way of summing up what happened through one eyewitness account.”

“I’d like to earn enough money from the book to make a trip to Auschwitz and visit places like Warsaw that I researched.”

Laura Moser is a writer living in Washington, D.C.