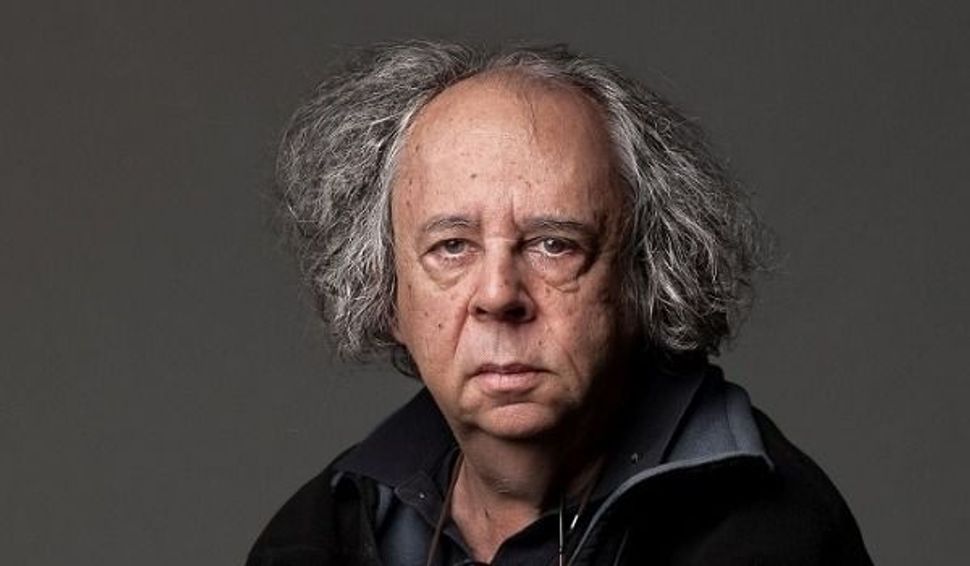 In the bad old days, when downtown Manhattan was still overrun by scruffy, industrious, half-lunatic artists exploring the possibilities of theater and performance with great purpose but no thought toward the market, Richard Foreman was our rabbi.

Each spring, a new play written, directed and designed by him would appear at the Ontological-Hysteric Theater, the small black box theater he ran out of St. Mark’s Church. We’d trek over and pay our $10 or $15 and watch him — a disheveled, egg-shaped man with long stringy hair and frayed, formless clothes — fidget and wince in his seat behind the light board before barking, “Places for the start of the show.” Then the house lights would snap off, or sometimes they wouldn’t, and we’d experience a thing so utterly different from any other show we may have seen before (except the Foreman play we’d caught a year earlier), as to challenge every notion we might have ever had about what theater was and what it could be.

There were familiar motifs: a shallow stage designed to look like the ramshackle parlor of a demented hoarder; 100 clocks on the walls, all set to different times; mirrors; spooky dolls hanging from the ceiling; letters of the alphabet written in chalk, almost but not quite cohering into words. String would be pulled tautly across the space between the stage and the audience — sometimes white, sometimes black, sometimes black-and-white striped. Often the stage and what happened on it were separated from you by a thick pane of glass through which you could watch yourself watching the play. Flashbulbs would go off. Stage lights pointed at the audience would flicker and shine bright and then fade again.

Actors would wear thrift store clothes, a clashing troupe of musty iconic types — a sea captain, a 17th-century French nobleman, a pirate, a cowgirl, a talking dog. Old-timey music would play in the background as they talked to each other, like in any other play, but the words they said refused to cohere into narrative.

You’d struggle for a while, doing what we do in the presence of art: drawing associations, teasing out patterns, searching for meaning in the spaces where you felt it must be lurking. You’d develop a theory about what was going on: There’s some sort of sexual tension between the pirate and the cowgirl, and it’s causing the pirate to experience excruciating mental anguish. Maybe this is a debate, you’d think for a moment, about philosophy, ethics, ways to be in the world.

And then, with a bang and a crash, the flashbulbs would go off, the actors would drop to the floor in dramatic pratfalls and the debate would be abandoned for another topic, as oblique and unknowable as the one before.

Your attention would wander. You’d catch sight of yourself in the glass. You’d see someone sitting a few seats to your right, tapping his index finger against his lip, mystified. You’d focus on the stage — the cowgirl accusing the pirate of brutality; the pirate accusing himself, agreeing with her. A narrative might seem to be coming into view, but then you’d be distracted by something you hadn’t noticed before: a candelabra, maybe, or a small disco ball hanging from the ceiling, behind the pirate’s head.

Eventually you’d give up on the search for meaning. You’d let the clashing and confusing things occurring in the space around you wash through you. You’d enter a kind of a hypnotic state in which the actors and the music and the assault of sound and light and the objects mounted around the stage flowed in and out of your consciousness, and when the play ended you’d realize that this was the objective. The play was the debate about ethics and philosophy and how to be that you’d sensed it was. Just, this debate wasn’t so much happening onstage as it was happening between the stage and you — and the meaning couldn’t be described, only experienced. You’d been through a ritual heavy with mysticism, a kabbalistic rite, and you’d come out the other side as an ever so slightly different person than you were when you entered the theater.

Year after year, for decades, Foreman put on a new show, and year after year we made the trek. And then Foreman quit, and his yearly plays were no more. In 2009 he created a musical theater piece at the Ontological called “Astronome,” with the musician John Zorn. He put on one last play, called “Idiot Savant,” this time at The Public Theater (where he had periodically been working in his off-time since 1977) and he cast Willem Dafoe. He also made a movie.

He and the theatrical scene he presided over seemed to be disappearing from the realm of the possible. No more would we be able to mark the years with our visits to Foreman’s ramshackle temple.

But now he’s back with a new play at The Public, “Old-Fashioned Prostitutes.” The string, the cryptic letters written on the wall, the mirrors and flashbulbs and antagonistic voices shouting through the speaker system at the audience, as much as at the characters onstage, have all returned. The ritual is being enacted one more time. This time, the primary sufferer, named Samuel and played by Rocco Sisto, is a menacing, volatile presence onstage, dressed in white early 20th-century golf garb with an open book strung across his chest. The coquette who flatters and tortures him is called Suzie (Alenka Kraigher), and she looks like something out of a Toulouse-Lautrec poster and purrs like a film noir femme fatale. There’s a flapper. There’s a flyboy in the Red Baron mode. Every so often, a Michelin Man gone to seed — a cartoonish, Krazy Kat outcast — races in to disrupt the play with some demented vaudeville. Illuminated fruit hangs from the ceiling, tantalizing, just out of reach.

Enter the experience. Let yourself fall into the rift that Foreman’s carved out of space and time.

Bang. Crash. Boom. BRIGHT LIGHT! Get that bright light out of my eyes!

Do you hear it? Do you see it now? That’s a liturgy — a secular and profane one, to be sure, but its language is Semitic. Foreman’s davening again, and if you let the rhythm of his rocking enter you, he’ll remind you what it feels like to be ecstatic, what it is to be hysterical, what it means to circle the meaningless void that is the wellspring of all meaning. He won’t comfort you, but he will teach you something about how to endure the irreconcilable. He will teach you something about how to survive. Which is enough. Which must be enough.

So, come. Sit. Listen and see. Let your mind wander. There’s much to be afraid of. That’s why we pray.