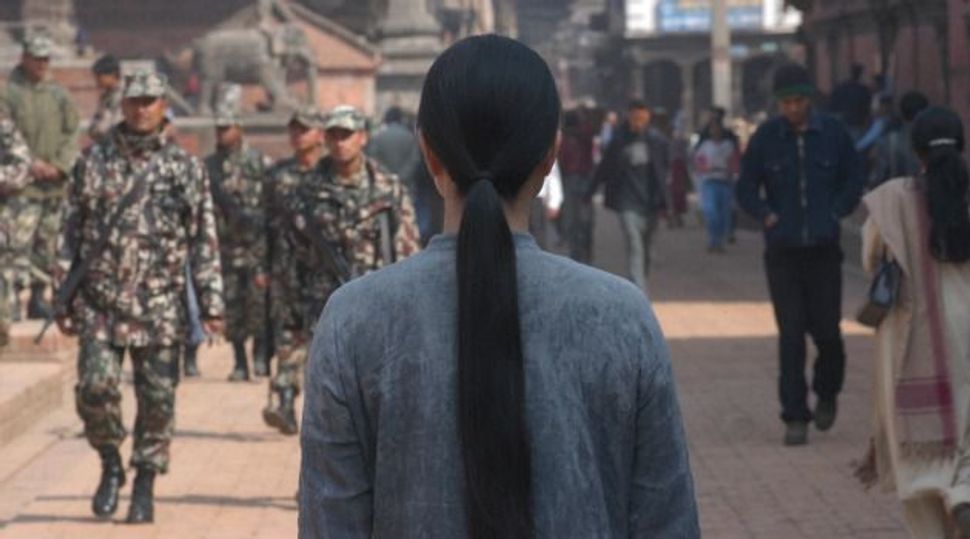 The Tel Aviv Museum of Art is an institution in transition. The addition of the Herta and Paul Amir Building, opened to the public in 2011, effectively doubled the museum’s exhibition space. The sharply angled facade cuts across the rigid lines of the city’s Bauhaus-inspired architecture.

Internally, the museum has gone through a crisis of sorts, precipitated by the death of its former director, Mordechai “Moti” Omer, in June 2011. Unwelcome publicity came in the form of protests from artists and art world figures who opposed the museum’s selection process for a new director as not being sufficiently open and transparent. The protest leaders also drew attention to what was perceived by some to be a conflict of interest regarding collections owned by members on its board of directors and exhibited in the museum, thus or thereby bringing up the value of the collection.

The choice of Suzanne Landau as the new director and chief curator a little more than a year ago was considered, in the words of Haaretz, to be a “staid choice.” Landau has been anything but that. She initiated the museum’s recent purchase, along with the Solomon R. Guggenheim Foundation, of Yael Bartana’s video trilogy “And Europe Will Be Stunned,” and has been making her mark with more contemporary exhibitions than those of her predecessor.

The museum’s latest exhibit, “Host & Guest,” organized in cooperation with Artis (a contemporary Israeli art fund), has been in the works since 2011. Nine exhibitions and a series of workshops and panel discussions involving about 40 artists, curators, theorists and political activists are being presented in the exhibit, which is being overseen by curator, author and art critic Steven Henry Madoff.

Madoff has visited Israel countless times and is conversant with its art scene and politics. The choice of the “Host & Guest” theme, taken from a book titled “Of Hospitality” by French philosopher Jacques Derrida, ties in with aspects of his views on curatorship and should be seen in a Middle Eastern/Israeli context.

Speaking with the Forward in Tel Aviv, Madoff said, “I think it’s an interesting theme, because hospitality to me is at the basis of human relationships; it’s also at the basis of curating, because you’re welcoming people, you’re offering something to the guest. That’s what a curator does.”

With the future exhibition in mind, Madoff selected curators and artists he was interested in working with and suggested a group trip around Israel. The group visited Jerusalem, Haifa and Ein Harod and also spent time in Ramallah, in the West Bank. Madoff has had a taste of how the cultural boycott of Israel’s occupation could affect his plans; some American and European artists and curators had refused his offer to take part in the project. If he had been nursing hopes of Palestinian artists participating, those were soon dashed, as those artists he met in Ramallah, despite being interested in his ideas, told him that they wouldn’t work with an Israeli institution.

After the group trip, Madoff gave the curators several weeks to deliberate on notions of hospitality vis-a-vis the “host/guest” theme and then suggest proposals for exhibitions. By his own admission, he was insistent that the works presented be related to the Israeli social/political climate. “I did not want it to be a colonialist, imperialist thing where the fancy guy from New York flies in with his fancy friends and does something that has nothing to do with the place or the issues here.” he said.

In a country as charged as Israel, politics is never far from the artistic discourse. As Madoff notes, “When people here talk about the ‘other’ or about conflict, it’s not some abstract theory; it’s not like they are taking courses in political science and cultural theory and it doesn’t mean anything. It’s life, and that informs the art, and that’s why I keep coming back.”

The exhibition officially opened on May 2, though works from several artists chosen by the Brazilian curator Ana Paula Cohen will not be displayed until June. As of this writing, the Indian group Raqs Media Collective has been rehearsing and filming a performance on site based around an edited text of selected poems by Yehuda Amichai and Mahmoud Darwish.

This is an unusual show by Tel Aviv Museum standards, involving conceptual, avant-garde and political work as well as the more traditional mediums of painting and photography. The works on view are grouped under titles that have been selected by each curator, and are given rooms and spaces unto themselves. Among the titles are “Dirty Realism” and “Dis/Placed.”

There are hits and misses. Video works by such Israeli artists as Roee Rosen and Michíael Zupraner are lengthy and complex, placing demands on the viewer, demands that one suspects will not be met. The benches provide no comfort for watching videos, some of which are one hour long. Given the now established medium of video, and exhibitions increasingly revolving around film works, the museum might need to consider creating more suitable conditions for viewing if it expects people to genuinely engage with long video works.

More successful is Dora Garcia’s “mail art” installation, a low-key work-in-progress that attempts a kind of meditation on the theme of exile. Situated on nine tables are scatterings of letters, newspaper clippings, maps and assorted other items in various languages, sent from European countries and Israel and addressed to Landau.

On receiving the mailed items, Landau is tasked with placing them (or not) on the tables. The cumulative effect of the display, enhanced by the foreign stamps, postmarks and personal effects — such as a photograph of Sigmund Freud’s living room, or the remnants of a Paul Celan poem — is intended to evoke feelings of memory and loss experienced by those in exile. “Between here and there, nothing is home anymore,” an inscription reads. “Life is divided into pieces…”

Stark and scarred images of Israel and the West Bank’s desert landscape are seen in the photographs of Miki Kratsman and in the beautifully shot, desert travelogue of Nir Evron’s video work, titled “In Virgin Land.” Kratsman’s images of Bedouins and several accompanying photographs of destroyed homes, some of which appear like mangled pieces of modern sculpture in an apocalyptic landscape, will be familiar to many Israelis. In light of the ongoing demolitions of Bedouin camps by the Israeli army in the South-Hebron Hills and the still pending implementation of the Prawer Plan, Kratsman’s photographs are particularly resonant.

Of all the works presented, none seems to touch on the host/guest theme or embody ideas on hospitality as closely as Kimsooja’s 2005 video, “A Needle Woman,” which is shown on six screens. The film is completely silent, an intensely visual work. Assuming a position of stillness, amid throngs of moving people in trouble-ridden cities in various parts of the world, the artist’s erect figure is both striking and rife with tension.

For the passing crowds (and for us, as we never see the artist’s face) the figure is alien, the significant “other” not of them (or us); their facial expressions and reactions reflect the surprise, strangeness, fear and humor of the encounter. A “guest” on foreign soil, the artist’s solitary figure never verbally engages with her hosts; they are merely aware of her presence and active stillness in the swirling currents of the busy modern metropolis.

Despite the fanfare accompanying this project, Madoff is careful to say that “the shows are not meant to be a prescription for anything.”

Will the Israeli public be moved? If not, at least they won’t come away empty-handed: David Tartakover, graphic designer and artist, has designed four posters that use images of baggage to create his own personal take on the concept of being a guest in a foreign land. The posters are free for the taking, a gesture from the artist as host to the visitor as guest.

Graham Lawson is a freelance writer based in Tel Aviv. He writes articles about the Israeli art scene.