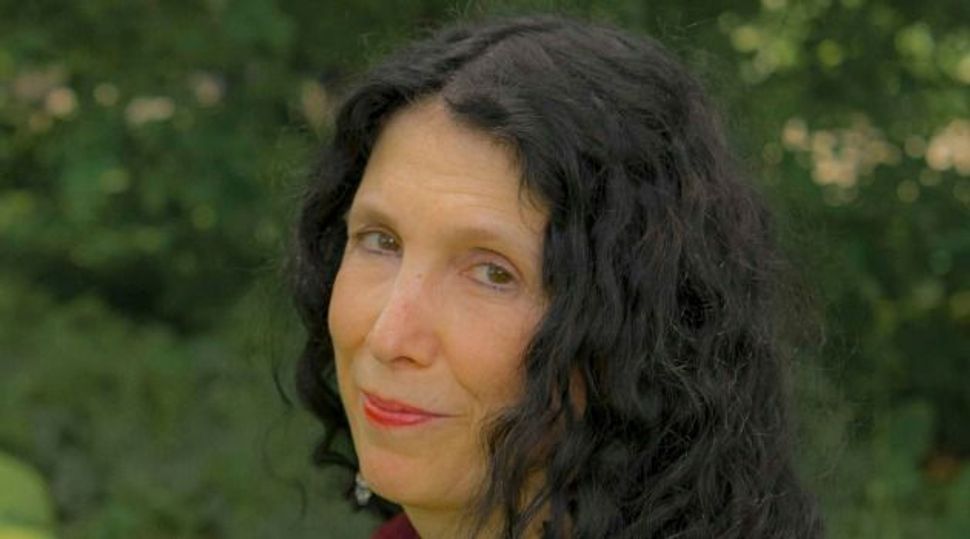 Going Back To Mass: For her new novel, ?Is This Tomorrow,? Caroline Leavitt revisits her childhood in a Christian suburb of Waltham. Image by Jeff Tamarkin

By the time I was 5, I was already an outcast. It was the early 1960s, and I was part of the only Jewish family in a decidedly Christian suburb of Waltham, Mass. Brandeis University, the only thing Jewish about Waltham, was 20 minutes away.

We had moved to Waltham because we couldn’t stay in my grandmother’s cramped Quincy apartment any longer. My father insisted that the suburbs were paradise, the part of the American Dream he yearned for. And truthfully, we couldn’t afford Belmont or Lexington, where the realtor assured my parents that “our kind of people lived.” My parents knew he meant Jews.

The first day we moved in, I thought I had been abandoned in the desert. My older sister wouldn’t hang out with me, so I stayed out on the front lawn, looking for other kids to play with.

A girl my age ran by and shouted at me, “You killed Christ!” Stunned, I stepped back, confused both by her anger and what she had said. As far as I knew, I hadn’t killed anyone, not even an ant.

But the real pain didn’t start until grade school. The first thing we had to do every morning was fold our hands and say the Lord’s Prayer. I had no idea what the prayer was, but I yearned to fit in, so I moved my lips and mumbled.

I was a bookworm who aced every test — until third grade, when my teacher handed out a pop quiz about Jesus and the Apostles. Everyone else was scratching out answers, finishing the test jubilantly. I guessed at the multiple choice and wrote in “Jesus” or “Apostle” for every question, hoping I’d get at least some right. At the end of the day, the teacher handed me a paper with a big, glaring F. “Your mother has to sign it, ” she said sternly.

My hands were trembling when I handed the test to my mother. I saw her face flame, and I waited for her to scold me. “We’re going to that school,” she said, and she took both the test and my hand and stormed into the principal’s office. She refused to sit down, and planted the test on the principal’s desk.

“How can you grade a Jewish child on Christian subjects?” she demanded. The principal sighed heavily. He took the test and scribbled out the grade. “It won’t count,” he said, and then, just as my mother was about to shake his hand, he added, “I understand you people are sensitive.” My mother withdrew her hand.

My friends knew, though. My best friend, Judy, offered to take me with her to her Mormon Church each week (my parents quashed that idea). My friend Kathy wanted to know if I wanted to go to confession with her. (I didn’t.)

At Christmas, my friends got quiet when I came to school, because they knew I didn’t have the Patty Playpal dolls they had received, I didn’t have the Radio Flyer wagon or the games, and even when I showed off my eight Hanukkah gifts, somehow they didn’t measure up. I cried to my mother that I wanted to go to Hebrew school; I wanted Jewish friends. But when my mother took me, the kids there all knew each other, and somehow I was even more of an outcast.

And then another family moved onto the block, and, to my great relief, they were bigger pariahs than we were. In fact, it wasn’t a proper family at all, but a divorced woman with two kids!

Apparently, divorce was a worse scandal than being Jewish, plus this woman had boyfriends! (“She can’t get enough” was whispered darkly.) No one talked about her having horns the way they did with my family, but the neighbors told us not to go in her house, because it was dirty. They said not to play with her kids and to stay away from the men we all saw going in and out of her house.

But I knew a kindred soul when I saw one, and the girl, Annie, and I became best friends. Annie didn’t care that I was Jewish; she made most of her spending money baby-sitting for a Jewish dentist, and she loved his family. She said they were always taking her places, and when she turned 12, she told me excitedly that the dentist and his family were moving to California and adopting her.

“You have a family. You can’t get adopted,” I said.

And then, two weeks later, she vanished with the dentist’s family. Just like that. And then, a month later, her mother and her younger brother moved, too, and no one knew to where. What happened?

“She’s divorced. That’s what happens when someone is divorced,” my mother told me. I stood on the lawn, yearning for Annie’s house, wondering how she, the person I thought was my best friend, could leave without even giving me a forwarding address.

I grew up. I made it through my high school years, and I ended up at the University of Michigan, as far away from Waltham as my parents would let me travel. I moved to Pennsylvania and then Manhattan, a world full of Jewish people! I told people I was Jewish and was proud of it, but underneath the pride was a scar that never quite healed, the result of a childhood I wanted to forget.

I became a novelist, but I never thought of myself as a Jewish novelist. I just never wrote about Jewish people or Jewish issues, and I told myself that was because I was haunted by other things. But then I began to write “Is This Tomorrow,” a book set in the 1950s, and to my surprise, it was set in Waltham. And it was about a divorced Jewish mother who becomes an exile in her neighborhood. I created a 12-year-old boy who walks out of his house and then vanishes. Staring at the pages, I suddenly knew what I was really writing about. And whom.

The more I wrote, the more I realized that this was my first Jewish novel. My past rushed back to me, so vividly that all the pain came back. I wept for the characters that were ostracized. I cried over my friend Annie, who had grabbed at a chance to be adopted into a new and better life, leaving everything old and familiar behind, the same way I had when I left Waltham.

As I wrote, I began to understand and feel for the people who were so terrified of anyone different from themselves that they might lash out in fear — that they might do something unthinkable. By going home in my novel, I could forgive my old neighbors and my well-meaning and not-so-well-meaning friends. But most important, by letting in the pain, I came to understand it, heal it and, finally, let it go.

Caroline Leavitt is the New York Times and USA Today best-selling author of “Pictures of You”(Algonquin Books of Chapel Hill, 2011). Her 10th novel, “Is This Tomorrow” (Algonquin) is a May Indie Next Pick.