The 12 New (Jewish) Books For Summer 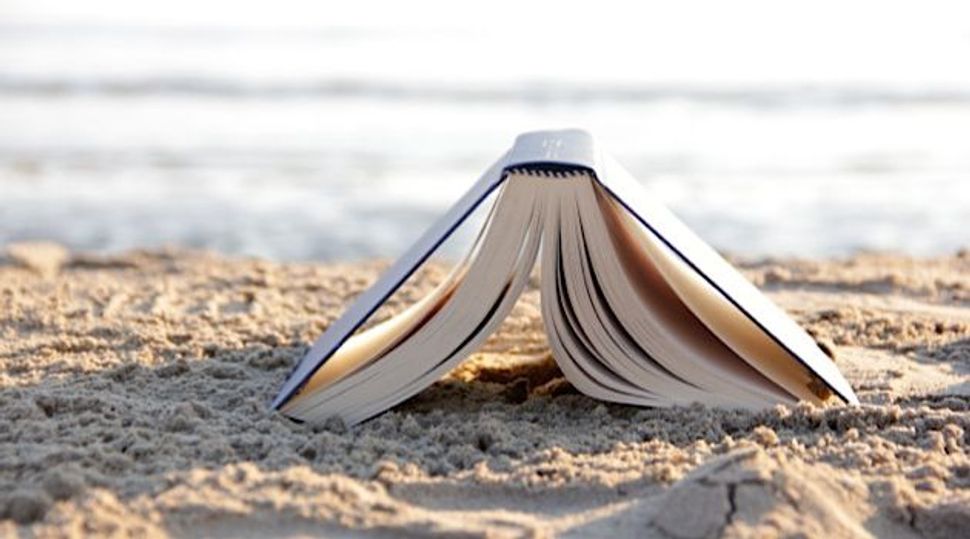 Summertime, when the living is said to be easier and vacations beckon, can favor us with more reading time. But heat doesn’t necessarily mean light — and not all our book suggestions, split evenly between new releases in fiction and nonfiction, are typical beach fare.

Though cineplexes fill with frothy comedies and special-effects epics, publishing houses remain eclectic. We’ve tried to reflect that diversity in a Jewish-themed list that includes satire (“The Love Affairs of Nathaniel P.” and “The Unknowns”), historical romance (“Freud’s Mistress”), biography (“Super Boys” and “Kafka: The Years of Insight”) and the autobiography of the inventor of the word “genocide” (“Totally Unofficial: The Autobiography of Raphael Lemkin”). Not exactly light.

We’ve even found a Holocaust memoir with an improbably happy ending (“I Kiss Your Hands Many Times: Hearts, Souls, and Wars in Hungary”), and a fictional account of the postwar life of Anne Frank’s older sister (“Margot”).

The London-born Roth is both a writer and a software developer. And the protagonist of his debut novel is a young Silicon Valley millionaire better at seduction than at love. This coming-of-age story is also a satirical comedy of manners about the tech universe and contemporary romance.

The author of “About Schmidt” (1997), which became a 2002 Jack Nicholson film, invents a tale about an upper-class woman unhappily wed to a garage owner’s son who made it on Wall Street. They divorce; he dies, and the narrator, who once knew them both, sets out to unravel the mystery of why the widow remains so bitter. 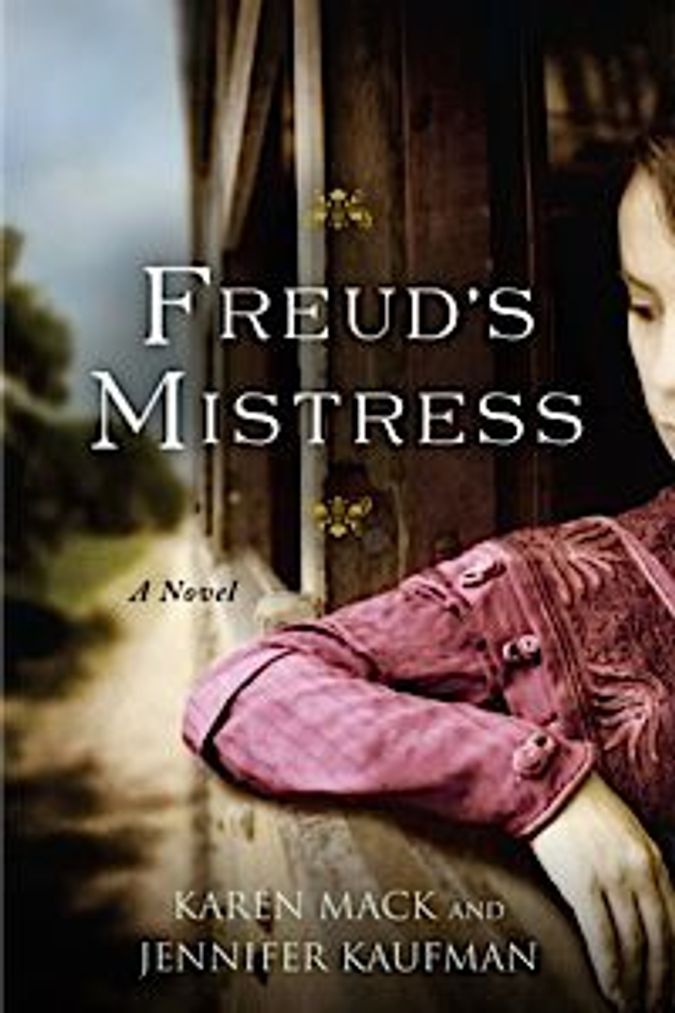 It’s officially a trend: Several recent novels, including “Loving Frank,” “The Paris Wife” and “Z,” have offered fictional versions of doomed real-life romances involving creative types besotted by women or drink or both. In “Freud’s Mistress,” co-authors Karen Mack and Jennifer Kaufman take the conceit a half-step further, fleshing out recently discovered (but still disputed) evidence of a liaison between Sigmund Freud and his sister-in-law, Minna Bernays. The setting is fin-de-siècle Vienna, a place of high intellectual ferment where Freud pioneered his theories about sexuality and the unconscious mind.

Brooklyn-based Adelle Waldman’s debut novel follows the adventures of a rising young Brooklyn literary star as he stumbles from conquest to conquest. A satire of both the contemporary literary scene and the contemporary male mind, this novel may be one you hate to love, or love to hate.

This is the second short-story collection by the novelist Peter Orner, with memories and the importance of storytelling as themes. Orner’s work has been compared with Saul Bellow’s (in part for its Chicago settings), and The New York Times called Orner “the publishing equivalent of a character actor,” someone who is revered by industry insiders and deserves to be better known.

What if Anne Frank’s elder sister, Margot, hadn’t died of typhus in the Bergen-Belsen concentration camp? What if she had instead escaped to Philadelphia, become a legal secretary and assumed the name Margie Franklin to cloak her Jewish identity and European roots? That’s the intriguing counterfactual premise of Jillian Cantor’s novel, “Margot,” in which the growing popularity of Anne Frank’s diary obliges the novel’s eponymous protagonist to confront her past.

From the DC Comics strip, to the 1950s black-and-white television series starring George Reeves, to the elegant tongue-in-cheek movies with Christopher Reeve, to “Lois & Clark: The New Adventures of Superman,” “Smallville” and the forthcoming film “Man of Steel,” Superman seems constantly to be with us. Michael Chabon fictionalized the comic’s backstory in his Pulitzer Prize-winning 2000 novel, “The Amazing Adventures of Kavalier & Clay.” Now, Brad Ricca gives us the first full biography of Jerry Siegel and Joe Shuster, the icon’s creators, and spells out the origins of both Superman and his longtime love, Lois Lane.

● Difficult Men: Behind the Scenes of a Creative Revolution, From ‘The Sopranos’ and ‘The Wire’ to ‘Mad Men’ and ‘Breaking Bad’
By Brett Martin
Penguin Press, $27.95, 320 pages Out July 3

Here at last is a book for those of us who are glued to cable television every Sunday night — and tired of telling our most stupidly snobbish friends (who refuse to watch) that they’re missing some of the best entertainment around. The title, “Difficult Men,” refers to both the showrunners themselves (including David Simon of “The Wire,” Matthew Weiner of “Mad Men” and David Milch of “Deadwood” — all Jewish) and the anti-heroes who have insinuated their way into popular culture.

● Kafka: The Years of Insight
By Reiner Stach Translated from the German by Shelley Frisch
Princeton University Press, $35, 720 pages
Out June 9

Reiner Stach, who has edited Kafka’s works, brings a scholarly thoroughness to his planned three-part biography. This volume, translated from the German, covers 1916 to 1924, the last years of the writer’s life. Its account of Kafka’s literary accomplishments and personal relationships, is set against a chronicle of ravaged post-World War I Europe. The previous book, “Kafka: The Decisive Years,” which covered 1910-15, drew praise for its lively style; the third volume, on the writer’s early years, is forthcoming.

Lemkin (1900–1959), a Polish lawyer of Jewish descent, died without becoming a household name. Yet his accomplishments are still with us: He is credited with inventing both the word and concept of “genocide.” Lemkin escaped to the United States from Nazi-occupied Europe and lost dozens of relatives in the Holocaust. He left behind this previously unpublished autobiography that should be of more than academic interest.

● I Kiss Your Hands Many Times: Hearts, Souls, and Wars in Hungary
By Marianne Szegedy-Maszak
Spiegel & Grau, $27, 400 pages Out August 27

Using a cache of family letters from the 1940s, Marianne Szegedy-Maszak, a Washington journalist, resurrects her parents’ wartime love story and its intersections with Hungarian and Jewish history. While her mother’s aristocratic relatives brokered a deal with Heinrich Himmler to flee Hungary for Portugal, her father, a former foreign ministry official, was arrested and sent to Dachau. A Holocaust story with a happy ending, this book explores the complex moral choices faced by both individuals and countries during that bleak time.

● Hothouse: The Art of Survival and the Survival of Art at America’s Most Celebrated Publishing House, Farrar, Straus & Giroux
By Boris Kachka
Simon & Schuster, $27, 400 pages Out August 6 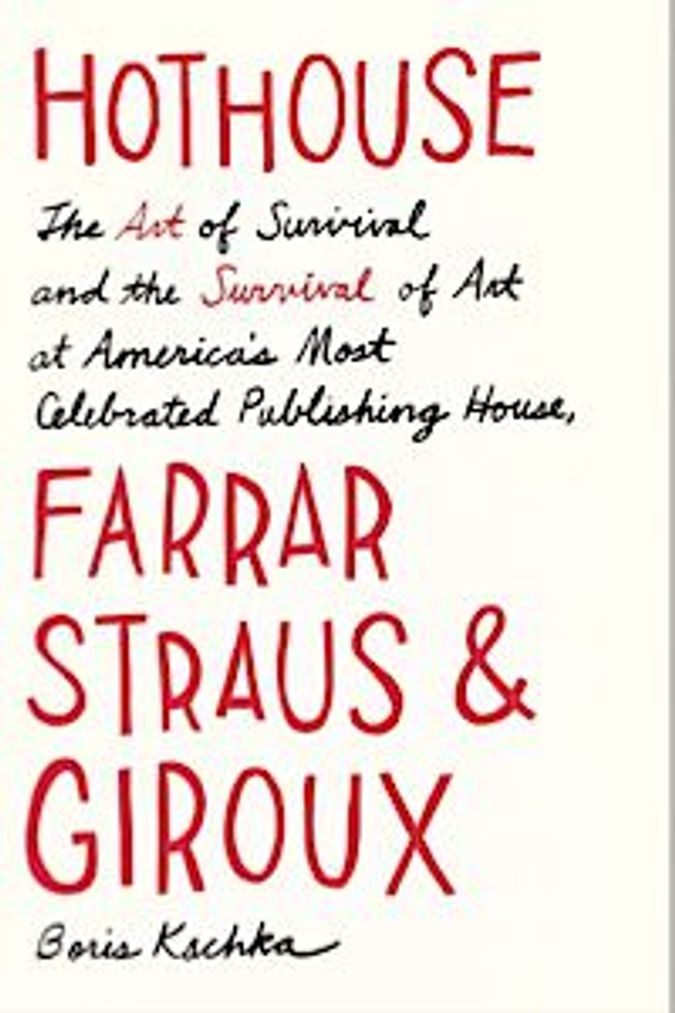 Publishing’s own hot read for the summer: Boris Kachka takes us inside the nation’s most elite publishing house — home to poets, literary journalists and assorted Nobel laureates. FSG’s authors have included T.S. Eliot, Tom Wolfe, Susan Sontag, Joan Didion and, more recently, Jonathan Franzen. Kachka explores FSG’s DNA by focusing on its founders: Roger Straus, the feisty black sheep of his powerful German Jewish family, and the more refined and reticent Robert Giroux. This gossipy saga, based on nearly 200 interviews and not published by FSG, should prove irresistible to anyone interested in either high literature or corporate infighting.

Julia M. Klein is a cultural reporter and critic in Philadelphia and a contributing editor at Columbia Journalism Review. Follow her on Twitter at @JuliaMKlein

The 12 New (Jewish) Books For Summer