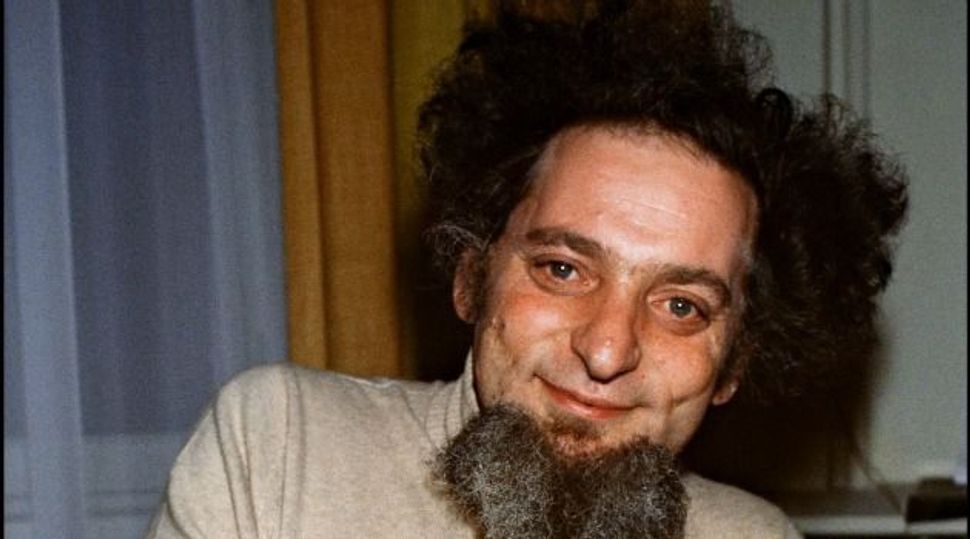 The Anglophone world is currently undergoing one of its periodical revivals — this time, of the panegyric experimentalism and formalist frolics of the French avant-garde literary collective Oulipo.

The Oulipo (Ouvroir de Littérature Potentielle), a workshop, movement and a taxonomic method, sprang up in the early 1960s with the intention of fusing the crystalline purity of mathematics with the formal constraints of literary play — puzzles crafted out of literary texts that sprung up from puzzles. The movement tinkered fruitfully and often pointlessly, with genres ranging from murder mysteries to crossword puzzles and palindromes. It counted Raymond Queneau, Italo Calvino and Jacques Roubaud among its savviest practitioners.

[Georges Perec,}(http://www.youtube.com/watch?v=GcjzsBL7OIg) who died tragically early of lung cancer a few days shy of his 46th birthday, was the Oulipian who most consistently and gleefully transfigured genre conventions while still writing remarkably readable fictions. His novel “La Disparition” (1969), translated by Gilbert Adair into English as “A Void,” was written without the letter e. The book’s title refers to a document certifying death when a body is not present; the missing ‘e’ has been construed as a cipher for judenrein European civilization.

Perec is currently seeing something of a renaissance; his magnum opus, “Life: A User’s Manual,” has recently been reissued along with a spate of his other novels, and many of his lighter and quirkier literary curios are now being translated into English for the first time.

“La Boutique Obscure,” his dream journal, collates 124 dreams, which he kept from November 1968 until August 1972 for the salutary purposes of furthering his psychoanalysis. It’s characteristically original if perhaps less ecstatically mad than might have been expected.

Perec proclaimed it the world’s first “nocturnal autobiography,’’ though certain motifs are reminiscent of an older tradition, such as the mystically laden dream books of Swedenborg. The tonal melding of the quotidian (he buys expensive cheese and frets about money), the commonplace sexual effusions of the nocturnal world along with the fantastically literary (Perec opens a secret door at work to find a Surrealist artist’s studio, and escapes down a crumbling staircase from the Palais de la Defense), owes something to the journals of surrealist and anthropologist Michel Leiris.

In the book’s preface, he admits self-consciously — and damningly — “I thought I was recording the dreams I was having; I have realized that it was not long before I began having dreams only in order to write them.” I will certainly not be the first critic to observe the dream’s evolution over the course of four years from vulnerable and inchoate impressionism culled from moments of bare consciousness to the baroque confabulations one step removed from movie scripts, in which the book ends.

Perec is himself keenly aware that the self-fragmenting disassociation from the self that is implicit in every act of writing is further heightened by the Oulipian constraints he employs. Freudian interpretation, always an innately over-formalized ritual of coupling predetermined meanings and specific symbols within the dream world, becomes an even more artificial ideal when one is self-consciously fashioning tales from one’s own psychic essence.

This book illustrates the implicit danger of the fable beginning to consume the mental world of the Fabulist. The traumatic core of the book is in the recurrence of nightmare Holocaust fantasias that constitute the first (No. 1) and last (No. 124) dreams, and to whose imagery Perec returns continuously.

Perec lost both parents to the conflagration of the war: German soldiers killed his father; his mother disappeared, most likely into the maw of Auschwitz. In dream No. 17., he fusses with his clothes inside a concentration camp. One does not need the analytic prowess of Freud to interpret the book’s recurring imagery of yearning to escape from captivity.

A pair of dreams deserve closer attention: The harrowing Dream No. 77 has Perec killing his wife and wracked with guilt, trying to sell her body to be made into alcohol by a distillery, only to be embroiled in Kafkaesque arguments about proper labeling. Dream No. 95 — “The Hypothalamus” on the other hand, is priceless. It details his torments at finding several thousand hidden e’s in “A Void” and deciding while still dreaming “to call this dream the ‘hypothalamus’ because thus is my desire structured.”

The index of “La Boutique Obscure” is a properly Oulipian oddity in itself: It encapsulates moods and processes and objects: “reversing,” “retracing the same path,” “logical or topological paradoxes” “stain,” rather than places, names and people.

The book has been ably translated by Daniel Levin Becker, the youngest knight around the exclusive Oulipo round table, membership being limited to an Arthurian, living 12 (like devotion to King Arthur, not terminating at the time of a member’s death). Becker is only the second American to be initiated after the indefatigable Harry Matthews, and is the author of last year’s very fine monogram on the movement, “Many Subtle Channels: In Praise of Potential Literature.”

“La Boutique Obscure” is the last of Perec’s major works to be translated into English and was composed during one of his most fecund periods, not coincidentally while he worked on his memoir, “W., or the Memory of Childhood.” Despite the many obfuscations and distortions created by the self-consciousness of the “constraints,” the book does reveal something of the inner world of a master working at the height of his powers.

Vladislav Davidzon is a writer and translator currently attending the European Union’s master’s degree program in human rights, in Venice.