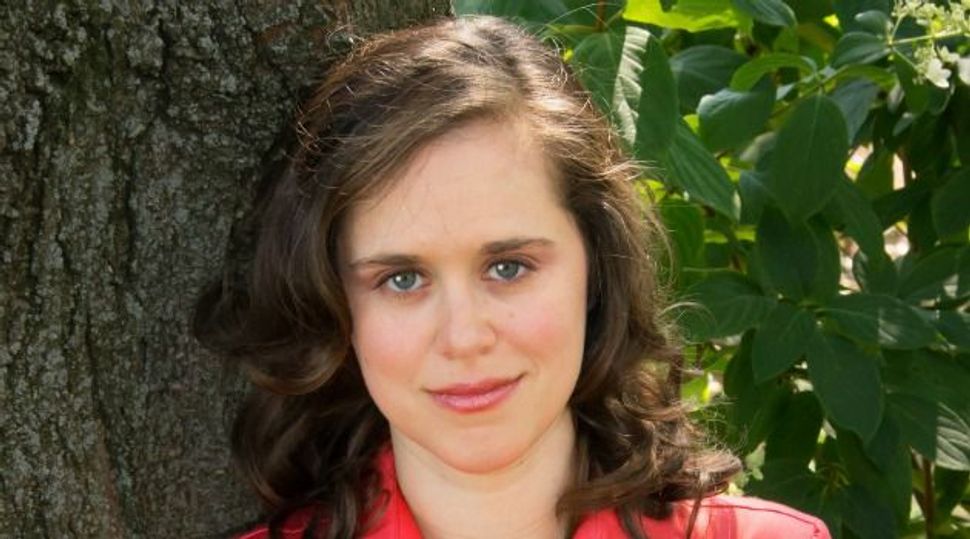 Unearthly Powers: In her debut novel, ?The Golem and the Jinni,? Helene Wecker conjures up two mystical creatures. Image by Sheldon Wecker

In “The Golem and the Jinni,” Helene Wecker mines the mysticism of two peoples to masterfully create a magical world out of clay and fire. Her story is so inventive, so elegantly written, so well constructed, it is hard to believe that it is her first novel.

[The Golem()http://en.wikipedia.org/wiki/Golem) is a well-known creature in Jewish lore, created out of clay by a rabbi to protect the Jews of the Prague ghetto from anti-Semitic attacks. In Wecker’s world, it is fabricated by a mystic at the behest of Otto Rotfeld, a failed Polish businessman who wants an obedient wife to take to the New World.

But Rotfeld dies aboard ship after waking his bride, who finds herself in 1899 New York without any sense of past or future.

The Jinni — or, more commonly in the Western world, genie — is Arab in background, born of fire and typically floats invisibly above the earth. But an evil wizard trapped it in a metal flask, and, when the Jinni was freed centuries later, also in 1899 New York, it is stuck in human form.

Both creatures are, of course, powerful. Chava, the Hebrew name for Eve that the golem takes on, reads your thoughts and is strong and, like a lion that has tasted human blood, dangerous.

Ahmad, the Jinni, is also physically powerful and can insinuate himself into a person’s dreams.

But the characters that Wecker creates around them are just as magical as the two creatures themselves: the rabbi who becomes Chava’s first guardian; Michael, the rabbi’s nephew, who eventually marries Chava; the tinsmith who frees Ahmad from the flask, and Saleh, the ice cream maker.

There are about a dozen principal characters, and the story is so complex and so intricately woven that it does not lend itself easily to summary. But it is involving —zigging and zagging — going where least (or never) expected, as these two creatures from different cultures navigate the strange places and people that are at the heart of this novel.

The book is so good that I wonder if there was some other-worldly power involved in its creation.