Edgar Feuchtwanger Recalls Living Across The Street From Adolf Hitler 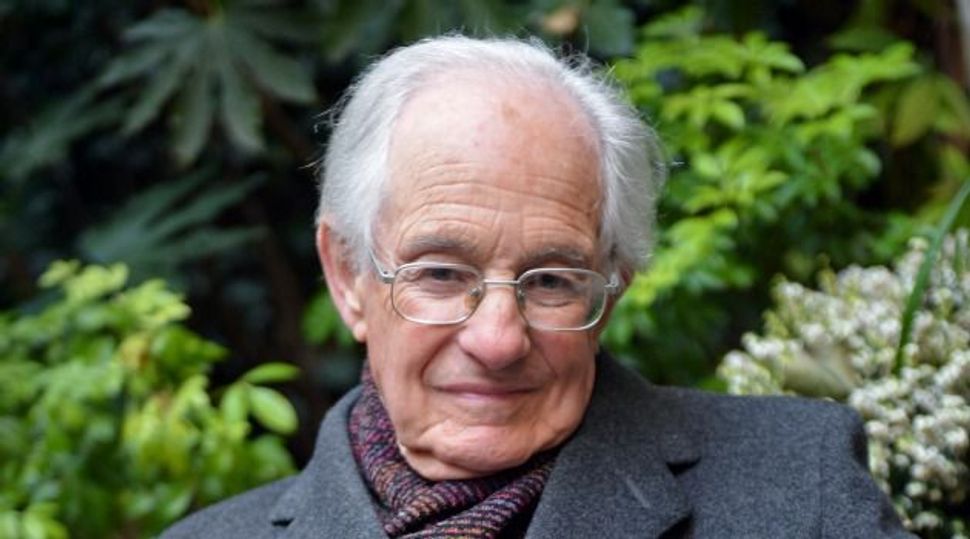 Recalling a Munich Nightmare: Edgar Feuchtwanger, 88, has recently published a memoir about his boyhood. Image by Getty Images

When we call someone a “nightmare neighbor from hell,” we usually mean that phrase hyperbolically, but some of those who lived in the vicinity of Adolf Hitler decades ago in Germany and Austria found the term remarkably apt.

The French publisher Les éditions Michel Lafon has published the German Jewish historian Edgar Feuchtwanger’s “Hitler My Neighbor: a Jewish Boy’s Memories,” about how from 1929 to 1939, his family lived across a Munich street from the German dictator. It demonstrates that as advice, “love thy neighbor” is not always fitting.

Now 88, Feuchtwanger, who previously authored works on Hitler’s Germany, Benjamin Disraeli and other subjects, narrates his tale from the perspective of a young boy. Co-authored with French Jewish journalist Bertil Scali, the book recreates Feuchtwanger’s emotions from ages 5 to 15, much as his uncle Lion Feuchtwanger, a noted leftist novelist and playwright, did with fictional characters. On Grillparzer Street in Munich, the family resided in a comfortable upper middle class apartment, today occupied by a law firm, while across the street was Hitler’s apartment, in a building that has been converted into a police station.

As Edgar Feuchtwanger noted in The Jewish Chronicle last year: “It’s hard to conceive now that Hitler, to us the embodiment of the diabolical, was an actual person living in a flat… Nasty things creep out of the woodwork. The veneer of civilisation turns out to be thin. Scapegoats are sought; too often they have been the Jews.”

Starting in 1929, when Edgar was 5 years old, he recalls hearing his Uncle Lion explain to his father that Hitler would inevitably take over Germany and “when that happens, he will kill all the Jews.” Little Edgar dreamt one night of their neighbor across the street chasing his family down the street, in the form of Der Struwwelpeter (Shockheaded Peter), the unruly title character in a popular 19th century German children’s book.

The Feuchtwanger family drew some comfort from the observation that their car was fancier than Hitler’s, and that “Jud Süß” (Jew Süss), Uncle Lion’s 1925 historical novel based on the life of an 18th century Stuttgart court Jew, still outsold “Mein Kampf.” The former book, as Edgar notes, recounts how “in the past, other upstarts have inspired the crowd to massacre our ancestors in our own country.”

Edgar’s father also noted with disdain that to avoid being importuned by worshipful female admirers, the “coward” Hitler put Winter, his housemaid’s name, on the building directory instead of his own. Having fought in the trenches in World War I on the German side, as did Hitler, Ludwig Feuchtwanger, Edgar’s father, failed to see why the politician should be “afraid of his own shadow,” to which Uncle Lion replied:

“Ah yes, the trenches! [Hitler] whines about them all through his deadly dull tome, ‘Mein Kampf.’ He moans. He laments. He screams. One can imagine him writing the book while rolling around the floor like a brat.”

Hitler’s presence on Grillparzer Street was seen by the Feuchtwangers as a canny move to blend into a comfortable neighborhood, as if he were nothing more than an upwardly mobile leader. Yet the Feuchtwanger family was not deceived, nor were their house employees, including Rosie, Edgar’s nanny.

She reported gossip related by the milkman that Hitler’s daily order of dairy products was so substantial that there was not enough milk to satisfy demand in the rest of the neighborhood. Edgar’s father wryly discounted this allegation, on the grounds that it would be impossible to requisition that much milk, and besides, it would only be good news if Hitler really did drink that much milk, “since it would kill him.”

Edgar and Rosie frequently passed Hitler in the street, when he was waiting for his chauffeured car, and the boy stared boldly, noting that Hitler “has slightly cut himself shaving, which sometimes happens to my father.” For her part, Rosie was mainly concerned to hurry her charge past the armed guards in front of Hitler’s home; she was a member of the Spartacus League (Spartakusbund), a Marxist revolutionary movement organized during World War I by Rosa Luxemburg and others.

After the Nazi rise to power in 1933, the danger became even clearer, although the Feuchtwanger family was stymied about where to find refuge. Edgar’s father made a special trip to relatives who lived in Talpiot, a neighborhood in southeast Jerusalem established in 1922, yet reported that the conditions of life there were too difficult, and feared that young Edgar would not receive a satisfactory education.

In 1935, after the Nuremberg Laws were introduced, furthering anti-Semitic policies, 11-year-old Edgar became eager to join his relatives in the Holy Land, to escape the feeling of friendlessness and rejection in his grade school. Concerned by the imminent threat of war with the surrounding Arab countries, the Feuchtwangers decided not to make the move.

Instead, they took comfort from increased immersion in Jewish culture. As Edgar puts it:

“The stories are sustaining and splendid. I dream that I am David, Moses, and Samson … Then I return home by the usual route … as if protected by invisible armor. The Nazis don’t notice me, I look at them and no longer fear them.”

Only in 1938, after Kristallnacht when Edgar’s father was arrested and briefly imprisoned at Dachau, did the family resolve to leave. In 1939, Edgar was put on a train for England, armed with a few English phrases learned in a hurry, including “How do you do?… How old are you?… I am a Jew.” Once safely in England, he notes, he would no longer be required to use the last phrase in response to any interrogation by officials. Although his parents and uncle would also reach safety, not all of the Feuchtwanger family would be so fortunate. Some of them would be murdered in concentration camps, at the behest of their evil neighbor.

Edgar Feuchtwanger Recalls Living Across The Street From Adolf Hitler