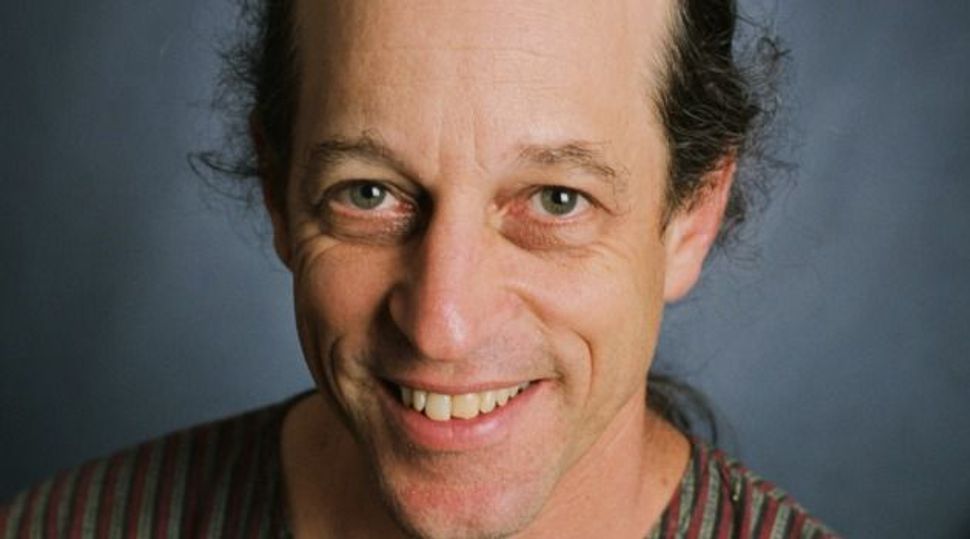 Challenging Assumptions: Greenberg has structured his book around the preparation of the Diagnostic and Statistical Manual of Mental Disorders, or the DSM. Image by Courtesy of Gary Greenberg

● The Book of Woe: The DSM and the Unmaking of Psychiatry
By Gary Greenberg
Blue Rider Press, 416 pages, $28.95

Any psychiatrist who is not too stupid or too full of himself to notice what is going on knows that what he does is morally indefensible.

Substituting the word “psychiatrist” for the original word, “journalist,” the sentence above is the famous opening of Janet Malcolm’s book “The Journalist and the Murderer,” about convicted murderer Jeffrey MacDonald’s lawsuit against “journalist” Joe McGinnis. It is relevant here because in “The Book of Woe,” Gary Greenberg, a psychotherapist and journalist, has done for (or perhaps to) psychotherapy what Malcolm did for journalism: He exposes the myths it perpetuates, and the secrets it doesn’t want outsiders to know.

Malcolm’s book used the lawsuit as a microcosm of journalistic ethics. Similarly, Greenberg structures his book around a single process: the preparation of the fifth edition of the Diagnostic and Statistical Manual of Mental Disorders, or the DSM: the bible of the American Psychiatric Association. In evaluating the revision process, Greenberg shows how ignorant, shallow and downright dangerous the psychiatric profession can be to those it claims to be helping.

The DSM’s first edition, compiled by a consensus of APA members and published in 1952, was simply an attempt to create a common nomenclature for psychiatric disorders. Since then, it has been revised several times, and with each revision it has accrued more definitions of disorders, more criteria, a lot more pages and — starting with the DSM-III (published in 1980) — more power and authority.

By now, the DSM is the final word on what constitutes a mental illness — in this country, at least — and as such is used by policymakers, drug regulation agencies, clinicians, researchers, pharmaceutical companies, health insurance companies, and state and federal bureaucracies to determine whether and what research is funded; what treatments are covered by insurance, and whether people with certain disorders qualify for government services.

It’s also the source of many people’s understanding of themselves: For example, people who have been diagnosed with Asperger’s syndrome (an inability to read social cues) have said the diagnosis not only allowed them to comprehend why they felt alienated in social situations, but also made it possible to find other people like themselves.

Asperger’s syndrome first appeared in the DSM-IV, published in 1994, setting off an explosion of diagnoses that has yet to level off: Current estimates of people with Asperger’s in North America range from 600,000 to 2.1 million.

Nevertheless, the syndrome has been expunged from the DSM-5. A last-minute compromise between APA editors and irate Asperger’s groups permits those who were diagnosed previously to keep their diagnosis. But in the future, people who would have met the criteria for Asperger’s might find themselves under the umbrella category autism spectrum disorder — or not diagnosed at all, and thus ineligible for government services.

This “Now-you-see-it, now-you-don’t” phenomenon didn’t begin with the latest revision. Until 1974, for example, homosexuality was listed as a mental illness, and this was validation enough to support research grants to study the “disease” (and recommend such “cures” as shock therapy and behavior modification). As represented in the book comprising the accumulated wisdom of the best scientists and clinicians in the field of mental health, the diagnosis wasn’t an opinion — it was a fact.

Until it wasn’t. Homosexuality was removed from the DSM as the result of negotiations between the task force and the gay and lesbian community, which had been protesting the APA and its bible for years. Greenberg says the removal of homosexuality from the DSM was revealing, suggesting that “even when psychiatrists did agree on a diagnosis, they might have been diagnosing something that wasn’t an illness.”

The APA’s own psychiatrists acknowledge privately that the disorders the DSM so carefully and methodically arrays, like butterflies pinned to a board, aren’t real — or if they are, no one can prove it. In the absence of a single biological or chemical test that can verify their existence, what gets called a mental illness is likely to be, instead, a manifestation of the era’s cultural biases.

As Greenberg points out, doctors today “diagnose with Hoarding Disorder people who fill their homes with newspapers and empty pickle jars, but leave undiagnosed those who amass billions of dollars while other people starve.”

“Here’s the problem,” Allen Frances, who chaired the task force for the DSM-IV, told Greenberg: “There is no definition of a mental disorder. It’s bulls—t.”

This, then, is the profession’s dirty little secret: For all their confident pronouncements and scientific-sounding language, “psychiatrists [don’t] seem to know the difference between sickness and health.”

The battle over “bereavement” illustrates this perfectly. Bereavement looks like major depressive disorder, and yet it is an inevitable and normal part of life. After endless discussions, psychiatrists working on the DSM-III contrived the “bereavement exclusion,” which specified that bereavement, although it replicated MDD in every way, was not a disorder unless its symptoms had not dissipated after two months.

Thirty years later, however, doctors working on the DSM-5 saw it differently. Now, if you manifest symptoms of depression two weeks after the death of someone you love, you are suffering from major depressive disorder.

As the previous DSM chair, Frances could see the DSM-5 process hurtling toward disaster. After all, he had made several egregious errors with the DSM-IV and didn’t want to see them repeated. Perhaps his worst error was lowering the criteria for childhood bipolar disorder, which ignited a diagnostic epidemic. In 1994, less than half of 1% of all children with mental illnesses were bipolar. In 2003 that number was 6.67%.

Treatments for bipolar disorder include the drugs Depakote, Abilify, and other anti-psychotics. Their long-term effects on young children have not been tested, but their side effects are well known: obesity, diabetes, tics and spasticity, cataracts, and a shorter life expectancy. Eventually, of course, we will also know the long-term effects, because we’ve been using our own children as lab rats.

In addition to the cavalier removal of some diagnoses and the addition of others (binge eating disorder?), there was flagrant sloppiness. Half the field trials were canceled when the book fell behind in its publication schedule, and the trials that did occur cast doubt on some of the newly added disorders — which went into the book anyway.

The APA’s response was to disingenuously remind critics that the DSM’s diagnoses and criteria “are only ‘fictive placeholders’ or ‘useful constructs,’ the best they can do with the knowledge and tools at hand” — a virtual admission that formulating a precise description of any psychological illness is well beyond the profession’s capabilities.

And yet for 60 years, the APA has been able to have it both ways — “to manufacture fiction and yet act as if it were fact.” Nor did the organization raise objections when “fictive placeholders” began to drive real-life decisions about insurance coverage and research budgets.

When his warnings and appeals to the committee were ignored, Frances reluctantly went public, ultimately leading what Greenberg calls “a scorched-earth campaign against his successors.” But the harder he fought, the worse he felt: Frances knows that therapeutic success depends on faith — the patient’s faith that the therapist really does know what is wrong with him and how to fix it. Fighting to rescue the DSM by broadcasting its numerous flaws, Frances worried that he was causing patients to lose faith in therapy.

“Whatever we’ve been doing for five decades, it isn’t working,” Greenberg quotes Thomas Insel, director of the National Institute of Mental Health, as saying. “When I look at the numbers — the number of suicides, number of disabilities, mortality data — it’s abysmal, and it’s not getting any better.”

In April, President Obama announced a huge funding initiative to “map the human brain” — to learn how our minds function biologically. Can a faulty neural connection cause autism, schizophrenia or drug addiction?

If the mind turns out to be the province of neuroscience, as the brain is, all these ethical dilemmas and eternal debates about categories, criteria and causes will be rendered moot. Perhaps the entire field of psychiatry will collapse like the house of cards Greenberg says it is. Everybody will swallow his custom-designed drug cocktail every morning, and we’ll all be perfect.

Hmm. Why does that sound like a horror movie?