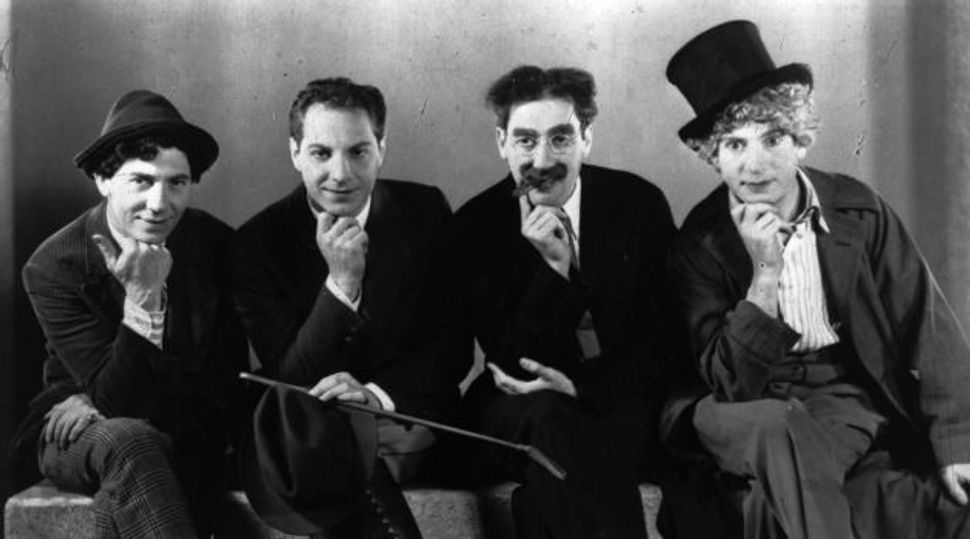 As a well-known Yiddish expression has put it, “A joke is a half-truth.” Ruth Wisse presents readers of her latest work, “No Joke: Making Jewish Humor,” with half-a-book. The effective half offers a general audience analysis of literature and popular culture informed by Wisse’s long-standing and profound engagement with Jewish texts. Her chapters on the Yiddish comic tradition and the uses of humor during the Holocaust and under Stalin will be especially rewarding for nonspecialists. Readers have come to expect such clarity and insight from the distinguished Harvard professor. Wisse’s acumen is indeed no joke. But the unsatisfying portion of her book has to do with the volume’s lack of engagement with humor scholarship. Subtitle notwithstanding, “No Joke” simply does not offer a compelling explanation of how Jewish humor is made, and it evades the question of how to define Jewish humor. Instead, Wisse presents an idiosyncratic “descriptive map” of Jewish humor in various centers of cultural production.

The trouble begins in the book’s introduction on “Jewish joking.” Wisse interprets a joke that features a “Mrs. Rosenberg,” who aggravates her butcher by sniffing at the chickens he has for sale before the Sabbath. The joke is a good one, but its content matters less than Wisse’s analysis. As the author admits, “Mrs. Rosenberg could have been Mrs. O’Brien stalking a Christmas turkey with no sacrifice of comic outcome.” If this is the case, then one can conclude only that her example is in fact not a Jewish joke at all. Nearly 30 years ago, linguistics scholar Victor Raskindemonstrated that such jokes were “pseudo-ethnic” precisely because of the interchangeability that Wisse recognizes. What, then, is left to make the joke Jewish? Some might suggest the Jewish-sounding name of the character. But what if Mrs. Rosenberg were married to one Reichsminister, Alfred R.? For all her engaging anecdotes, Wisse has ignored several decades of research into the mechanisms of ethnic humor.

The Rosenberg joke is not an isolated example of the refusal of “No Joke” to define its terms. Wisse explicitly despairs of efforts “to identify some essentials of Jewish humor that distinguish it from other comic traditions.” “No Joke” claims that the “distinction lies more in the Jews’ greater reliance on humor than in the precise nature of that humor.” Wisse thus makes it axiomatic that Jews deploy humor more than do other peoples. Though the vision of a Jewish mission to bring lightheartedness unto the nations may be comforting, the claim is suspect.

Scattered references to American Jewish comedians whose routines lack explicit Jewish content mean that the book occasionally overreaches. There is little ethnic particularity in routines by Jack Benny, Sid Caesar, and the Marx Brothers. Sure, Benny had “Schlepperman,” and some Yiddish found its way into the 1950s TV series “Your Show of Shows.” But the non-Jewish Fred Allen, who also employed Jewish writers, featured the long-running dialect gag of “Mrs. Nussbaum” on his program. In other words, what makes Benny (Benjamin Kubelsky) representative of Jewish humor, but Allen (John Florence Sullivan) not, except a bris?

American audiences certainly did develop a taste for “Jewish-style” humor, though what defined that style and why the mainstream assimilated the comic traditions of a small and politically powerless community remain unexamined by Wisse, beyond a limp gesture toward “socioeconomics.” What mechanism or what kinship of comedic forms allowed the humor of the “Yiddish heartland” to be welcomed into the living rooms of the American heartland? Wisse doesn’t say. And why is the schlemiel, so prevalent in Yiddish and American literature, a rarity in the comedy of the “Hebrew homeland,” as the author dubs Israel? Wisse, who wrote the brilliant monograph “The Schlemiel as Modern Hero” in 1971, refrains from even posing the question.

She evinces no such hesitation, however, when it comes to making politically charged pronouncements on humor in Israel. In one confused and confusing analysis, Wisse attributes the cult popularity of a sketch on Israeli television’s “Zehu Ze!” (“That’s It!”) to the “kooky” situation during the first Gulf War that “requir[ed] Israel to play sitting target” while Scud missiles rained down on Tel Aviv’s suburbs. The realities of the time were indeed hard to swallow; nonetheless, Wisse’s reading of this cultural moment lacks nuance. She decries “the humiliations of enforced passivity… augmented by the televised display of Palestinians dancing on their rooftops at the sight of missiles falling on Israeli Jews,” yet she fails to account for why depictions of Arabs and Arab leaders — despots and dictators, especially — have been de-politicized on Israeli television since the early 1990s. The same scholar she relies on for her analysis of “Zehu Ze!” Limor Shifman, has documented this trend in more recent publications than the one that Wisse cites. And while Wisse introduces American readers to the 1960s trio “HaGashash HaHiver” (“The Pale Tracker”) and to the ongoing satiric news parodies of “Eretz Nehederet” (“What a Wonderful Country”), notably absent from her chapter on Israeli humor are several canonical Israeli television shows, including the provocative sketch comedy of “HaHamishiah HaKamerit” (“Chamber Quintet”) from the mid-1990s and the sitcom “Avoda Aravit” (“Arab Labor”). The lack of treatment of these shows is particularly unfortunate given Wisse’s literary expertise. Etgar Keret, renowned for his surreal humor, was a writer for HaHamishiah HaKamerit, and acclaimed author Sayed Kashua remains the principal writer for “Avoda Aravit.” What does Wisse make of Keret, whose dark humor might be traceable to the paradoxes of Yiddish jokes? And might Kashua’s put-upon Arab Israeli characters be new incarnations of the schlemiel? One wishes the author had focused her critical powers on such matters rather than on strained political commentary.

More problematic, Wisse does not differentiate between comic modes such as burlesque, irony, satire, black humor, absurdity and farce. Instead, she relies on the timeworn and increasingly frayed characterization of Jewish humor as self-deprecating. She invokes and then affirms Sigmund Freud’s observation in ‘Jokes and Their Relation to the Unconscious” (1905) that Jews employ self-deprecating humor more than other peoples do. “Incidentally, I do not know,” Freud wrote, “whether there are many other instances of a people making fun to such a degree of its own character.”

Freud’s treatise contains many celebrated readings of Heinrich Heine; Wisse, too, offers compelling interpretations of Heine’s aggressive humor. She treats his travelogue “The Baths of Lucca” as a comedy that “breaches the boundaries of good taste,” and reveals the torsions of identity endured by the baptized German Jewish author.

As Wisse notes, Heine exemplified the acerbic practice of Judenwitz — literally “Jewish wit.” But she neglects to highlight how 19th-century critics of Judenwitz viewed its practitioners as mean-spirited and un-Germanic. Judenwitz, as Jefferson Chase noted in “Inciting Laughter” (2000), was in its day “a pejorative concept” that marginalized Jewish mastery of German and reinforced a sense of superiority among the “self-appointed [gentile] mainstream.” Ironically, the modern notion that there exists an identifiable brand of Jewish humor may be indebted to 19th-century German anti-Semitism.

When Freud began formulating his views on wit, Jewish humor was associated with popular editions of dirty jokes. Jews were thought to suffer more than non-Jews from sexual depravity and mental illness. Myths of Jewish infirmity confirmed anti-Semitic beliefs that Jews were different from and inassimilable to the wider Germanic people. In “Jewish Self-Hatred” (1986), Sander Gilman described how Freud, a known joke collector, was influenced by these prevailing cultural perceptions. The continued promotion of the self-deprecation theory into the 21st century by “No Joke” may itself be the latest in a peculiarly twisted form of Jewish self-disparagement.

These flaws owe as much to the volume’s design as to Wisse’s execution. Few books manage to satisfy the rigor demanded by academics while remaining accessible to a broader readership. Yet this is the stated ambition of the new “Library of Jewish Ideas” series, which is sponsored by the Tikvah Fund and features “No Joke” as its second publication. Wisse herself rose to the challenge of mixing authoritative depth with a nimble style in the 2000 book “The Modern Jewish Canon.” But for all its erudition, “No Joke” falls flat.

Adam Rovner is an assistant professor of English and Jewish literature at the University of Denver. 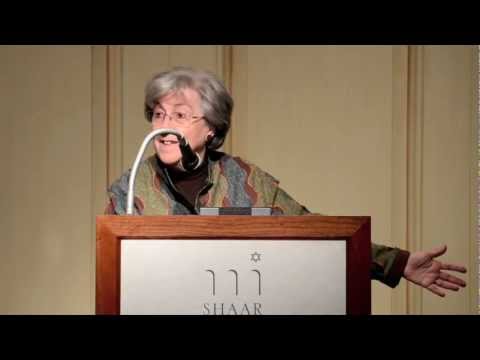