On Franz Kafka’s Birthday, Looking Through Lens of his Sexuality 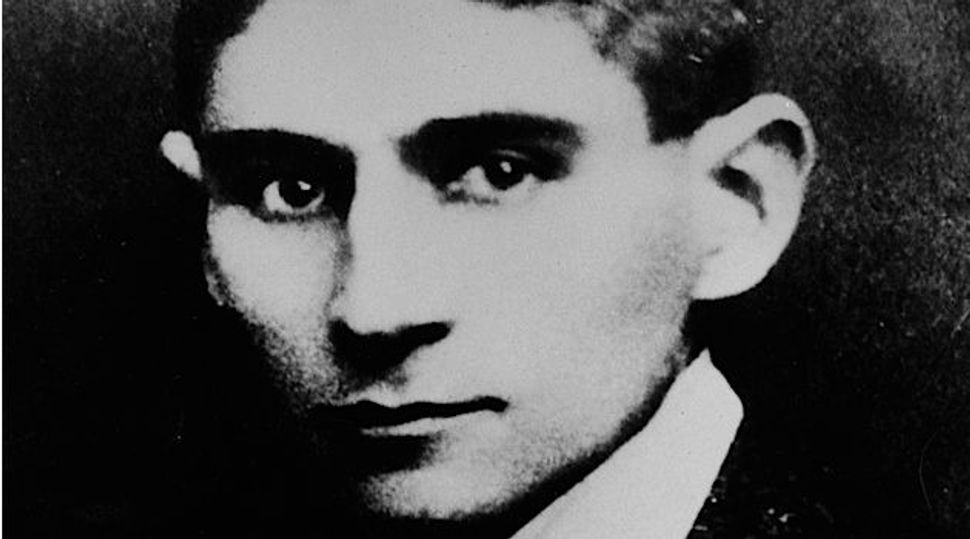 If ever there was an author whose works resisted analysis, it’s Franz Kafka. What does it mean, after all, that Gregor Samsa wakes up in “The Metamorphosis” and finds himself turned into a bug? In “Franz Kafka: The Poet of Shame and Guilt,” the latest entry into Yale University Press’s Jewish Lives series, noted historian Saul Friedländer offers a creative, risky approach to interpreting Kafka, arguing that Kafka’s works need to be viewed through a sexual lens, specifically that of Kafka’s repressed homosexuality and, even, his fantasies about boys and sadomasochism.

As evidence for Kafka’s repressed homosexuality, Friedländer cites Kafka’s negative descriptions of women in both his fiction and his diaries: “Ultimately, in Kafka’s fiction, whether they are whorish or not, women are dangerous beings” who can “lead the male protagonist astray.”

As Friedländer himself admits, he’s on tricky ground here; he writes that readers might greet his interpretations with a “skeptical smile, or, possibly, with a frown.” After all, Kafka wrote more than 500 love letters to his fiancée Felice Bauer, courted other women throughout his life, and visited brothels regularly. Furthermore, homosexuality was not unknown, and the expression of homoeroticism by heterosexual artists was not uncommon among European artists of the late 19th and early 20th centuries. If Kafka was gay, why didn’t he admit it, even if only in his diaries?

Kafka was born in 1883 in Prague into an assimilated Jewish family. He was the first of six children — two of whom died in infancy — and his father, Hermann, owned a clothing business. Franz obtained a degree in law and worked in insurance, where he was decently paid and promoted until he retired because of illness, a few years before his death from tuberculosis, in 1924, at the age of 40. 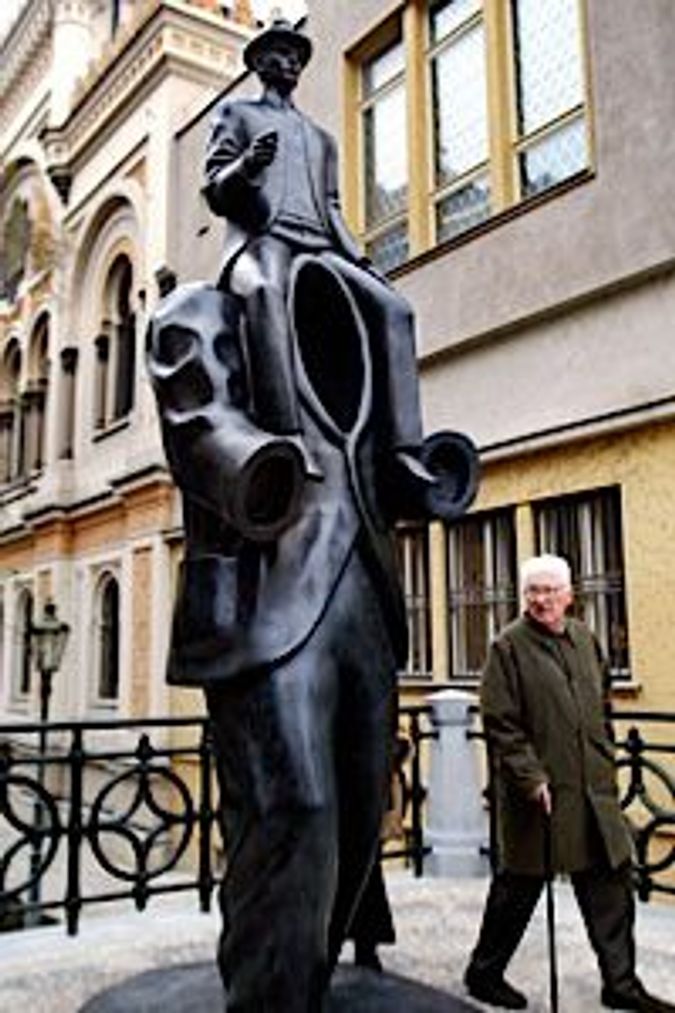 Fill The Void: A passerby contemplates a sculpture of Franz Kafka in Prague. Image by Getty Images

Like Kafka, Friedländer was born in Prague. He survived World War II as a child in France, worked as an aide in Israel to Shimon Peres and is now a professor at the University of California, Los Angeles. One of the world’s leading Holocaust historians, he has received a MacArthur “Genius” Fellowship, and in 2008 was awarded a Pulitzer Prize for “The Years of Extermination: Nazi Germany and the Jews, 1939–1945.”

Friedländer is on strong footing when he explores some of the sexual themes in Kafka. From Kafka’s diaries, we know that he was obsessed with sex and with taboo sexual fantasies. Elements of torture, often leading to ecstasy or redemption, appear frequently in his work. When it comes to analyzing Kafka’s supposed repressed homosexuality, Friedländer is less convincing.

To his credit, Friedländer doesn’t engage in an exclusively reductionist reading of his subject. He acknowledges other aspects of Kafka’s life, including his relationship to Judaism. While not religious and critical of his assimilated Jewish upbringing, Kafka studied Hebrew in his later years. As Friedländer writes, “Notwithstanding all the confusion and the criticism, Kafka felt Jewish to the marrow of his bones.”

There’s no doubt, however about Friedländer’s central premise. He emphasizes Kafka’s shame and guilt over sexual matters, including homosexuality, as the key to understanding Kafka. It’s unlikely that this interpretation will supplant the more conventional readings — some readers may not wipe the skeptical smile off their faces — but Friedländer’s approach should motivate us to do what we should: reread one of the masters of 20th-century fiction.

Peter Ephross is the editor, with Martin Abramowitz, of “Jewish Major Leaguers in their Own Words: Oral Histories of 23 Players” (McFarland, 2012).

On Franz Kafka’s Birthday, Looking Through Lens of his Sexuality