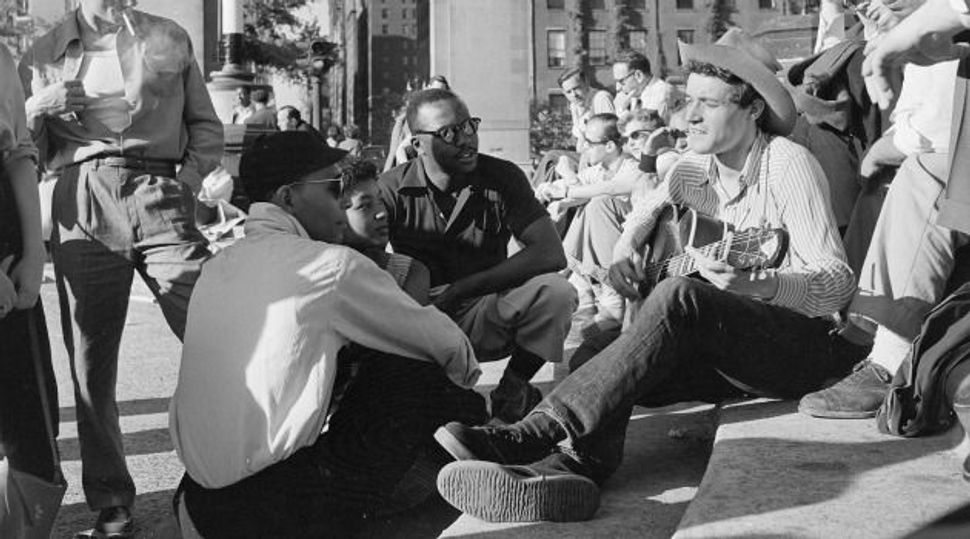 When I was a kid in the 1970s growing up in Brooklyn, making the trek to Greenwich Village was as close as you could get to a trip down the rabbit hole. I knew vaguely about its history, but it wasn’t something folks talked about proudly, not the way they spoke about other parts of the city. The Village was still steeped in a fog of the subversive; tinges of shame and danger clung to its edges — all of which only deepened its element of mystery, cool and otherworldliness.

I was thrilled when I learned that John Strausbaugh, who has written brilliantly about New York City culture and history for more than 25 years, had turned his attention to the Village in a new book, “The Village: 400 Years of Beats and Bohemians, Radicals and Rogues.” The former editor of New York Press, Strausbaugh was the author and host of The New York Times’ “Weekend Explorer,” a series of articles, videos and podcasts on New York City history, and there is no one better equipped to escort a reader into the layers of stories — known and unknown, notorious and inspirational — that the Village comprises.

Laura Albert: Let’s start with obvious questions: What inspired you to take on this project, and how long did it take?

John Strausbaugh: The actual writing of the book took about two years, but I’d been researching, writing about and participating in Downtown Manhattan culture for a very long time before that. I was thinking about writing a history of all the amazing art and culture made below 14th Street — in the Village, the East Village, on the Lower East Side, in SoHo — when Dan Halpern, the publisher of Ecco, wisely suggested focusing solely on the Village. I want to do the Lower East Side/East Village next.

Why are so many Jews associated with the Village?

In the early 20th century, we associated Jewish artists, intellectuals and political radicals mostly with the Lower East Side, where so many immigrants came to live. But there was a lot of cross-pollinating between there and Greenwich Village. So for instance, Emma Goldman, the hugely important anarchist spokesperson, lived on the East Side but spent a lot of time in the Village, meeting up with other radicals like the [Industrial Workers of the World] leaders “Big Bill” Haywood and Elizabeth Gurley Flynn. And when Villagers started the Provincetown Playhouse in the 1910s, a lot of their inspiration came from the Yiddish theaters on Second Avenue. From, say, the 1930s on, you find a number of really significant Jewish cultural figures living and working in the Village: the Partisan Review’s Philip Rahv and William Phillips, Delmore Schwartz, Norman Mailer, Bob Dylan, Tuli Kupferberg, Maya Deren and many others. They were drawn there for the same reason all the other intellectuals and artists were: The Village was a magnet and haven for creative and radical people when they were mostly lonely outcasts in the rest of America.

What aspect of your research was the most difficult for you?

The hardest thing about the research — and this is true of all New York City history — is sifting through all the different versions, legends, exaggerations, myths and misinformation, trying to verify the facts. The history is so deep and layered and fragmented that sometimes you just have to go with your gut about what sounds right. It’s true not only of the longer-range history, but of the more recent, because there are so many eye witnesses you can interview, and they all have their own versions and perspectives.

Any surprises in all that research?

Wait — Harry Belafonte had a hamburger stand in the Village?

In the late 1940s and early 1950s, before he became a singer, Belafonte pursued a career in acting. He came to the Village and took acting classes at The New School, where fellow students included Marlon Brando, Rod Steiger, Bea Arthur and Walter Matthau. While struggling to get his career going, he and two black friends put a little money together and opened a tiny, short-lived hamburger stand near Sheridan Square. He’d often stop in at the nearby Village Vanguard, which was more a folk club than a jazz club at the time, and hearing folk and blues acts like Woody Guthrie and Leadbelly inspired him to explore the calypso music that soon made him famous.

Why do you think the counterculture and the drug culture took hold in the Village?

My generation, the baby boomers, like to think that we invented the sexual revolution, drug culture and the counterculture in the 1960s. We didn’t. Long before anyone used the terms “counterculture” or “lifestyle,” the Village was widely known as a refuge and haven for artists, bohemians, gays and lesbians, political radicals and social adventurers. In the rest of America, their alternative ideas and lifestyles made them misfits and outcasts; in the Village, they were not only allowed, but encouraged, to act out. So the Village became a hotbed of radical “lifestyles,” from being an epicenter of the women’s movement and later gay liberation to being a place where the sexual revolution was in full swing decades before the 1960s, and a place where people indulged in and experimented with intoxicating substances like alcohol, marijuana, heroin, speed and LSD. So by the 1960s, when the drug culture, counterculture and so-called sexual revolution spread around the country, they already had long histories in Greenwich Village.

Why should folks, especially young folks just discovering the area, care about its history?

Because a lot of American culture came out of the Village, and our culture is an ocean we all swim in, regardless of where we live or how much we think about it from day to day. In transforming itself into an upscale residential and tourist Mecca over the last quarter-century or so, Manhattan ceased to be a place where most creative people can afford to live and work. Young people should know what a gloriously productive culture engine Greenwich Village used to be.