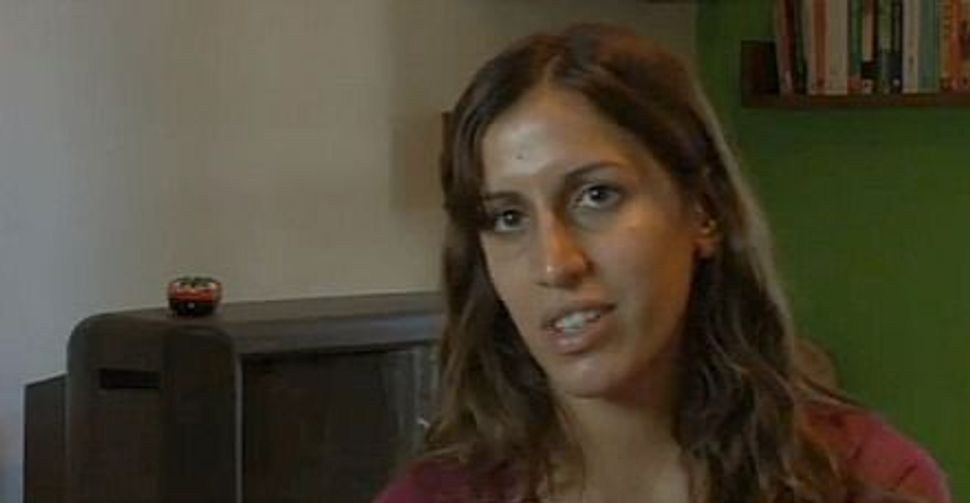 Image by Americans for Peace Now

The Gaza Strip! IDF Girls Gone Wild! These are some of the nicknames for the recent scandal sparked by Facebook photos and video of semi-nude female IDF soldiers, striking poses and dancing on IDF bases and inside IDF facilities, in some cases carrying weapons and sporting (parts of) IDF uniforms. These stories seemed to be everywhere — including at the Forward.

Don’t blame the media — sex sells. Combine nearly-naked young women, guns, and the almost clichéd fetishization of the IDF female soldier, and you’ve got a story guaranteed to go global. And don’t be too tough on the women involved, who no doubt never intended to be seen as representing (or demeaning) the IDF. People all over the world, especially teenagers, regularly do really stupid things, increasingly on camera. Welcome to the age of phone cameras and social media.

Fortunately, this flashy, tawdry story isn’t the only recent news about women in the IDF. There’s another story that the media would do well to highlight. This is the one in which young Israeli women are speaking out, candidly and courageously, about their experience enforcing the occupation as part of an Israeli initiative called Breaking the Silence (BTS). Last month BTS launched a campaign focused on testimonies from female soldiers. These testimonies present a very different face and voice of Israel’s female combatants. Watch and listen to people like Dana, Inbar, Tal, Gil and Yael, explain why they are speaking out. Then take the time to listen to some of their stories to understand better the experiences that drove them to do so.

Hear Inbar describe the night she was ordered to investigate why a young Palestinian boy was at an IDF post, and how the soldiers at the post openly told her how they were arbitrarily holding and abusing the boy. Hear how when she passed on the report of the abuse, her supervisor told her to go back and get a different report.

Listen to Gil’s experience on a patrol through Hebron’s Casbah, when a fellow soldier beat a Palestinian man merely for being there and she was reprimanded for asking why. Hear her describe the sadistic treatment of powerless Palestinians, with the encouragement of high-ups. Hear her recount how one night, out of boredom, she and a fellow soldier broke into a Palestinian family’s home, shut the family in a room, and tore the place apart. Learn from Tal about how some women soldiers, in order to earn the respect of their male counterparts, become more aggressive and violent.

These stories aren’t raunchy. The women recounting them aren’t semi-nude or gloating about how much they enjoy meting out abuse (like the infamous Eden Abergil). If they were, no doubt more people would be listening. However, by speaking out about the nature of the occupation and what it does to generations of young people serving in the IDF, these women are doing something far more provocative. For their honestly, they merit the gratitude of all of us who care about Israel. For their courage and strength as women and human beings, they deserve our respect. And for the risk they are taking by speaking out on a subject that many would prefer to ignore, they demand our attention far more than a bunch of silly girls posing for cheesecake pix. We owe it to them to listen and pay heed to their testimonies.