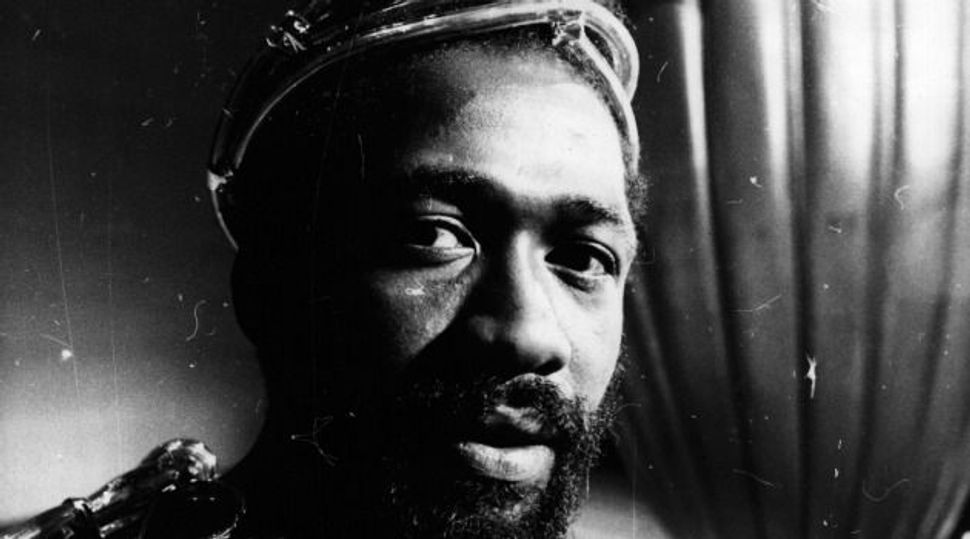 A Long Way From Pippin: Ben Vereen played the role of Judas Iscariot in a 1971 production of ?Jesus Christ Superstar.? Image by Getty Images

‘I never informed or ratted on nobody,” John “The Executioner” Martorano said while testifying at the trial of crime boss James “Whitey” Bulger in a Boston court June 18.

Martorano, a professional hit man with a confessed 20 murders under his belt, had agreed to take the witness stand against Bulger and his partner, Stevie “The Rifleman” Flemmi, because of the pair’s treachery in having acted as secret FBI informants.

“I’ll go along with a lot of things,” the Executioner said, “but not no Judas, not no informant.”

Should the Anti-Defamation League join the Association of English Grammarians in filing a complaint? Not, perhaps, unless its national director, Abraham Foxman, wants to become Martorano’s 21st victim. Still, the persistence in ordinary American speech of the word “Judas,” in the sense of a vile traitor, must grate on Jewish ears. Although, in our ecumenical age, Christian churches may have dropped the charge of deicide against the Jews, “Judas,” even if uttered — as it generally is — without the slightest anti-Semitic intent, conjures up an old and still potent image of the Jew as a Jesus Christ killer.

The word, of course, derives from the New Testament character of Judas Iscariot, Jesus’ disciple who betrays him by pointing him out to the constables of the Jewish high priest, by whom he is arrested and turned over to his Roman crucifiers. The betrayal is particularly nefarious because it is carried out by means of a kiss, which Judas gives Jesus as he and his disciples are spending the night after the Passover Seder outside the walls of Jerusalem. Judas has prearranged this with the high priest’s men to let them know which of the group Jesus is.

True, Jesus’ 11 other disciples, who stick by him, are all Jews, too; in this respect, there is nothing distinctively “Jewish” about Judas’ act. But it is here that his name comes in. The “Iscariot” part of it is harmless; it most likely derives from Hebrew ish krayot, a person from the southern Palestinian town of Krayot.

“Judas,” however, is anything but. In the Greek of the New Testament it is Ioudas, which is the Greek form of Hebrew Yehudà, our English Judah — a common name among Jews in late Second Temple times. Yet Yehudà is also the Hebrew name of the province of Judea, the hilly area south of Jerusalem from which Hebrew gets its word for a Jew, yehudi, a word that appears as Ioudaíos in the New Testament and is the ancestor of the word for Jew in many European languages, including Latin and English.

Although Judas was thus only one of Jesus’ Jewish disciples, his name has screamed “Jew” to Christians, both in New Testament times and later. Indeed, he became for Christianity the prototype of the Jew: the treacherous, devilish, money-grubbing figure that all Jews were said to resemble.

In medieval “passion plays,” the popular religious pageants that are one of our best sources for knowing what ordinary Christians thought and felt, he was a prominent character, often portrayed as a hook-nosed Jewish usurer. In parts of Europe where no or few Jews existed, he was, played by a local Christian townsman, the one “Jew” that everyone knew and recognized.

So perfectly, in fact, does the figure of Judas meet the requirements of Christian hostility toward Judaism that it has been suggested by more than one New Testament scholar that he is a purely fictional character, invented by the Gospels for anti-Jewish purposes. There are certainly aspects of the New Testament narrative that would seem to corroborate this, starting with the name Judas itself.

There is Judas’s betrayal of Jesus for “30 pieces of silver,” a clear literary borrowing from the “20 pieces of silver” for which Joseph’s brothers sell him into slavery in Egypt. There is the fact that the high priest’s constabulary hardly needed a secret informer to identify Jesus, who had been publicly active all over Jerusalem in the days before his arrest. There are the totally different versions of Judas’s death: In the book of Matthew, written scant decades after Jesus’ crucifixion, Judas is said to have hung himself, while in Acts of the Apostles, also an early Christian book, we read that he fell in a field and “burst asunder,” so that “all his bowels gushed out.”

The death of a real Judas, as opposed to an imaginary one, would presumably have been remembered more accurately.

Perhaps spelling “Judas” as “judas” with a small “j” would take some of the sting out of it, but otherwise there’s not much that can be done. The story in the New Testament would remain the same, and the John Martoranos of this world aren’t going to be influenced by our protests. Besides, Martorano has nothing against us Jews — the proof being that, to the best of my knowledge, he has yet to kill a single one of us. Why don’t we just count our blessings.