The Top 10 Jewish Dogs of All Time 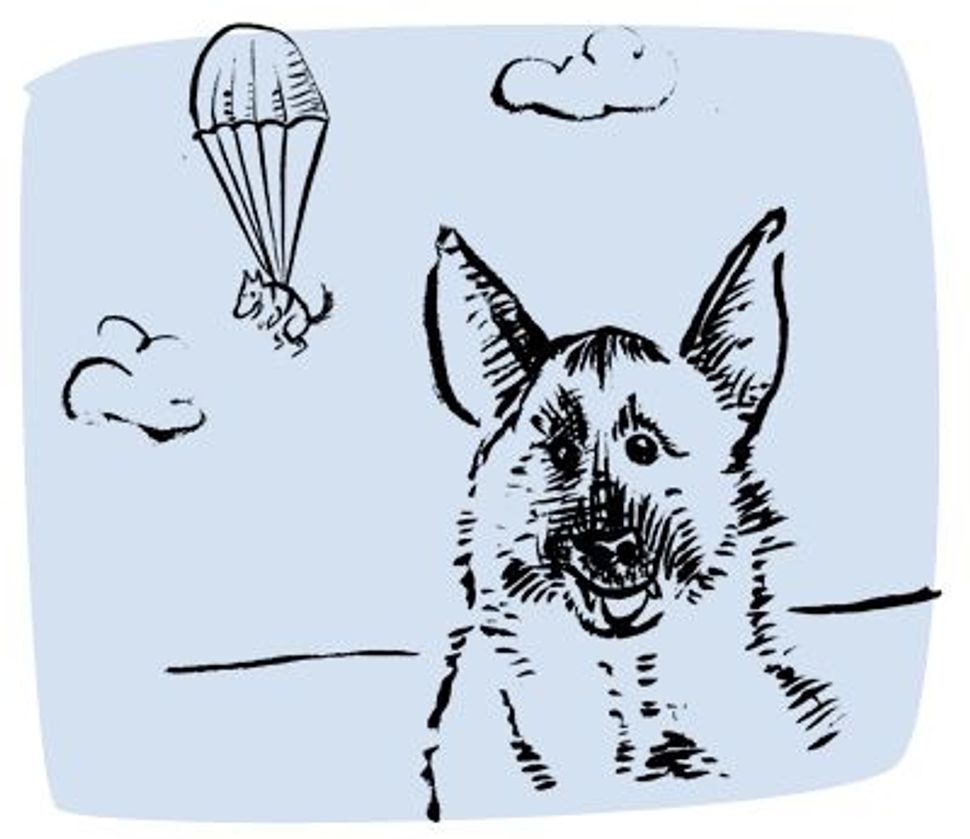 The relationship between dogs and Jews has been a fraught and complicated one. Though dogs fared poorly in the Hebrew Bible, of late, they have been honored as family pets and even granted “bark mitzvahs.” In order to better understand the history of the People of Canaan and their changing attitudes towards the Beasts of Canine, we asked Phillip Ackerman-Lieberman, co-editor of “A Jew’s Best Friend?: The Image of the Dog Throughout Jewish History” to offer his Top 10 Jewish dogs.

SEND US FAMILY PHOTOS OR VIDEOS OF YOUR JEWISH POOCH AT [email protected]. WE’LL FEATURE OUR FAVORITES ON THE FORWARD’S SITE.

10. Anubis This jackal-headed Egyptian god of the underworld shepherded thousands of our oppressors to eternal justice by weighing their heart against a feather.

7. Jeff Goldblum In the 2008 film “Adam Resurrected,” Goldblum plays a Holocaust victim walking the line between human and canine personalities.

5. Caleb b. Jefunneh A hero in the book of Numbers whose tracking skills earned him a doglike name.

4. The Egyptians’ Pets Exodus 11:7 reads “no dog shall snarl any of the Israelites”; what could be more supportive of God’s plan to redeem the Israelites?

2. The Canaan Dog Recognized by the American Kennel Club in 1997, the creation of this breed was a natural part of the founding of the State of Israel.

The Top 10 Jewish Dogs of All Time