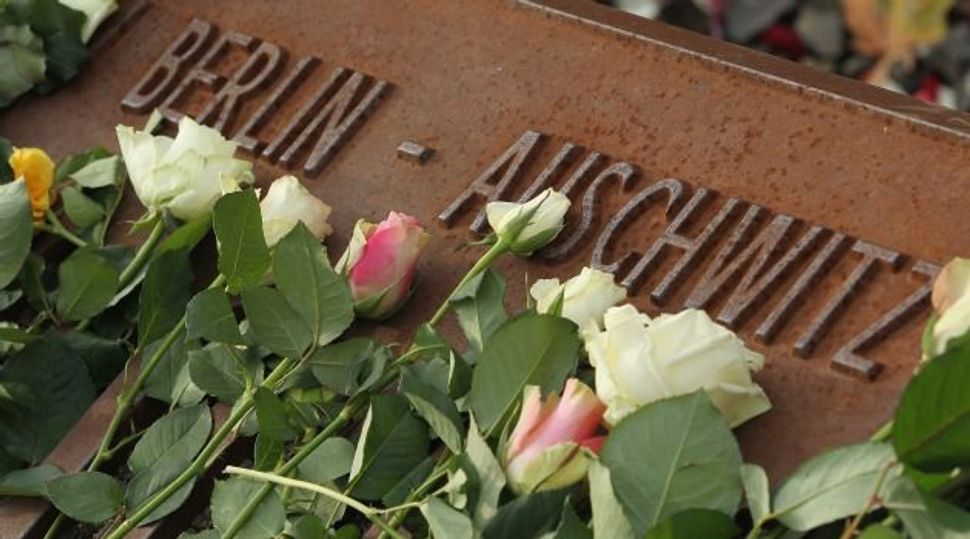 Genetic Memories: The observance of Tisha B?Av is marked by the remembrance of millennia of exile. Image by Getty Images

The other night, over frozen peanut-butter pie, I spoke to my children about Auschwitz. A Sabbath guest had mentioned his father’s unfortunate childhood and I seized the opportunity to discuss tattoos. My teenage children knew of the terrible numbering technique but my eight-year-old was baffled. Genocide makes for awkward dessert conversation. “On their arms?” wondered my innocent boy.

In New York City, where I was raised in the 1970s, we cried for Eastern Europe first, Judea second. Survivors were everywhere, ubiquitous in synagogues, bakeries and delicatessens. Yiddish was second to English, Hebrew a faraway third. A decade before “Schindler’s List,” my grade-school yearbook was Holocaust themed. I heard Simon Wiesenthal speak of hatred, grandparents speak of childhoods slain. I prayed for Zion but mourned Berlin, lamented temples but wept for Lublin. Romans were abhorrent but Germans were far worse.

In Israel, in 2013, my perspective has changed. Reminders of my people’s fabled defeats are inescapable. On weathered walkways and satin-smooth stones, in the pastoral names of cities and streams, the evidence of storied atrocities is everywhere. Here, English is second to Hebrew, Yiddish a distant third. With my grandparents long gone, Eastern Europe seems out of the way, the ruin of Jerusalem closer to my heart. In my Western Wall reveries, the enemy shouts Latin, not German; Hadrian threatens more than Hitler. Tears are millenia, not decades, old.

For the first time I have actual — not mythical — enemies. On buses and roadways, in marketplaces and cafes, haters plot to kill me. Death is now called for in Arabic, another language I do not understand. From sands to Cedars, from the river to the sea, the Holy Land is a burial ground. Biblical, talmudic and contemporary bones rest together, stuffing ancient acreage with sorrow. Zion is a museum of disappointment. There is hope but little solace.

Under existential threat liturgy has new meaning. Prayers seem both timeless and cliched. It can be difficult to identify where devotion ends and desperation begins — or if there is any difference. I cannot be satisfied or at ease. Like previous generations, I worry, worship, wonder. My grief does not debilitate, does not overwhelm. Compared to that of others my sadness pales. But who compares? Psalms contain me. Job is my Whitman, Jeremiah my Frost.

Joy, indulgence, fulfillment exist in measure. I mourn what was and what was not, what cannot, what will not ever be. My grief is not heroic, my melancholy not profound. I mourn because I cannot help not to. It is not only death I lament, not only exile I bemoan. I sigh for opportunities not taken, options unfulfilled. I mourn the triumph of iniquity, the defeat of possibilities. Heartache is a habit born from history. I can be happy but not without misgiving, can look forward but not without regret.

Down by the river my ancestors wept when recalling Zion. And lest my right hand wither, the honor of my tradition forbids me to forget. Millennia of exile have made jubilation impossible, elation always undermined by pangs of discontent. Sadness alone is not depression, though. My tradition also mandates festivals, longing, living. With a calendar marked by occasions of glee and instances of dismay, I nurse a cocktail of contradictions: two parts laughter, one part tears, with a healthy splash of guilt.

Like the title character in Franz Kafka’s story “A Hunger Artist,” I invite Heaven to look down upon me. That artist’s muse was professional fasting, retreating into himself inside a small cage. As townsfolk marveled at his endurance, the artist would deny himself the smallest morsel, for “the honor of his profession forbade it.” He was a popular performer, everybody wanting to see him at least once each day. Sometimes, after forty days, the artist would oppose eating, wondering why he should lose out on “beating his own record by a performance beyond human imagination.”

My mourning too feels sometimes like theater, a lingering tragedy that drags on and on and on. Cross-legged on the floor, by the glimmer of melting candles, poetic Lamentations soak the midnight air with woe. I have come to the ancient wall with throngs of wailing others on the ninth of the month of Av. Orphans in a widowed city, we are destitute, afflicted. Each year we extend this predictable eulogy far beyond imagination. After obsessive sacrifice and guilt, the 25-hour midsummer fast will conclude with steaming coffee and cinnamon buns. Life can be that way.

Toward the end of his life, the hunger artist was observed by a nostalgic father and his children. In the twilight of his career, the artist alleged he could “astound the world by establishing a record never yet achieved,” in his zeal forgetting the evolution of public opinion. When the father prompted his children they were “rather uncomprehending, since neither inside or outside school had they been sufficiently prepared for this lesson.” Times had changed. The thrill of hunger artistry was gone. Those children no longer cared.

Tonight I am in Jerusalem with my caring children, who are prepared at home and school for the occasion. On Passover we celebrate freedom; on the ninth of Av we honor sorrow. Life has always been that way and seemingly always will. My children are aware of their bloodlines — of calamities and horrors, accomplishments and dreams. To be a Jew is to preserve each opposite because we cannot afford not to. With Auschwitz in mind we move forward. With the future in mind we look back.

I no more enjoy grief than did Kafka’s artist relish hunger. When asked by an overseer why his fasting should not be admired, the hunger artist admitted that he has to fast, that he “can’t help it.” “And why can’t you help it?” asked the overseer. “Because I couldn’t find the food I liked,” said the hungry performer, “If I had found it, believe me, I should have made no fuss and stuffed myself like you or anyone else.”

I am a Jew. Someday I will not mourn.

Mendel Horowitz is a therapist and educator living in Israel.