Dara Horn Offers Her Own ‘Guide For the Perplexed’ 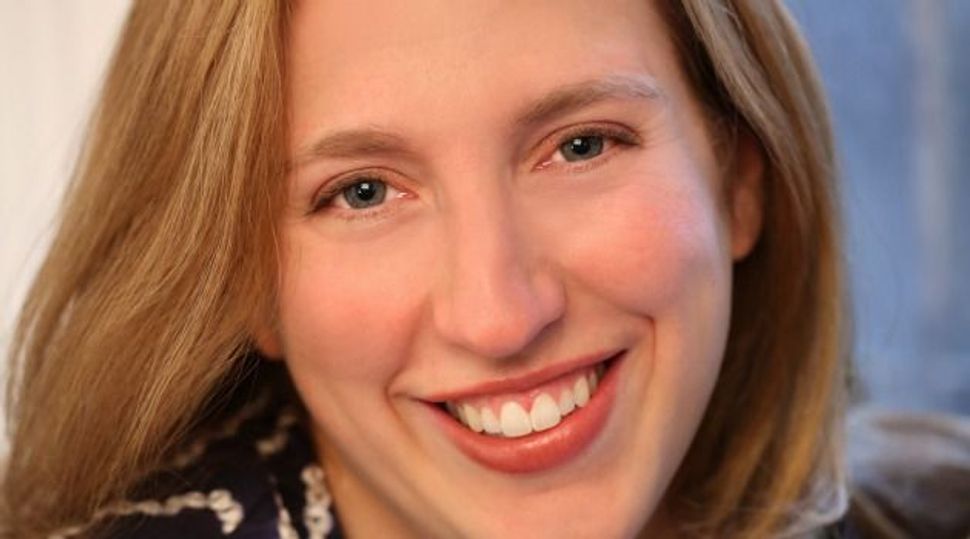 In Dara Horn’s first novel, “In the Image,” published in 2002, Rosenthal, an elderly Jewish immigrant, tells young Jason about crossing the Atlantic in steerage. When the ship finally approached the Statue of Liberty, passengers were so eager to shed their Old World selves that they tossed their tefillin overboard. “I want you to be a deep-sea diver,” Rosenthal informs Jason. “I want you to dive down to the bottom of New York Harbor and bring those cast-off tefillin back up to land.”

Through her first three novels — “The World To Come” and “All Other Nights” are the others — Horn has been that diver, recovering vestiges of the Jewish past. She has drawn on czarist pogroms, the American Civil War and Stalinist anti-Semitism for her plots, and has enlisted Judah P. Benjamin, Marc Chagall and Yiddish author Der Nister to mingle with her fictional personages. Mosheh ben Maimon (also known as Rambam or Maimoni. des), the medieval philosopher, and Solomon Schechter, the modern rabbinical scholar, are among the characters that populate Horn’s latest novel, which takes its title from Moreh Nevukhim, Maimonides’s monumental contribution to Jewish thought.

Set in the present and in 1896 and 1171, “A Guide for the Perplexed” jumps back and forth between Cambridge, Mass.; Cambridge, England; Alexandria, Egypt, and Cairo. In the present, Josie Ashkenazi, a 33-year-old genius, has become rich by creating an electronic platform, Genizah, that catalogs every moment of a person’s life. While serving as a consultant at the Library of Alexandria, Josie is kidnapped and held for ransom. Imprisoned within the City of the Dead, the Cairo necropolis that is home to hundreds of thousands of paupers, she reads Maimonides’s “A Guide for the Perplexed” and ponders the philosopher’s challenge of reconciling divine omniscience with human freedom. If God knows how everything turns out, how can we presume to make a choice?

Josie’s Genizah project derives its name from the storage room in which books and papers are discarded rather than destroyed. The most famous repository, the Cairo Genizah, contained hundreds of thousands of documents accumulated throughout a millennium when European scholars discovered it in the late 19th century. Schechter was one of them, and Horn portrays his anxiety and ecstasy in Cairo, attempting to make sense of “the fathomless pit of paper. The air in the room was alive, trembling with the thoughts of the thousands of people whose names were inscribed in the parchments below.” One of those names was ben Maimon, whose faded letter expresses the philosopher-physician’s anguish over the death of his brother.

A genizah is, according to the preeminent specialist S.D. Goitein, who Horn herself quotes from, “the very opposite of an archive.” That insight is echoed in the novel, where the ordered, accessible pages in the Library of Alexandria contrast with the dusty clutter of the Cairo Genizah — and the muddle of memories that constitutes human identity. Josie’s hubristic Genizah (and , in the novel, Josie does acknowledge her own hubris) aims to organize and immortalize individual lives.

Intent on shoring fragments against the ruins of Jewish history, Horn is an archivist more than she is the shamash of a genizah. Her novel is built on patterns that tidy up the litter of experience. It is, for example, replete with sibling rivalries: Josie and her envious sister, Judith; Schechter and his twin brother, Srulik Schechter, who forsakes Torah to work the land of Palestine; ben Maimon and his merchant brother, David ben Maimon; Agnes Lewis and Margaret Gibson, twin scholars in Victorian Cambridge, and Nasreen, a librarian in Alexandria, and her needy sister, Zulaika.

Each subplot features at least one gaon, or prodigy, such as Maimonides, Schechter or Josie, and dimmer folks who try to undermine him or her. The biblical tale of Joseph thrust into a pit by his covetous brothers is replicated in a bullying incident in Josie’s summer camp as well as in her Cairene captivity.

In a 2005 interview with Moment magazine, Horn confessed to a sibling rivalry with Hebrew writers who “were able to write contemporary secular stories that were infused with an awareness of the thousands of years of Jewish literature that preceded them.” Such envy is misplaced. “A Guide for the Perplexed” is a richly layered book that leaves a reader perplexed, but also grateful and impressed.

Steven G. Kellman is the author of “Redemption: The Life of Henry Roth” (W.W. Norton & Company, 2005) and “The Translingual Imagination” (University of Nebraska Press, 2000).

Dara Horn Offers Her Own ‘Guide For the Perplexed’