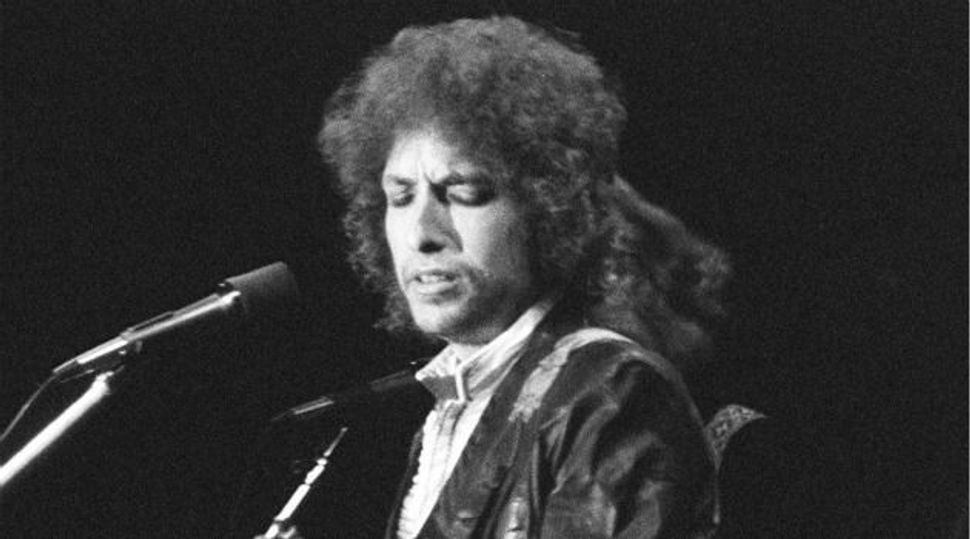 Born Again: Bob Dylan?s ?Self Portrait? was one of his most reviled albums, but it has been reborn in a new version that is surprisingly revelatory. Image by Getty Images

The line on Bob Dylan is that he never released his best material. Whether or not that’s entirely true, the best evidence is surely the period from 1967 to 1974 — from the motorcycle accident that ended Dylan’s second, electric incarnation, to the comeback hit “Blood on the Tracks.” During this period, Dylan and The Band helped reinvent American music, fusing country, folk and rock — and locked up their best work in a basement in Woodstock, N.Y.

Meanwhile, Dylan’s output from the period includes one of his most reviled albums, “Self-Portrait,” which he once described as “throwing a lot of stuff at the wall, and keeping what stuck, and keeping what didn’t stick, too.” “Self-Portrait” is indeed awful. An incomprehensible collection of terrible originals and even more terrible covers, half-sung in Dylan’s weird “Nashville Skyline” crooner voice, it prompted rock critic Greil Marcus to ask, plainly, “What is this s–t?”

So when I heard that the good people at Columbia Records were issuing “Another Self Portrait,” a collection of outtakes and demos from the period, I thought, “They’re really scraping the bottom of the barrel now.” What’s next? Dylan’s old voice mail greetings?

Listening to the new release, though, is a revelation. It’s the lost document, the Rosetta Stone, that makes sense of what Dylan was after, and failing to accomplish, not just in “Self-Portrait” but also in its much better sequel, the rootsy “New Morning” — and even in the past two decades of the man’s career, during which he’s reinvented himself yet again, this time as a champion of American roots music, a traveling journeyman/charlatan and a purveyor of the kind of timeless, immortal music that he helped displace half a century ago.

Forget Dylan the protest singer and Dylan the sublime lyricist. On “Another Self Portrait,” as in his recent work (from the 1998 “Love and Theft” up to last year’s “Tempest”), the lyrics often seem secondhand. Many are plagiarized from classic folk songs; many others just sound like they were. They traffic in stock images — the jail man; the preacher; the pretty, innocent girl. And this is the point. Dylan is searching for authenticity here; as he said in his recent, ranting Rolling Stone interview, “tradition — that’s what I’m about.”

Despite Dylan’s Jewish roots, or perhaps because of them, the tradition in question is not Yiddishkeit but Americana. Like Woody Guthrie before him (not Jewish, but married to a Jew and the father of Jewish children), Dylan’s embrace of American roots is that of an outsider relating to a tradition, not of a native son, and thus it carries a degree of reflexivity; Dylan is at once appreciator and enactor of these traditions. He’s both artist and fan.

The timing of this investigation, which begins with the 1967 release “John Wesley Harding,” is not coincidental. Remember the context. Dylan had gone to beatnik superstar from bohemian poet, to cynical imagist poet from earnest folksinger — in the space of about a year. Everything was moving fast: the records, the flights around the world and the motorcycle on which he almost died on July 29, 1966.

For the next year, Dylan recuperated in a house near Woodstock. Away from the swirl of the 1960s — which Dylan inspired, and yet in which he did not really participate — Dylan turned to solid things: farms, honest songs, country living. “Time passes slowly up here in the mountains,” Dylan sings — on “Another Self Portrait,” in an alternate version with backing vocals by George Harrison. While the world was spinning toward revolution, Dylan had already abandoned the persona that provided the world its soundtrack.

The songs he wrote and recorded with The Band in 1967 did, in fact, go unreleased, circulating as bootlegs until Columbia Records finally put them out as “The Basement Tapes” in 1975. Indeed, the only official Bob Dylan and The Band album was the disappointing “Planet Waves” (1973). Meanwhile, Dylan recorded with other musicians, his output ranging from brilliant (“John Wesley Harding”) to puzzling (“Nashville Skyline”) to appalling (“Self-Portrait”). It’s almost as if Dylan was afraid to reveal himself during this period of healing and introspection, instead putting out crap for mass consumption, singing in a fake voice — almost entirely absent in this new collection — and withdrawing from public life. As he sang in 1970, “The man in me will hide sometimes, to keep from being seen /But that’s just ’cause he doesn’t want to turn into some machine.”

“Another Self Portrait” is what he was doing in private. Some of the tracks are indeed gems. The cover of Leadbelly’s “Bring Me a Little Water” sounds like a lot of the songs on “The Basement Tapes,” and wouldn’t be out of place next to The Band’s best-loved songs, like “The Weight.” The cover of Dylan’s own “Highway 61 Revisited,” performed with The Band, is rollicking and better than any of the others I’ve heard. It turns Dylan’s apocalyptic satire into a roots-rock revival; it’s almost impossible not to sing along with it. Most of “Another Self Portrait” is an unexpected treasure trove. It’s better than the best of what we have from this period so far, and feels like the real Dylan that was indeed hiding to keep from being seen. Turns out the true believers were right.

In fact, this strange juxtaposition of rootsy beauty and commercial schlock would recur in Dylan’s career, and become resolved in only its most recent period. As Dylan wrote in his quasi-memoir, “Chronicles,” he found himself in a comparable career malaise in the 1980s, as he churned out similarly uninspired “product” for years, desperately trying to remain “relevant.” The way out was the same as it had been two decades earlier: getting back to basics, first with the 1989 album [“Oh Mercy,”] then with two albums of acoustic covers of classic Americana, and finally with the 1997 masterpiece “Time Out of Mind” and its successors.

It’s only now, it seems, with the wisdom of age, that Dylan can reveal his roots in public, to sing about “Thunder on the Mountain” and host “Theme Time Radio Hour.” Or, who knows? Maybe that’s just another con. Maybe the truth is that there are only cons.

If you like, you can understand this whole cycle in religio-cultural terms. Dylan wanders, he gets lost, he gets back to his roots. This is the pattern of many American Jews, whether the roots are religious, cultural, artistic — or not Jewish at all. Perhaps it has something to do with Diaspora, with placelessness, with not quite having a home.

Yet Dylan’s is also a universal psychological journey, as we all wander from our cores and have to restore our connection to them now and then, to remember the truths of who we are and what we love. To hear Dylan find that core, half-reinvent it, and succeed in bringing forth such private beauty from it is the joy of “Another Self Portrait.”

Jay Michaelson’s newest book is “Evolving Dharma: Meditation, Buddhism, and the Next Generation of Enlightenment” (Evolver Editions). But his best material is unreleased.