What If Anne Frank’s Sister Had Survived? 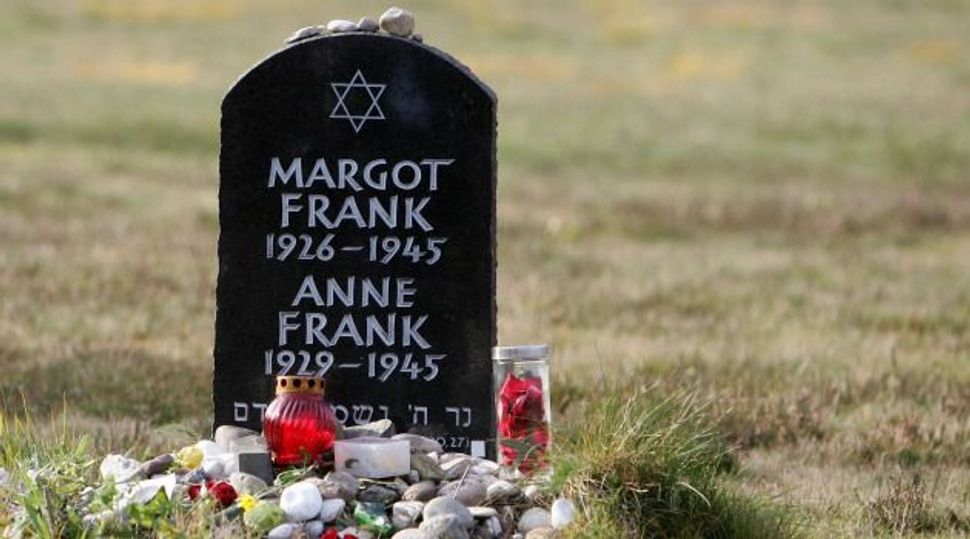 What if Otto Frank hadn’t been the only survivor of the Prinsengracht annex? What if, instead of dying in Bergen-Belsen in March 1945 — two days before her more famous sister, Anne — Margot Frank had survived the war and resurfaced in Philadelphia, working as a secretary and posing as a gentile by the name of Margie Franklin?

This concatenation of hypotheticals forms the premise of Jillian Cantor’s new novel, “Margot,” which kicks off in the spring of 1959, the same year the movie version of “The Diary of Anne Frank” hit the big screen.

Unlike many alternate-history books, “Margot” doesn’t take on a whole chain of historical events. The novel is small in scale: just one woman’s life. Though, of course, no woman symbolizes the horrors of the Holocaust better than Anne Frank, and by extension, the studious older sister who gets so few mentions in her “The Diary of a Young Girl.” And because we know so little of the historical Margot Frank, Cantor can really run with her fictional Margie. And run she does.

In “Margot,” the demure, skeletal Margie Franklin of Philadelphia has learned to live in hiding — a different, but no less urgent, type of concealment than the sort her family endured in the Amsterdam annex. She lights Sabbath candles in secret every Friday; she wears a sweater on even the hottest days, to conceal her tattooed serial number. She frequently thinks of her dead sister, guiltily but not always altogether fondly: “Look at you, my sister said, laughing, in my head. Living your American dream in a thick black sweater.”

Just as often, Margie remembers her secret annex paramour, Peter van Pels, whose idea it was to change names and meet up under different identities in the City of Brotherly Love: “Hiding who you are,” he tells her, “it’ll be so much easier than hiding where you are.” (Like much of this book, the Margot Frank/Peter van Pels romance is an invention.)

Margie works at a Jewish law firm for the righteous, handsome and generally flawless Joshua Rosenstein, who decides to take on a class-action anti-discrimination lawsuit that a Holocaust survivor has brought to him. It’s this event, coupled with the sudden ubiquity of Anne Frank on movie posters and in conversations all over the city, that begins the slow unraveling of Margie Franklin’s carefully constructed American identity.

The plot that follows is brisk and entertaining, if not exactly suspenseful: a fast-paced mix of flashbacks, near trip-ups and romantic frissons. One of the main questions — will Margie reunite with her annex lover? — is flimsy from the outset; the possibility that he, too, defied Red Cross recordkeeping and survived the Holocaust seems a long shot to all but Margie. More interesting (at least initially) is Margie’s uneasy attraction to the wealthy, cosseted American Jew whose appointments she schedules, and indeed some of the best moments in the book are Margie’s intermittent reflections on how easy Americans — even, or especially, American Jews — have it.

Alternate retellings of stories with all-too-familiar endings are inherently compelling, and World War II has long been a favorite for revision. Philip K. Dick’s “The Man in the High Castle” hinges on president-elect Franklin Roosevelt’s 1933 assassination, which eventually leads to the triumph of the Axis powers. In Philip Roth’s “The Plot Against America,” FDR (always, in these stories, the symbolic beachhead defending civilization as we know it) loses re-election to the isolationist and anti-Semitic Charles Lindbergh. Hitler’s assassination in 1930 is the opening gambit of Kate Atkinson’s recent time-bending novel, “Life After Life.”

Although “Margot” is a quick, enjoyable read, it’s less compelling than these similarly themed books. Perhaps it’s the chick-lit tone, or the tightness of the focus: Margot Frank’s survival in no way alters the course of history — in some narrow Emersonian sense, sure, but not in the way FDR’s assassination or electoral defeat might have.

What redeems the better alternate histories from crudeness or comedy is the tantalizing plausibility of the different outcomes that they dramatize, along with the chain of events leading to them. There are, when it comes down to it, infinite ways to re-imagine this particular war. What if the July 20 plot had worked, and Hitler had been assassinated while the Franks were still safely hidden away in the office annex? Or if he’d been assassinated a decade earlier, would the Reich have quickly folded without its charismatic and crazy leader? Or if, as in Atkinson’s version, he’d been killed in 1930, before he even became the Führer?

The premise of “Margot” is just as plausible, but without the domino effect that makes the more acrobatic of these plots so captivating. It’s a different kind of story: intimate, quiet and also, in the end, optimistic — somewhat disappointingly so. As Cantor writes in the author’s note, “In creating Margot/Margie here, I wanted to give back what was stolen from her, even if only in a fictional world: her voice, her life, her happy ending.”

But what, after all, is the lesson of Anne and Margot Frank’s lives? That people are really good at heart but murder and get murdered anyway? It’s a question that no happy ending can fully address.

Laura Moser is the co-author of four young adult novels, the most recent of which, “My Darklyng,” ran as a serial on Slate.

What If Anne Frank’s Sister Had Survived?