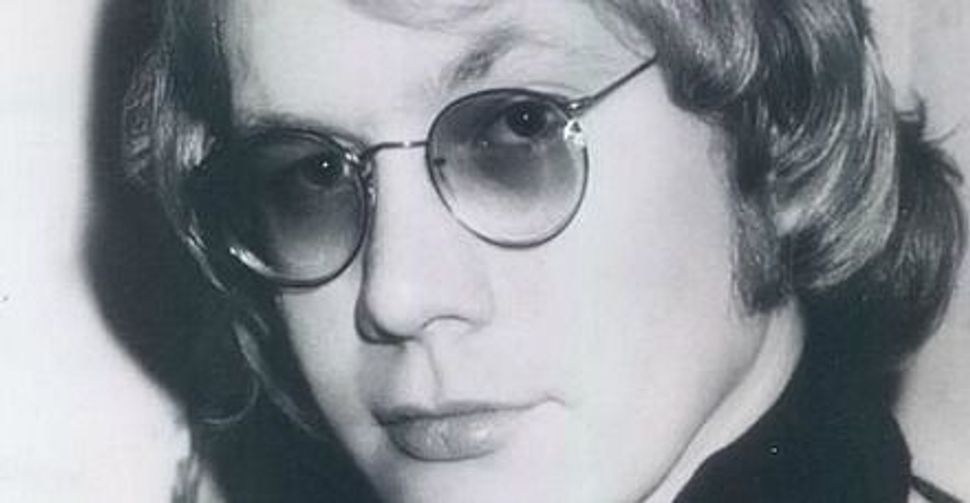 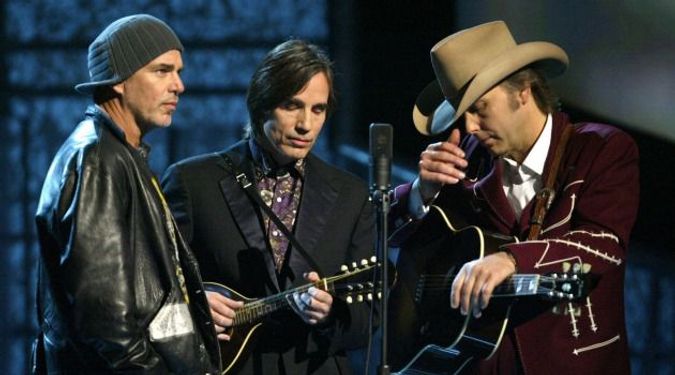 Just about every anecdote from Warren Zevon’s storied rock ’n’ roll career seems steeped in legend. Take the recording of his biggest hit, “Werewolves of London.” Zevon’s longtime collaborator Jorge Calderon recalled finding producer Waddy Wachtel in the back office of the Sound Factory recording studio, “sporting a sad and worried face” because they had tried the sixth or seventh rhythm section and hadn’t gotten a track. “Such a simple song,” Calderon recalled, “and they couldn’t do it right.”

In a moment of inspiration, Calderon recruited Mick Fleetwood and John McVie of Fleetwood Mac to play with Zevon on the song: “I just was hanging with them.” Calderon believes that it was their involvement that propelled the song to “hitdom,” which was one of his “proudest ‘save the day’ moments.”

September 2013 marks the 10th anniversary of Zevon’s death. To commemorate the anniversary, Calderon, Wachtel and others from Zevon’s inner circle, including Jackson Browne and Linda Ronstadt, spoke to the Forward to reconsider the legacy of one of rock music’s most raucous and misunderstood enfants terribles.

Born in Chicago in 1947 and raised primarily in Fresno, Calif., Zevon was the product of an ill-fated marriage between the small-time Jewish mobster William “Stumpy” Zevon and a Mormon woman named Beverly Simmons. Calderon said that Zevon “loved his Jewish heritage from his father and then Mormon mother… he thought that was insanely weird, that combination.”

As a child, Zevon studied with the composer Igor Stravinsky; he began to write songs in the 1960s, and his first two albums on major labels, the self-titled “Warren Zevon” (1976) and “Excitable Boy” (1978) — which include such cult classics as “Roland the Headless Thompson Gunner,” “Mohammed’s Radio” and “Desperados Under the Eaves” — are now considered seminal works of the ’70s California music scene. Zevon’s music became known for its narratives of youthful impulse and international espionage. But Zevon quickly descended into alcoholism, and he once told David Letterman that at the peak of his habit, he drank “a couple of quarts of vodka a day.” He overcame his substance abuse in the ’80s and ’90s, but struggled to regain his popularity. Wachtel, who co-produced “Excitable Boy,” expressed disappointment that Zevon’s music has not reached more listeners: “People only know him in terms of being a drunken lunatic or as the guy who wrote that funny werewolves song,” Wachtel said, adding that he hopes people let Zevon’s “musical soul meet and touch them, because it was such a deep beautiful place and it was so musically exquisite.”

In the decade since his death, Zevon’s legend has continued to grow, thanks largely to a loyal following and to the publication of a best-selling biography, “I’ll Sleep When I’m Dead: The Dirty Life and Times of Warren Zevon” (Ecco, 2007), by his ex-wife, Crystal Zevon.

But “I’ll Sleep When I’m Dead” — which chronicles not only Zevon’s “drunken lunatic” days, but also his later sex addiction, his obsessive compulsive disorder and the dissolution of many of his personal relationships — has only further clouded his musical legacy; however, when asked what distinguished him as a songwriter, many of his collaborators seized the opportunity to share stories and recollections.

Linda Ronstadt, who performed cover versions of such Zevon classics as “Poor Poor Pitiful Me” and “Carmelita,” said Zevon believed that his musical success came from a unique combination of a “very poetic sensitivity with this real dark, film noir, Raymond Chandler quality.” She recalled Zevon as an enigmatic character who carried a copy of the military magazine Jane’s Defence Weekly. “Was he a KGB agent?” she joked and further speculated that she recorded his songs because she “wanted to be as cool as Warren.”

Wachtel recalled recruiting Ronstadt and Jennifer Warnes to sing backup vocals for Zevon on the title song of “Excitable Boy.” “I need a Beach Boys background on this,” he remembered thinking. “I just grabbed the phone, called Linda Ronstadt, just, ‘Hi, Linda. What are you doing?’ ‘Oh, nothing.’ ‘You want to come sing? I need to do a Beach Boys thing.’ She goes, ‘Sure. I’ll be right down.’” Wachtel still marvels at that “incredible period where you called Linda, who had the biggest records in the world, and suddenly she’s down at the Sound Factory.”

Zevon’s daughter, Ariel Zevon, told the Forward that it is her father’s “dry, dark humor and quirky sincerity that touches people who listen to his lyrics…. Though he composed rock music, his classical training gave his music a unique edge.”

Browne said that Zevon crafted muscular narratives: “He honed in on the truth, and he honed the kind of narrative in which the truth was presented with all of its odd complexity.” Although Browne admired Zevon’s literary sensibility, he also praises his self-effacing sense of humor: “There was one time I introduced him onstage as the Ernest Hemingway of the 12-string guitar, and later he corrected me and said, ‘No, no, no, the Charles Bronson of the 12-string guitar, if you don’t mind.’”

Calderon worked on every Zevon album and co-produced “The Wind,” the double-Grammy-winning, self-eulogizing final record released less than two weeks before Zevon’s death. Asked if he might be considered Horatio to Zevon’s tragic Hamlet, Calderon said: “I lasted with him more than anybody else. He had beefs with everybody else. I was a constant. For some reason we understood each other.”

Calderon offered a glimpse into Zevon’s writing process: “He liked to write the words first. We would sit down and we’d talk and talk on ‘the couch of pain,’ like he used to call it, where you sweat to get the next line. He would get a title first. If it was me talking about something — like the ‘Fistful of Rain’ song — and I was going ‘Money’s tight, it’s so lean, it’s like holding onto a fistful of rain.’ And he goes, ‘Oh, man, I like that.’ So that became the title…. The title was first, and then he would write it on the top of the page. And the task was to write all the lines for that theme, with no idea of music at all. We would go line by line… we’d start with a couple of lines and keep going until we had the whole verse and chorus, and then he would put music onto it…. Then when it was all done, he would sit at the typewriter — a manual typewriter — put it up on the typewriter, and boom, that was it. Done. Then he would put it to some music.”

Recalling the middle decades of Zevon’s career, Calderon noted that Zevon’s musicianship sustained him when his popularity dipped. “When things dried up in the middle, he tried to get film score gigs or TV stuff, but he told me he was looked upon as that crazy guy,” Calderon said. “That’s why he was so grateful for Paul [Shaffer] and Dave [Letterman], who gave him a chance to be in charge of the band here and there… because he was treated with respect as a musician.”

Those who know Zevon’s music best are dedicated to keeping his musical legacy alive. A grassroots movement to induct Zevon into the Rock and Roll Hall of Fame has taken root on Facebook. It’s the personal connections to the songs that resonate with his fans and with those closest to him. “He wrote these great songs that live on,” Jackson Browne said. “There’s a joy in singing ‘Lawyers, Guns and Money.’”

The anniversary of Zevon’s death is a reminder that great music transcends time and connects generations. Ariel Zevon recalled her father writing the song “Keep Me in Your Heart” when she was pregnant with her twin sons. “I played that song to my boys when they were little to go to sleep,” she said. “My father had passed away when they were just 3 months old, so it has been my way to keep him in their lives.”

Harold Heft, a writer in Toronto, is still looking for a place called Lee Ho Fook’s.