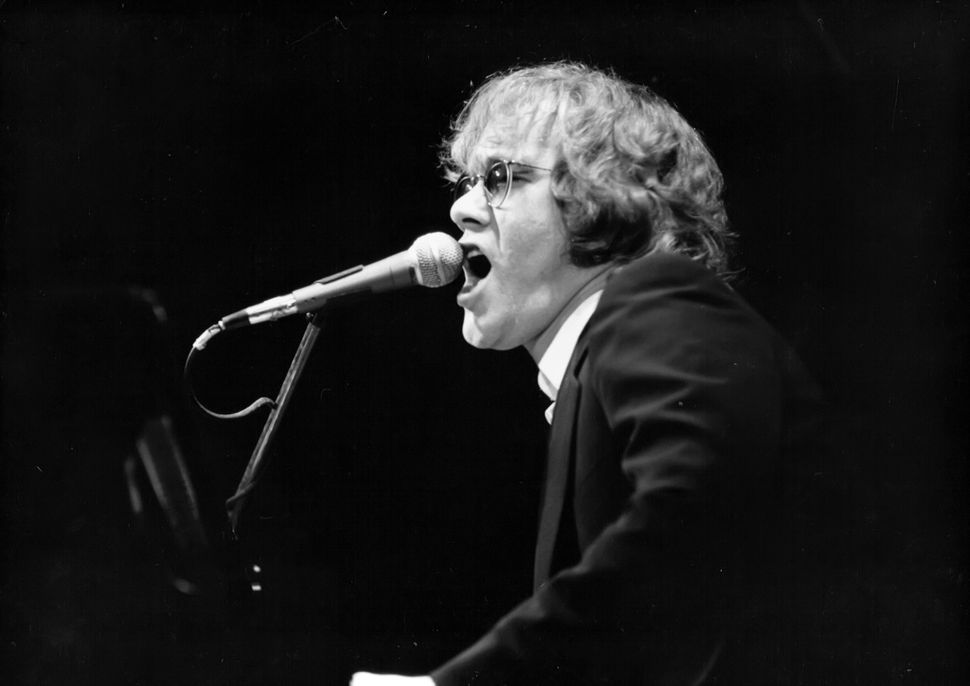 From songs of youthful rebellion to late, introspective masterpieces, Warren Zevon’s music continued to evolve until his untimely death. Though he only had one legitimate hit, “Werewolves of London,” the following list also contains many of the most beloved, energetic, and enduring cult classics of his expansive oeuvre.

Desperados Under the Eaves represents the moment in Zevon’s oeuvre where he pivots from wild-man alcoholic (“All the salty Margaritas in Los Angeles, I’m gonna drink ‘em up”) to melancholy alcoholic (“Still waking up in the mornings with shaking hands, And I’m trying to find a girl who understands me.”) And the song also contains rock and roll’s greatest extended impersonation of an air conditioner’s hum (“mmm, mmm, mmm”).

Mohammed’s Radio is one of Zevon’s songs immortalized by Linda Ronstadt, who told the Forward, “I’m a huge fan of the radio. I loved that song because of that… when we used to be driving around in the car and something great would come on and somebody would lean over from the back seat and say ‘turn that up’… Mohammed’s Radio, it’s just like that – ubiquitous, it’s everywhere – it has a deified quality to it.”

Poor Poor Pitiful Me is one of Zevon’s funniest songs, narrated by a milquetoast so inept that he can’t even get a train to run him over when he tries to commit suicide. The song eventually delves into lyrics of sado-masochism because, after all, what would an early Zevon song be without them?

Excitable Boy co-written by LeRoy Marinell, is Zevon at his macabre best, telling the tale of a homicidal youth raping and killing his prom date (named little Suzie), all set against playful “ooh-wah -ooh” backing vocals. He claimed that his only autobiographical reference in the song was that he, like his protagonist, “rubbed the pot roast all over his chest.”

Werewolves of London, co-written by LeRoy Marinell and Waddy Wachtel, will always be Zevon’s signature song, an homage to his love of “B” horror movies. Jorge Calderon called it “a catchy novelty dance song. A damn good one. So it flew.” The song’s inclusion on the soundtrack of Martin Scorcese’s 1986 film The Color of Money later gave Zevon’s career some momentum to spur his eventual comeback.

Boom Boom Mancini is probably Zevon’s closest approximation of heavy metal, telling the story of boxing enthusiasts racing home to watch a prize fight between lightweights Ray “Boom Boom” Mancini and Bobby Chacon. Zevon’s lyrics, “They made hypocrite judgments after the fact, But the name of the game is be hit and hit back,” transcend boxing commentary.

Mutineer is reminiscent of Tennyson’s poem Ulysses, as it describes comrades contemplating their wild youth – “Long ago we laughed at shadows, Lightning flashed and thunder followed us” – and the spirit of adventures yet to come. And, like Ahab’s Ishmael, Zevon understands that every hell-raising mutineer needs a chronicler, a witness to a life lived large.

I Was in the House When the House Burned Down is one of Zevon’s few pure folk songs. Though he had not yet been diagnosed with the cancer that would soon kill him, this song presents spiritual images of the redemption that might come after a lifetime of debauchery and wasted opportunities.

Genius, co-written by Larry Klein, is a late, overlooked masterpiece in Zevon’s career that showcases both the classical composing he learned with Stravinsky in his youth and his skill at writing arch, sardonic lyrics: “Albert Einstein was a ladies’ man, While he was working on his universal plan, He was making out like Charlie Sheen, He was a genius.”

Disorder in the House, co-written by Jorge Calderon, sees Zevon rocking and raging against the dying of the light shortly before his death. The song is messy and chaotic, featuring a mythic guitar solo by Bruce Springsteen. In the Zevon biography I’ll Sleep When I’m Dead, producer Noah Snyder recalls that Springsteen turned the amp “all the way up. So, after he plays, he kills the amp… There was nothing left for the amp to do – it had achieved the highest state of amp-dom and went right up to God at that point.”