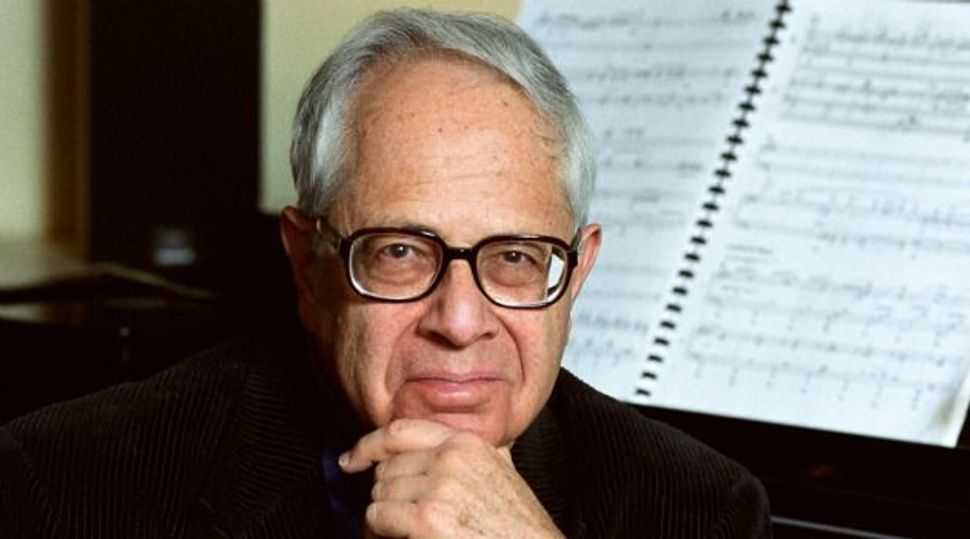 Piano Man: Gary Graffman is celebrating his birthday in October with the release of a 24 CD box set of his entire recorded output. Image by Carol Rosegg

Recent commemorations of the 50th anniversary of the civil rights movement’s landmark March on Washington might not appear to have much in common with the legacy of American Jewish pianist Gary Graffman, who celebrates his 85th birthday on October 14.

But history entwined the two in 1964, when one of this country’s most revered musicians and teachers unexpectedly found himself leading an anti-segregation campaign in the Deep South — and paid a steep price for his efforts.

Graffman — whose birthday is being marked with the release of a 24 CD box set on Sony of his entire recorded output — had not been politically active before he received a letter from a student in Jackson, Miss. named Austin C. Moore III, asking for help. Despite the 1954 Supreme Court desegregation ruling, African-Americans were excluded from the kind of concerts Graffman gave, or at best, forced to sit in designated areas, such as the balcony.

Moore, a student at Tougaloo College, was active in the Student Non-Violent Coordinating Committee. His letter was a plea for Graffman to boycott a February concert he was to give at Jackson’s Municipal Auditorium. It had been arranged by his management, the Columbia Artists’ “Community Concerts” division, which booked young up-and-coming musicians in venues around the country.

A recent incident in Jackson had set off a firestorm. Two black students who were standing in line for a concert by the Royal Philharmonic Orchestra of London were barred from entering, even though they held tickets; when they protested, the two were arrested and held in jail overnight. Graffman said he was moved, pointing to his ancestry as the reason he couldn’t ignore the request.

“My grandfather, David Semyonovich Margolin, was prominent in the world of the Jews of Eastern Europe,” recalls Graffman as we sip dill-flavored vodka in his apartment near Carnegie Hall.

“He came from an extremely wealthy family. My great-grandfather owned most of the boats on the Dnieper River, and even though he was Jewish he became chairman of the gas and electric company of Kiev. And he introduced the street-car to Russia. He only believed in the Russian Ruble and the German Mark, otherwise I’d be a billionaire today.

“There were murders throughout the region in that period, and they were often blamed on Jews. This came to a head with Mendel Beiliss, who had been accused of the ritual murder of a Christian child. Some people got together and decided enough was enough — and not all of them were Jewish, by the way. My grandfather had an idea of what really had happened, became the defender of Beiliss, and found the guilty murderess. She ran away, but Beiliss was saved. It was the first time that a Jew defending a Jew had accomplished such a feat in Russia. He was disbarred for his efforts.

“But as a result of winning the case, he became a hero in the brief time that the Ukraine was independent after the First World War. He became a representative to England, in fact, and took my mother with him. Then the Bolsheviks took over. He moved to America with my mother.”

The sense of justice instilled in Graffman by family and Jewish tradition made the plea he received from Moore particularly poignant. But the answer was not so simple.

“If the issue of human rights determines whether or not one will play in a particular country, then there would be very few places to play,” Graffman wrote in his charming 1981 autobiography, “I Really Should Be Practicing.”

And that’s not all. He knew that if he canceled the recital claiming illness, nothing would be gained. But if he announced the real reason, he would be violating the terms of his legally binding contract. There could be serious consequences.

He considered other possibilities: If he played the concert and publicly donated the money to SNCC, it would make quite a statement. So he sought advice from civil rights leaders like Roy Wilkins and Martin Luther King, Jr., who told him they would be grateful for anything he did. But Moore stood firm: Only a boycott would make a difference.

Ultimately, the mayor of Jackson, Allen C. Thompson sealed his fate. When actor Dan Blocker of the television show “Bonanza” canceled an appearance out of sympathy for the plight of Jackson’s African-Americans, the mayor went on TV calling for a boycott of the sponsors of “Bonanza,” asserting that he only wanted people in his town who agreed with Jackson’s way of life. “For me, this was clearly a formal invitation to stay away,” says Graffman.

Still, it was not easy. Lawyers went into overtime, negotiating, posturing and pointing out the dangers of not showing up. But when it was time to travel to Jackson for the concert, Graffman instead returned to New York, where he found an urgent message from pianist David Bar-Illan. Bar-Illan had received a call asking if he would replace an ailing Graffman in Jackson.

When Graffman told him the details, he decided he wouldn’t go either. By this time, the news began to spread. Journalists picked up the story. And one by one, every musician on the Columbia Artists list declined to perform in Jackson.

During the hubbub, the NAACP circulated a plea to every artist under United States management to refuse to perform in segregated halls. The headlines screamed names like Arthur Rubinstein, Vladmir Horowitz, Leonard Bernstein and Erich Leinsdorf, who all joined in the effort. “A dinosaur was awakening, yawning, stretching and shaking himself (and splattering mud on everything in sight),” wrote Graffman. And a new era was beginning to emerge.

In the end, Graffman’s long-standing manager dropped him. And the pianist lost a year’s worth of concert dates. But he went on to become an internationally acclaimed artist, a director and teacher at the Curtis Institute of Music in Philadelphia, and mentor of two new generations of piano superstars, including Lang Lang and Yuja Wang. One thing’s for sure: his grandfather would have been proud.

Stuart Isacoff’s latest book is “A Natural History of the Piano” (Knopf/Vintage).