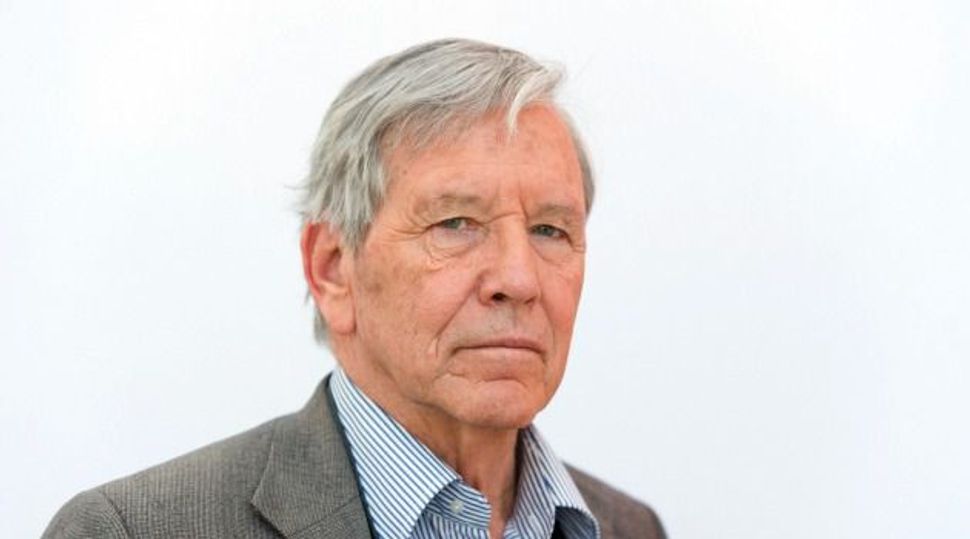 Remembrance of Kibbutzim Past: Despite the intensely collective nature of their lives, Amos Oz?s characters seem terribly disconnected and isolated, groping for answers in the dark. Image by Getty Images

As historian Derek Penslar has remarked, the kibbutz is “one of the hallmarks of the Zionist project, and although it appears to have reached its end as a generative and innovative force within Israeli society, the kibbutz’s historical grandeur and significance remain unquestionable.” Given that magnitude, it’s hardly surprising that the kibbutz’s potency as a creative impetus shows little sign of waning, inspiring many Israeli filmmakers and writers to grapple with the complexity of what they left behind.

Now, Amos Oz seems to be looking back on his years at Kibbutz Hulda that proved such a balm for his life and an enduring catalyst for his art. As is well known by devotees of the author, a few years after his mother’s suicide, Oz, who was born in 1939, fled his dogmatic father’s Jerusalem home for a kibbutz where he raised a family, only leaving after many years to alleviate his son’s asthma. He relocated to the desert town of Arad.

Oz’s earlier stories and novels stand the test of time for their moral seriousness and psychological depth, weighing the gains and losses of the most genuinely revolutionary endeavor in modern Jewish history. In the intricately interwoven skein of eight new stories that comprise “Between Friends,” first published in Hebrew in 2012, he revisits the foibles of collective life on display in the fictional Kibbutz Yekhat. Resolutely refusing to idealize kibbutz society as immune to the surrounding society’s xenophobic or misogynist strains, “Between Friends” exposes the disappointing reality behind the myth of gender equality. Oz writes of a man of deep convictions who “knows in his heart that kibbutz life was fundamentally unjust to women, forcing them almost without exception into service jobs like cooking, cleaning, taking care of children, doing laundry.”

Compassionately attuned to the plight of other marginalized identities, Oz renders an empathic portrait of a 16-year-old Mizrahi boarder in “Father,” where Moshe Yashar struggles against ethnocentric condescension. His patronizing teacher seems to speak for all: “On the whole, I have a very optimistic view of the Sephardim. We’ll have to invest a great deal in them, but… in another generation or two, they’ll be just like us.” All the while, Moshe quietly shores up his own independent value system. Politely disregarding socialist certainties, he gravitates instead to the pages of Dostoevsky, Camus and Kafka.

After an unsatisfying journey to his ailing father, a pious man who cannot bear the heresies of kibbutz life, Moshe feels adrift between worlds, unable to join his peers in their casual flirtations on the kibbutz lawn as they sing “nostalgic songs” of an intoxicating past he can never claim.

So much for the fate of “outsiders.” Yet the painfully revelatory “Little Boy” reveals that even the kibbutz’s native-born sometimes endure traumatic estrangement. Five-year-old Oded’s mother accepts the urgings of kibbutz pedagogues responding to the boy’s bedwetting and tears: “The Committee for Preschoolers instructed Leah… to be firm… in order to wean him off this self-indulgent behavior.” Embracing the gospel of collectivist orthodoxy, she “didn’t like unnecessary touching and talking…. She adhered to all the kibbutz tenets with a zealot’s fervor.” Thus, during Oded’s wrenchingly brief visits, she “saw to it that… if he cried, she punished him for being a crybaby. She was against hugging… the children of our new society had to be strong and resilient.”

In other stories, the self-mythologizing halutzim, or pioneers, seem secretly aghast at their inability to shrug off traits inherited from centuries of galut, or exile. As one wit has it, the autocratic founders “are actually religious people who left their old religion for a new one that’s just as full of… transgressions, prohibitions and strict rules. They haven’t stopped being true believers… Marx is their Talmud. The general meeting is their synagogue.” Throughout, questions of Jewish historical fate urgently intrude on daily life. A young man, agonizing that the dogmatic majority (indifferent to notions like “personal fulfillment”) will refuse his request to study abroad, is chastised by an elder. After the Holocaust, every youth “must see himself as mobilized to a cause. These are the most critical years in the history of the Jewish people.” Unwilling to surrender his life to that burden, the youth pleads: “The thing is I can’t take it anymore. I have no air.”

No authentic portrayal of the kibbutz could exclude the powerful social role played by gossip and scandal. One episode in the title story reveals the strained choreography between the individual and their community in the wake of scandal. Wounded by his daughter’s conduct when she leaves her dorm to move in with a teacher as old as he, a father makes his excruciating re-entry into the kibbutz’s quintessential public space:

Morning, noon and night he would appear in the dining hall to stand mutely in the queue at the serving counter, load his meal onto a tray and then sit down in a corner to eat, preferably in silence. He always sat in the same corner. People spoke to him gently, as if… speaking to someone who was terminally ill, avoiding any mention or even hint of his problem, and he would answer briefly in his quiet, composed, slightly hoarse voice.

At such fraught moments, Yekhat seems as ruled by unwritten but unyielding norms of conduct as the gentry peopling Jane Austen’s novels.

In these disquieting stories the nocturnal cries of jackals are a redolent refrain, a kind of ethereal soundtrack scoring the myriad forms of sadness, yearning and loneliness festering within Oz’s sometimes grotesque characters. Long an eerie trope in Oz’s prose, the howls of wild beasts evoke human restlessness, the inner tug of needs for which their meticulously engineered community cannot provide remedies. Though many stories are imbued with memorable revelations, for this reader the most richly realized story in the collection is the bittersweet “Esperanto,” portraying the touching relationships among an anachronistic idealist, a bitter middle-aged woman and a youth.

The title itself seems apt, because for many socialist pioneers the kibbutz, like the language invented in 1887 (“Esperanto” means “one who hopes”), expressed a hopeful dream of the universal. Nearing his death, Martin Vandenberg still cherishes a lifelong dream of teaching Esperanto: “Martin said that imprecise words poison relations between people everywhere, and that’s why clear, accurate words can heal those relationships, but only if they are the right words spoken in a language that all people can understand.”

In the end “Between Friends” richly satisfies precisely because its flawed and prickly characters rarely live up to such lofty values: Oz the polemicist never overrules the artist. Hence, the autodidactic Mizrahi high school student (“Father”) returns, listens attentively to the saintly founder’s dying plea for a universal language, yet doggedly stumbles on toward his own conclusion: “Moshe Yashar said nothing, but thought that the sorrow in the world was born long before words.” Serving beautifully as the collection’s coda, “Esperanto” enables its recurring characters to take their final bow, offering a somber yet not unhopeful homage to the kibbutz dream. Because in the end, Martin is not alone. Wounded by abandonment, Osnat is so touched by Martin’s sweet vulnerability that she emerges from her cocoon of self-pity to care for him. As a kind of dialectic opens between them, Oz takes us deeper into the conflicts and contradictions of kibbutz life. In counterpoint to the dying man’s idealistic fervor, Osnat “knows” that there is more cruelty than compassion in the world. Yet despite her hard-bitten view of humanity, Osnat looms before us as a model of compassionate selflessness.

One savors these moody miniatures of the kibbutz past (gracefully translated by Sondra Silverston) for their jazzlike variations; each elegantly underscores the uncertain fates awaiting both the lonely individual and the community. In many of the stories’ denouements, we leave their pensive protagonists enshrouded by the stillness of night, each soul caught up in his or her own moment of silent anticipation, hoping, vacillating, querulous. Despite the intensely collective nature of their lives, they seem terribly disconnected and isolated, groping for answers in the dark. Yet ultimately each (and perhaps the ever-metamorphosing institution of the kibbutz itself) receives the justice of an open-ended future that the best writers have always bestowed on their characters and readers. We ache and exult as, with a kind of melancholy benediction, Oz’s jackals still howl memorably.