A Hungarian Love Story Set Against the Backdrop of Wartime 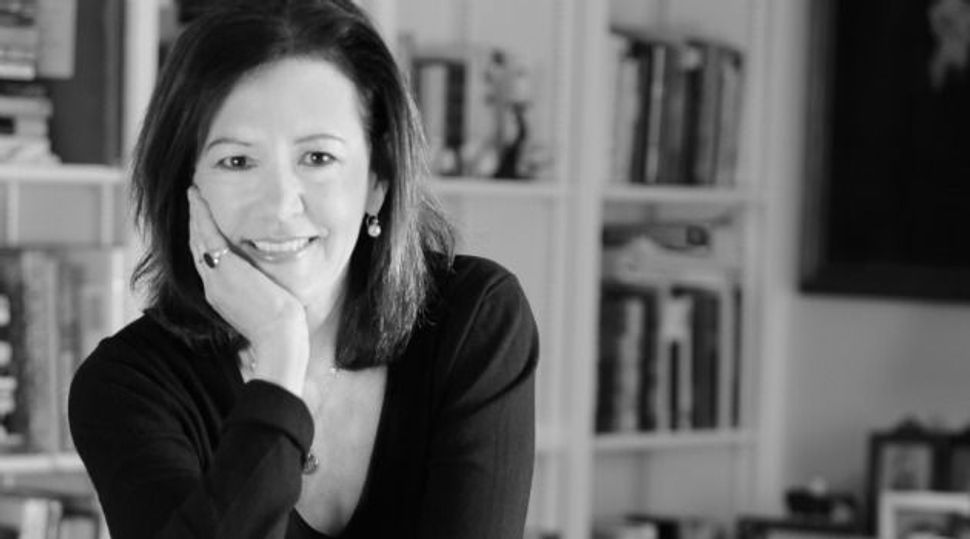 Hungarian Rhapsodist: Journalist Marianne Szegedy-Maszák unearthed the saga of her Hungarian family for her new book. Image by Route 1 Multimedia

● I Kiss Your Hands Many Times: Hearts, Souls, and Wars in Hungary
By Marianne Szegedy-Maszák
Spiegel & Grau, 370 pages, $27

World War II and the Holocaust extinguished so many millions of lives, so many hopes, that each reclaimed story seems like a precious work of salvage.

In “I Kiss Your Hands Many Times: Hearts, Souls, and Wars in Hungary,” Washington journalist Marianne Szegedy-Maszák painstakingly unearths the saga of her distinguished Hungarian family and its struggle for survival during the war.

At the center of the narrative is the love story of her parents, Hanna and Aladár, who turn out to be nobler, more passionate figures than she had ever imagined. Their personal history unwinds against the backdrop of Hungary’s failed attempts to maintain some semblance of nationhood, and national self-respect, during both the war and its aftermath. In many of these battles, Aladár played a central role, as a career diplomat and eventually as a postwar Hungarian ambassador to the United States.

In this stately, sometimes slow-moving memoir, grand aspirations and tragic denouements co-exist, and triumphs are inevitably tempered by defeat.

The heart of the book, its raison d’être, is a cache of letters from the 1940s, mostly from Aladár to Hanna; her wartime letters to him did not survive. Szegedy-Maszák’s title derives from the formal Hungarian expression Aladár often used to close his letters and attest to his continuing ardor.

Through the letters, her father’s memoir, other documents and extensive interviews with surviving relatives, Szegedy-Maszák re-creates with remarkable intimacy just how her parents (now deceased) fell in love, endured wartime separation and hardships and were finally reunited.

As the granddaughter of the industrial titan Manfred Weiss, Hanna belonged to one of the country’s richest and most influential clans — Jewish by background, but thoroughly assimilated and often intermarried. In fact, the Kornfelds had converted to Catholicism in the 1920s.

The 24-year-old Hanna and the 36-year-old Aladár (“a rising star at the foreign ministry”) met at a Budapest dinner party in 1940. By then, Móric Kornfeld, Hanna’s father and a liberal philosopher-politician, already knew and liked Aladár, who had spent five years in the diplomatic service in Berlin and had even met Hitler.

“You know, my darling, all this is so natural, the rightness of our being together is so self-evident, it is almost impossible to write about, impossible to describe,” Aladár wrote in 1942. “It is like breathing.”

Meanwhile, the situation in Hungary — though better than elsewhere in Europe — was deteriorating. As a German ally, the country was initially spared the worst effects of war. Hungary’s Jews, while subject to legal persecution and forced labor, avoided deportation and the death camps — until 1944, when the Nazis invaded.

The Nazi invasion was the long-awaited apocalypse, scattering Hanna’s family to predetermined hiding places. Her father and uncle, Ferenc Chorin, were arrested and brutalized. But, in one of the book’s great ironies, it was Aladár — not Jewish, but rather a political prisoner — who endured the harder war: He was sent to Dachau, where he starved, caught typhus and barely survived until liberation.

Meanwhile, the Weiss fortune and armaments factories, along with divisions in the Nazi ranks, helped dictate a different, happier fate for Hanna’s family. Kurt Becher, a confidant of Heinrich Himmler, approached the still-imprisoned Chorin with a deal: In return for most of the family holdings, the entire Weiss clan, minus five hostages, would be allowed to leave for a neutral country. Hanna passed the remainder of the war with her family in Portugal.

Three months after his release from Dachau, Aladár wrote to Hanna from Paris that, though he was “even more indecisive and helpless than before,” his feelings for her were unchanged: “I feel that it is irresponsible to want to tie your fate to mine, yet broken and without a job, I am asking you to be my wife.”

When his missive finally reached her, she answered with a resounding yes — and, in Szegedy-Maszák’s account, the entire family rejoiced.

“Against the backdrop of so many deaths and disappearances,” she writes, “the triumph of this romance, the happy ending after such enormous hardship, offered the broader reassurance that life, which had been so arbitrary and evil, could also sometimes be gentle and good and just.”

The rest of the couple’s life together, spent mostly in the United States in the too-tight embrace of their immigrant family, was riddled with political disappointment and personal loss. But their victorious and enduring love is what readers will cherish and remember.

A Hungarian Love Story Set Against the Backdrop of Wartime