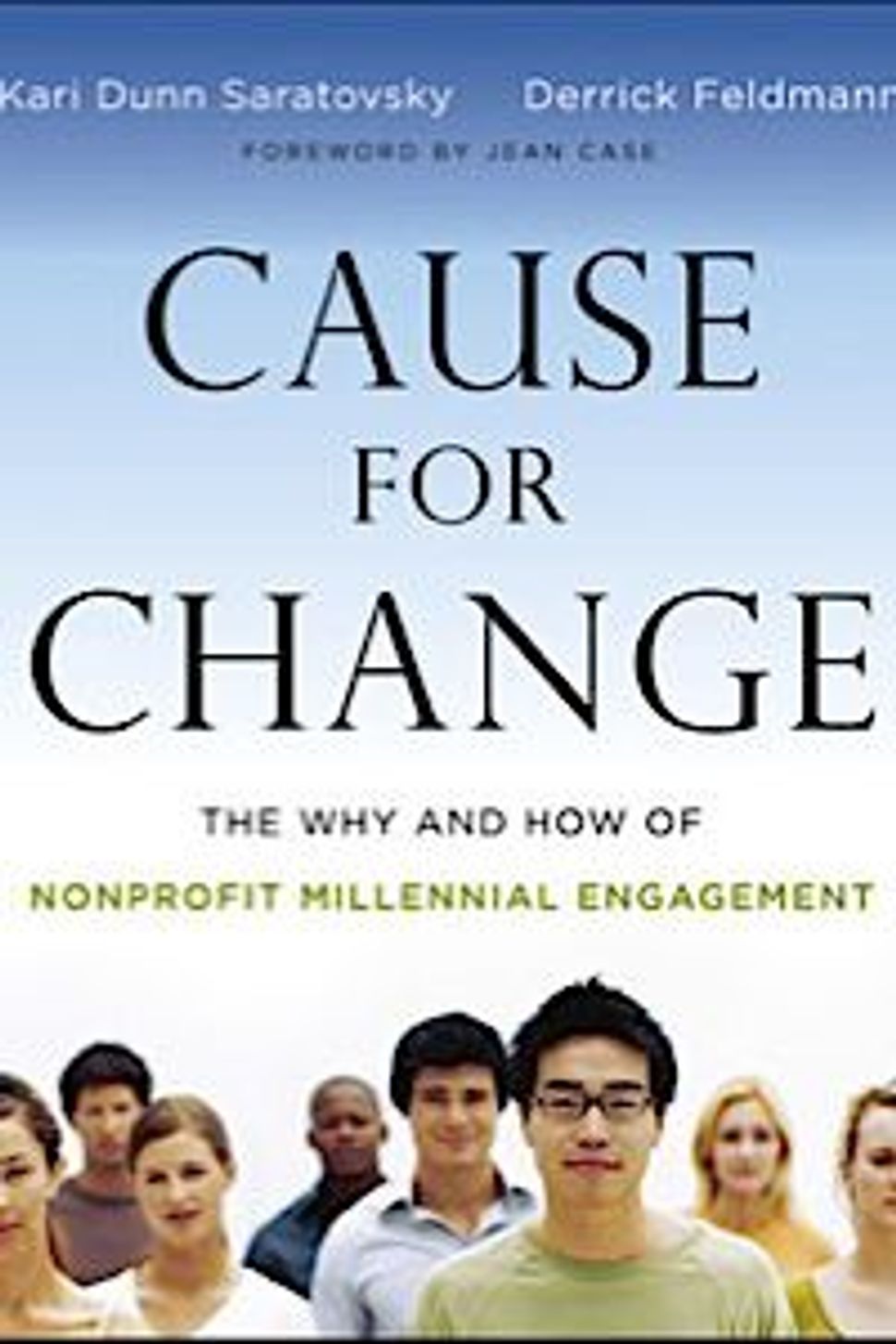 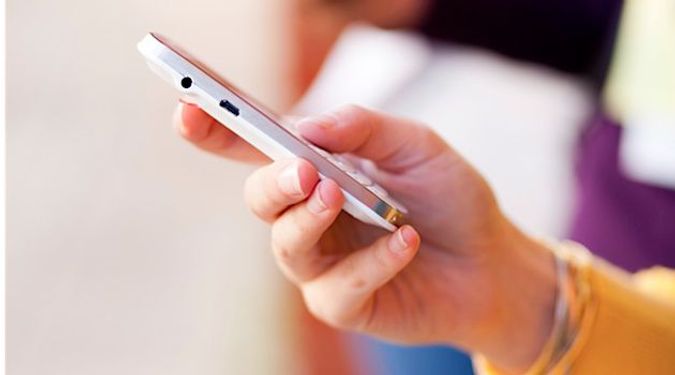 At 35, Kari Dunn Saratovsky is no longer a millennial by the strict definition. But she has a keen eye for understanding how the 18-30 year old crowd has rethought, retooled and redefined giving.

“I want to focus the conversation away from who the millennials are to why they matter and how they are having a huge impact on institutional change,” said Dunn Saratovsky, who, along with Derrick Feldmann, is the author of “Cause for Change: The Why and How of Nonprofit Millennial Engagement.”

Beyond its usefulness to nonprofits, the book, which was published earlier this year, is an important tool for anyone seeking to understand why this generation’s decentralized approach to giving matters. “Cause for Change” profiles dynamic leaders and organizations that have harnessed millennials to effect change. The authors cite the 2008 Obama campaign’s strategic use of social media to acquire small donations, and Change.org’s revolutionary use of online petitions to leverage support for causes such as the expansion of reproductive health care.

The big takeaway? Millennials are looking to involve themselves in nonprofits that are transparent, socially connected, solution-centered and have collaborative leadership structures. With 80 million millennials nationwide representing a combined $300 billion purchasing power, nonprofits need to adapt and bring young people to the table — or stop kvetching about the loss of the Greatest Generation. 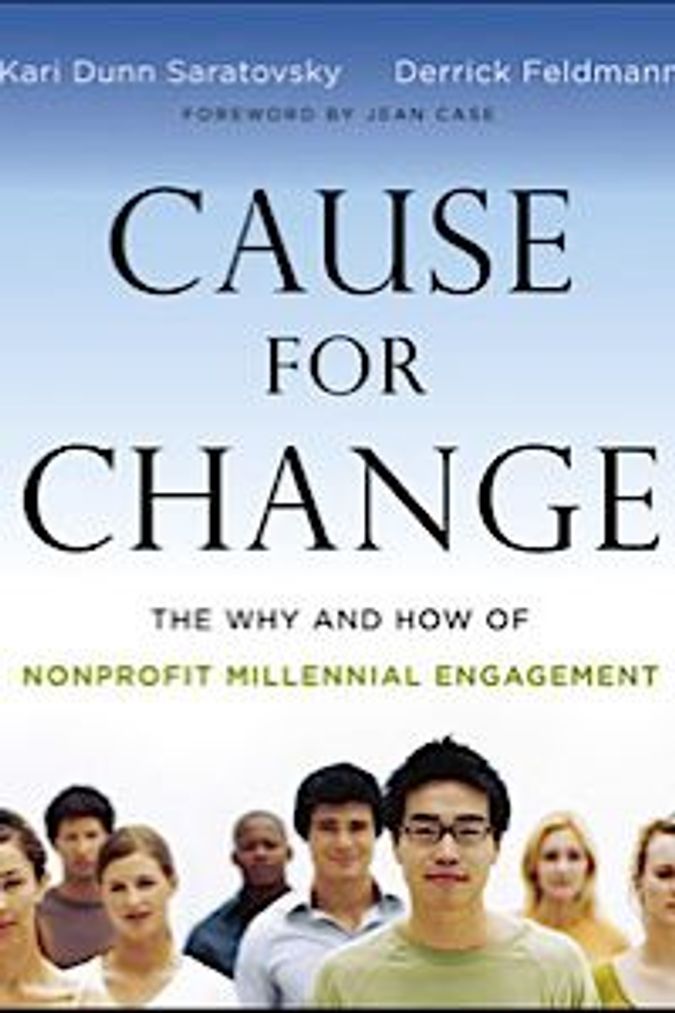 The nonprofit prescriptions in “Cause for Change” are based on an analysis of how and why millennials choose to communicate, take action, influence peers, and give their time and money. The authors argue that millennial attitudes are the product of economic and technological changes that derailed the typical employment track. These changes, coupled with tumultuous world events, like 9/11 and the 2010 Haiti earthquake, have reshaped their outlook towards community and global change. According to Saratovsky and Feldmann, millennials are tech-savvy and digitally connected, and they are also motivated by the personal connections and human relationships they forge through the use of new media.

This leads to the authors’ most noteworthy, and for some, controversial, point: Don’t dismiss the “slacktivist” — the slacker activist looking for an easy, feel-good way to give. Rather, the young adult who “likes” a human rights cause on Facebook, impulsively donates $10 to purchase a mosquito net for a Kenyan child, or signs an online petition against anti-piracy laws tweeted by a friend, represents an untapped opportunity for further engagement if the millennials are provided with the right incentives.

While “Cause for Change” does not directly discuss religious communities, the book’s implications for Jewish American nonprofits are hard to ignore.

“When we look at the millennial generation, they are thoughtful, they are fighting, but they are motivated by causes, and not necessarily by institutions,” emphasized Saratovsky, who is Jewish. “And I think that’s something that the Jewish community is grappling with.”

She added, “It’s not about creating another Jewish program or another free trip to Israel, it’s about capitalizing on the entrepreneurial spirit of the generation and findings ways to bridge these social entrepreneurs with these institutions.”

The Pew Research Center’s “A Portrait of Jewish Americans” confirms many of Saratovksy and Feldmann’s generalizations about millennials: Jews in the 18-29 cohort are increasingly unaffiliated and highly educated, support liberal and democratic causes, have a wide network of friends, care about leading an ethical life and do not object to working on Shabbat.

Millennial dissatisfaction with traditional religious institutions is also well documented. According to the Pew survey, Jews who are 18-29 years old are less likely than their parents to be members of a synagogue, and more likely to intermarry. Notably, only 39 percent reported making a contribution to a Jewish organization, compared to the 56 percent average for Jews as a whole. While 96 percent reported being proud to be Jewish, only 60 percent felt a responsibility to help other Jews.

What is to be done? Given these figures, Saratovsky argues that organizations need to foster real time, authentic relationships by using the online sphere — emails, websites, and digital campaigns — to inspire conversation about their causes. Jewish organizations are not just competing with each other, but also with a host of secular organizations. And many of these human rights groups that “Cause for Change” profiles — like WaterForward, which uses a digital album to connect friends around worldwide water issues, and Building Tomorrow, which uses interactive quizzes to raise money to fight the education gap in East Africa — are connecting with millennials in more effective ways.

Jewish nonprofits and institutions seeking millennial involvement could take a page from the “Cause for Change” playbook: increase transparency and the representation of young people. As the authors suggest, “Nonprofits can achieve such transparency in the form of information, data, stats, and updates on the health and current capacity of the organization… Organizations must think about their offline transparency as well, which includes discussing the true state of affairs at special events, discussing the needs of the organization at volunteer activities, and helping donors understand where their dollars can go.”

In addition, millennials should be better represented in both the leadership and ideological conversations shaping Jewish nonprofits. The Pew survey shows that many major Jewish organizations — helmed by leaders who have been in place for decades — are out of step with the desires of mainstream American Jews, and especially the 18-29 cohort. Rather than dismiss millennials as uninformed or out of the mainstream, Jewish organizations should employ a more inclusive and therefore sustainable approach.

“Cause for Change” does give a closing nod to the importance of traditional structures. The authors emphasize the need to raise children in a culture of giving, a trend that is strong in the Jewish community. But if community institutions fail to incorporate the causes and concerns of millennials, then Jewish children will continue — like young Americans more generally — to look elsewhere for meaning and change.

Miriam Berger is a journalist in New York who was most recently based in the Middle East.