Neil Blumenthal Is Behind Each Pair of Distributed Warby Parker Glasses 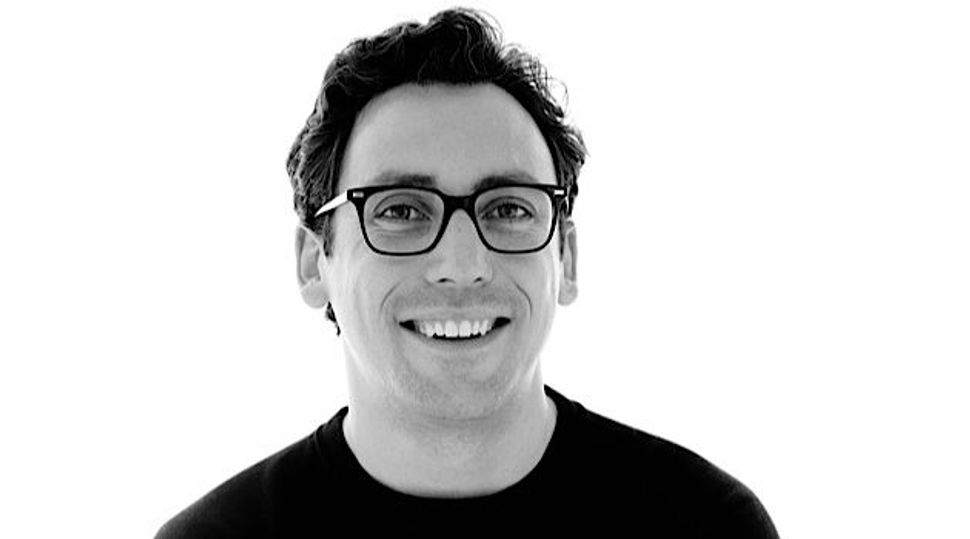 If you’re one of the 150 million Americans who wear some sort of corrective eyewear, you already know an unfortunate truth about shopping for specs: Glasses, particularly fashionable ones, don’t usually come cheap.

Frustration with the traditional glasses industry’s byzantine business plan led a band of four former business students from the Wharton School of the University of Pennsylvania — Jeff Raider, Neil Blumenthal, Andrew Hunt and David Gilboa — to found Warby Parker, a brand that seeks to make affordable, high-quality blinkers for the masses. The name is a combination of two characters’ names in one of Jack Kerouac’s journals.

Since Warby Parker began hawking sleek frames over the Internet in 2010, the company has become shorthand for a certain model of commerce, one that cuts out the middleman to sell stylish goods directly to consumers. Part of that design is Warby Parker’s program of donating a pair of eyeglasses for every one that it sells. It’s a strategy that’s clever as well as generous: It marks Warby Parker not simply as a discount company, but also as being concerned with the good of the glasses-wearing community.

The charitable end of the company was cooked up by co-founder Blumenthal. Before meeting the rest of the Warby Parker crew at Wharton, Blumenthal, who is Jewish, studied international relations at Tufts University. After graduating, he attended the Institute for International Mediation and Conflict Resolution in The Hague, Netherlands.

Blumenthal then went on to work as director of VisionSpring, an organization dedicated to providing prescription glasses to people in countries like India and El Salvador. VisionSpring is now Warby Parker’s biggest partner; it trains members of low-income communities to sell affordable glasses, creating jobs at the same time it distributes much-needed eyewear. It’s this aspect of Warby Parker that makes it different from an organization like Tom’s, which gives away a pair of shoes for every one purchased. The glasses become part of the economic infrastructure of an impoverished neighborhood.

“Dropping a shipment of a product into a place can destroy local businesses. You’re effectively dumping on the market,” Blumenthal explained, arguing that using the glasses to create an economic incentive is a more effective system. “By selling something to someone, you’re actually designing for them. They’re value conscious consumers. Even the poorest people would rather be blind than wear a pair of 1970s cat eye glasses.”

The focus on philanthropy, Blumenthal thinks, is a generational turn. Consumers now demand the kind of transparency that wasn’t available several decades ago, and often use their purchasing power to support companies in line with their values.

“For the first time in history, there’s at least an acknowledgement that mission and profitability are strongly tied,” Blumenthal said. “You can’t build a brand like you could in the past, through a single image of a fictitious world. You’re living on the internet, where consumers not only can learn about you but can engage with you.”

The buy-one-donate-one strategy is part of Warby Parker’s brand. Ordering up a pair of chic frames for oneself and an unknown recipient provides the consumer with a more tangible connection to the company’s charitable mission, than would, say the company donating a portion of profits at the end of every quarter.

“We debated committing a percent of revenue or profit, but in the beginning, that would have been a negligible amount,” Blumenthal said. “But more importantly, [the data] could be manipulated. And dollars do not necessarily equal impact, glasses on face equals impact. For us it’s a lot more impactful than some arbitrary cash amount, and it’s easier for our customer to understand. We’ve found, from a business standpoint, that it also helps us recruit and retain great talent.”

The company’s philanthropic focus is crucial to its reputation — both for consumers and for the freshly graduated college students who want to work for it. Blumenthal cites research showing that a good proportion of millennials “choose mission over compensation” when choosing where to work.

Co-founder Raider, the other Jewish member of the founding Warby Parker team, recently duplicated the Warby Parker philanthropy model when he made his own spin-off company, Harry’s, which sells high-end razors. Raider initially implemented a similar policy distributing a razor for every one sold.

But eyeglasses and razors are vastly different products. The urgency that Warby Parker tapped into by distributing glasses doesn’t necessarily translate to helping men, even men in need, stay groomed. People need to see. Arguing that trim facial hair is a human right is a harder sell.

Recently, Raider and his staff rolled out a new policy for the company, pledging 1% of sales and 1% of the company staff’s time to working with their nonprofit partners. The first organization to benefit from that 1 percent is City Year, an AmeriCorps program that provides vocational training in underfunded schools.

“We thought about how razors can benefit people, and the answer is that they want to look and feel good, be prepared and professional,” Raider explained. “We’re realistic that a razor is just one tool to help them do that. By having a broader commitment to the community to help prepare people in other ways, we hope to further that mission.”

Raider’s vision is to keep the Warby Parker mission of doing good at the center of Harry’s, even if the methodology is different. “1% of our money, 1% of our time is more transparent and direct,” he argues. “People will be really clear about what we’re doing.”

This goes to show that the Warby Parker combination of stylish philanthropy mixed with e-commerce, which comes off like simple business sense, isn’t easy to replicate. Still, Blumenthal sees Warby Parker as a trailblazer of sorts, a model for future entrepreneurs to use for their companies. Soon, perhaps, there will be not just the Warby Parker of shaving, but also the Warby Parker of mattresses or winter hats.

“If we can show how to build a great company that has good financial performance that’s also doing good,” Blumenthal said, “well, that’s the secret sauce.”

Margaret Eby is a staff writer for the New York Daily News. She’s working on her second book, High Holy Places, a collection of essays about Southern literary shrines.

Neil Blumenthal Is Behind Each Pair of Distributed Warby Parker Glasses