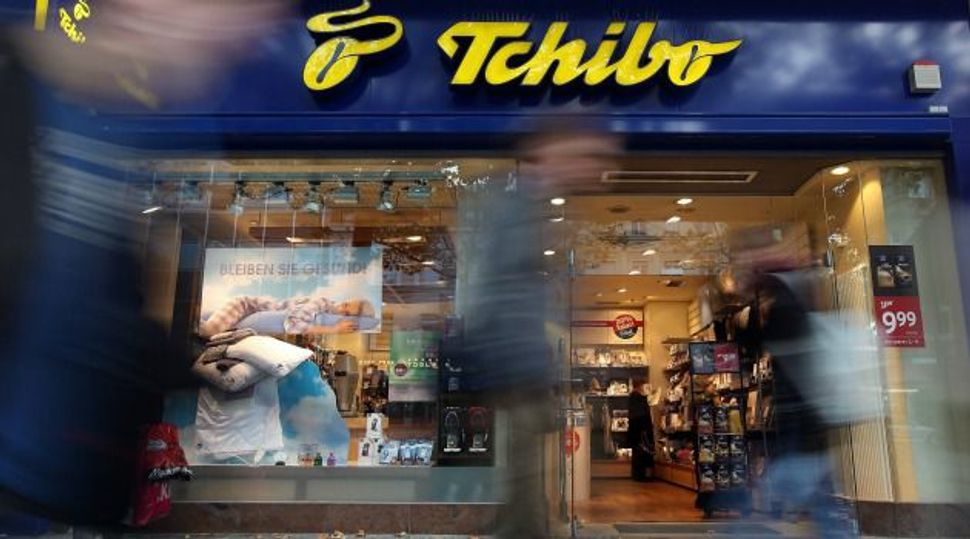 Luckiest Number: What could be wrong with a German shoe store that emblazoned the number 18 on some sneakers? Maybe everything. Image by getty images

For Jews the world over, the number 18 has long enjoyed a special status. In Jewish liturgy, the prayer known as the Amidah is also called the “Shmoneh Esreh” (“the 18”), referring to the number of separate blessings that originally comprised the prayer. In the Jewish numerological tradition of gematria, the number 18 has long been viewed as corresponding to the Hebrew word “chai,” meaning “alive” (derived by adding the eighth and 10th letters of the Hebrew alphabet, chet and yud).

Anyone who has written a check on the occasion of a Jewish simcha using a multiple of $18 knows that the number is synonymous with “mazal tov!” The number’s celebratory meaning has even been confirmed in present-day architecture, as is shown by Daniel Libeskind’s Contemporary Jewish Museum in San Francisco, whose plan is based on the upbeat slogan, “To Life!” (“l’chaim!”), and features a hall graced with 36 windows (or “double chai”).

Yet while the number 18 has an affirmative meaning in Jewish tradition, it has a much more controversial reputation in Germany. This past August, the Hamburg-based coffee company and online retailer, Tchibo, made headlines when it released a new item for sale: a pair of children’s sneakers emblazoned with the number 18 on the side.

Howls of protest ensued. After an Internet blogger drew attention to the sneakers on his Facebook page, other German web users condemned the product as highly offensive. For its part, Tchibo swiftly responded to the complaints and within a week issued an apology and withdrew the product from the market.

The reason for the ruckus comes directly from the strange bedfellows department: It turns out that Jews are not the only ones who cherish the number 18 — neo-Nazis do as well. For some time now, neo-Nazis have employed their own right-wing version of gematria to link the number 18 to the initials of the former Führer, Adolf Hitler (“A” being the first letter of the alphabet, “H” being the eighth).

This numerological calculation is part of a larger counter-cultural tradition on the German right. Ever since the end of World War II and the creation of the Federal Republic of Germany in 1949, the historic symbols of the Third Reich (swastikas, SS runes, and the like) have been officially banned from public display. As a result, right-wing Germans, like their colleagues in other Western countries, have tried to circumvent the prohibition by developing an elaborate semiotic system of doubly-coded signs and symbols that appear superficially benign, but covertly communicate their political allegiances to those in the know.

Among these symbols are combinations of numbers and letters, such as 88 (translating to “HH” and denoting “Heil Hitler”) and H8 (as in “hate”); occult symbols, such as the 12-armed “black sun” that serves as an ersatz swastika; items of clothing, such as Fred Perry shirts (whose trademark laurel wreath has been appropriated as a sign of “victory”); and even footwear (Doc Martens boots have long been favored by skinheads, but New Balance running shoes are now apparently en vogue (the capital “N” apparently signifies “National Socialist”).

Given the depth of this covert symbolic universe, it is no small wonder that the Tchibo sneaker design caused such a furor in Germany. Especially in light of growing concerns about neo-Nazi activity — epitomized by the ongoing trial in Munich of Beate Zschäpe, the lone surviving member of an extremist National Socialist underground cell that killed 10 people, mostly Turkish immigrants, between 2000 and 2007 — it is hardly surprising that the coffee company sought to defuse the controversy before it got any larger.

Now that the offending sneaker has been withdrawn from the market, the controversy has blown over. But it raises a larger question about the Third Reich’s legacy for contemporary German life: Where should a liberal democracy draw the line between forbidden and acceptable symbols?

Few would deny that banning overt Nazi symbols is necessary for preventing the rehabilitation of a dangerous and discredited ideology. But there are more than a few gray areas. Should the ban extend — as it has for decades in Germany — to the use of certain letter combinations (SS, SA, NS, et cetera) on German license plates? And apart from the matter of outright bans, should Germans continue to engage in the kind of self-censorship that has been practiced in cities like Hamburg, which decided in 1973 to call its convention center a “Congress Centrum” (instead of the more logical German word, Kongresszentrum), because the latter abbreviation would have been “KZ” (a notorious shorthand term for “concentration camp”).

In the most charitable view, such moves may be seen as progressive gestures reflecting Germany’s commitment to a democratic, anti-Nazi worldview. But they have the corollary effect of impeding a sense of normalcy in German life.

Comments to this effect were voiced by many online critics of Tchibo’s decision to stop selling its sneakers. Among the many objections, some web users angrily noted that stigmatizing the number 18 would easily lead to countless reductio ad absurdum dilemmas. Should the number be removed from athletic jerseys? Should it be removed from street addresses? Calendars? Math books? Should other burdened numbers, such as 33 and 39, also be banned due to their own associations with the Nazis’ rise to power and the outbreak of World War II?

All of these objections reflect a growing sense of impatience with what many German critics have described as the paranoid absurdities of political correctness vis-à-vis the country’s Nazi past. They further illustrate a frustration with the country’s inability to finally emerge from under the shadow of Nazism and attain a relative sense of normality.

To a degree, one can sympathize with such comments and the yearnings that underlie them. Yet there is a price to be paid for normality, which reminds us of the benefits of stigmas.

A telling example was provided several years ago by none other than Tchibo itself. In promoting a new line of coffee drinks in 2009, the company employed the slogan “Jedem den Seinen” (“To each his own”) in its nationwide ad campaign. In doing so, however, the company neglected to realize that a nearly identical slogan, “Jedem das Seine,” had been used by the Nazis at the Buchenwald concentration camp, where it was affixed to the Lager’s iron entrance gates as a deceptive “welcome” message. Following a predictable outcry by various groups, such as the Central Council of Jews in Germany, about the company’s historical insensitivity and amnesia, Tchibo withdrew the ad.

The controversy revealed, however, that even in a nation committed to remembrance, forgetting remains a threat. The failure of Tchibo and its ad agency to recognize the phrase’s Nazi-era usage shows that some Germans have already arrived at a state of normalcy with regard to the Nazi past.

It is precisely for this reason that other Germans insist on the need to preserve historically-grounded stigmas in daily life. Only by doing so, they believe, can the country remain on guard against any possible Nazi resurgence in the future.

At the same time, it is equally true that focusing on small symbolic disputes can be shortsighted. Not only does it allow people to fight over trivialities, it can distract them from addressing the larger social and economic problems that can foster neo-Nazi ideas.

There are no easy answers to these dilemmas, but in the final analysis, the Tchibo sneaker controversy may paradoxically signify Germany’s progress in atoning for the Third Reich’s crimes.

The fact that Germans today have the luxury to debate such seemingly insignificant matters as sneaker design and coffee advertisements is thanks to their success in dealing with the Nazi past in more substantive areas.

Given the country’s efforts in the last half-century to prosecute Nazi war criminals, pay reparations to Holocaust survivors, erect monuments and museums, and explore the Third Reich’s legacy in works of culture and scholarship, it makes sense that recent debates have taken place more in the realm of the symbolic than the tangible.

This is not to suggest that the Germans have somehow completed the task of dealing with the Nazi legacy. But the ongoing debate over what should and shouldn’t become normalized can itself be seen a sign of the Germans’ inexorable progress towards normality.

Gavriel Rosenfeld is Professor of History at Fairfield University. His new book, “Hi Hitler! Normalizing Nazism in the New Millennium,” will appear with Cambridge University Press in 2014.