To Adapt a ‘Book Thief 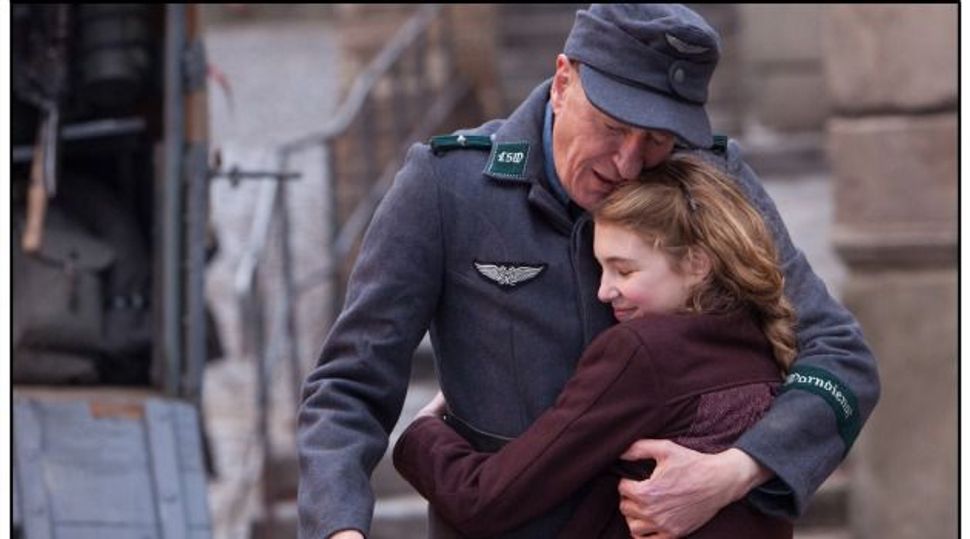 Based on Australian author Markus Zusak’s best-selling 2006 novel of the same name, the movie “The Book Thief” concerns a young German girl who finds solace in purloined literature and befriends the Jewish refugee her family hides in their cellar. The film stars Geoffrey Rush and Emily Watson as the foster parents of Liesel (Sophie Nélisse), and Ben Schnetzer as their secret boarder, Max.

Directed by Brian Percival (“Downton Abbey”), the film was adapted by Michael Petroni (“The Chronicles of Narnia: Voyage of the Dawn Treader”). Petroni told the Forward that he was drawn to the novel’s “unique treatment of the subject.”

“I thought it had a certain magical quality to it and a certain whimsy that I hadn’t really experienced in a World War II story before,” Petroni said, adding that the theme of the power of literature and Zusak’s use of Death as a narrator took it beyond a typical Holocaust story. “It’s more about the power of words and literacy and people and the strength of the human spirit. That’s definitely the message I would hope people take away from the film.” Petroni was familiar with the novel before he signed on to adapt it, and he was aware of its challenges. “It’s not a small book” at 550 pages, he said, “and it has a rambling quality to it, with all the children’s adventures. But you can’t deliver all that in a 120-page screenplay,” said Petroni, who eliminated a lot of those adventures to concentrate on the essential elements. “I had to figure out what the spine of the story was, and once I had that, it became pretty easy to determine what remained and what had to go.”

Petroni, who is not Jewish, was familiar with Holocaust stories like “The Diary of Anne Frank” and “Schindler’s Ark” (which became the Oscar-winning movie “Schindler’s List”). In “The Book Thief” the themes of mistreatment and persecution stirred very personal, painful memories in him of being badly bullied in high school, and reminded him of an incident that altered his family’s fate.

“My father is Maltese, but he was born in Egypt. After World War II, when the allies left, there was a lot of turmoil there,” Petroni said. “He was out fishing with his father and had drifted past the maritime border, and when they returned to port they were arrested because they were suspected of being Jews trying to escape to Israel. My father was put under house arrest, and three days later evicted from the country,” Petroni said. “I knew how much this affected him. When I would listen to this story as a boy, I had an illogical and intense feeling of helplessness that I was not there to protect my father.”

And, he added, “I have often thought that my whole existence somehow hinged on that fateful day.” His exiled father went to Australia, because that’s where the boat on which he escaped was headed, and there he met and married Petroni’s mother.

Up next for Petroni is a screenplay for “Three Little Words,” a drama about a girl’s travails in the adoption system in America. But he says that thus far in his career, he is proudest of his work on “The Book Thief,” particularly since it met with Zusak’s approval.

“It is the kind of story that can truly make people think differently. I am proud to be a part of that,” Petroni said. “No one escapes death, but it is innate in the human spirit to fight and to hope. Liesel embodies that spirit.”

Gerri Miller is a Los Angeles-based entertainment and lifestyle writer.

To Adapt a ‘Book Thief