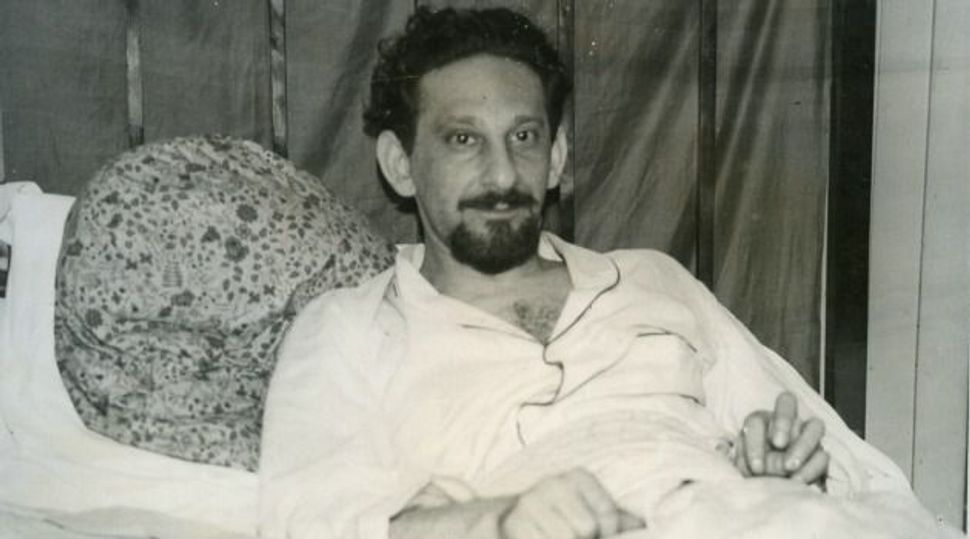 Kidnapped: Berthold Jacob, German-Jewish journalist and one of the first to report on early rearming by the Germans, seen here recovering after kidnapping by Nazi agents in Switzerland, 1935. Image by New York Times/Forward Association

Fight on the Lower East Side

Pushcart peddler David Levine was wounded during a gunfight that took place on Manhattan’s Lower East Side. A witness told reporters that two young men were fighting with a group of people when one of the group members pulled out a revolver and started shooting. The first shot struck the peddler, Levine, but the others all missed their targets. A police officer came running and when the gunman saw the cop approaching, he trained his gun on him, hitting him in the leg. The police officer pulled out his revolver and squeezed off a number of rounds; several of them hit the gunman. The gunman turned out to be Max Cohen of Delancey Street, whose father said he was a shipping clerk and a good boy. The police had a different story to tell, claiming that Cohen is one of the Lower East Side’s most notorious gangsters.

In the wake of the vom Rath assassination and the pogroms that followed, the Nazis have announced that they will exterminate all German Jews if foreign governments are not willing to take them. According to these reports, the Germans have said that wealthy Jews will support poor Jews until all the Jews are impoverished. Then all the Jews will be exterminated, as is done with common criminals. To this end, perhaps, the creation of two new concentration camps in Austria, Marchegg and Mauthausen, was announced. In Vienna, Jewish women visiting their husbands in a police prison reported seeing many men with bandaged heads and other wounds. In Berlin, there are known to be three synagogues that have not been destroyed, although the Nazis have forbidden any activities, religious or otherwise, to take place in them.

The tragedy of President Kennedy hangs over every event in Israel. The general mood throughout the entire country, from intellectuals to the common folk, is depression. Upon hearing the news, many Israelis cried like children; most Israelis thought Kennedy to be the best American president. Flags at government installations were placed, after the Sabbath, at half-mast. The American ambassador, who was accepting condolences on the Saturday following the assassination, left the condolence book open Sunday, as well, so that Israel officials could also write in it, as they are not permitted to do so on the Sabbath. As it happened, hundreds of Israelis who wanted to express their condolences to the American government, began lining up at the American Embassy after sundown Saturday. In honor of the slain president, the Israeli government declared a three-day mourning period.