Stuck Inside of Greenwich Village With the Coen Brothers Blues Again 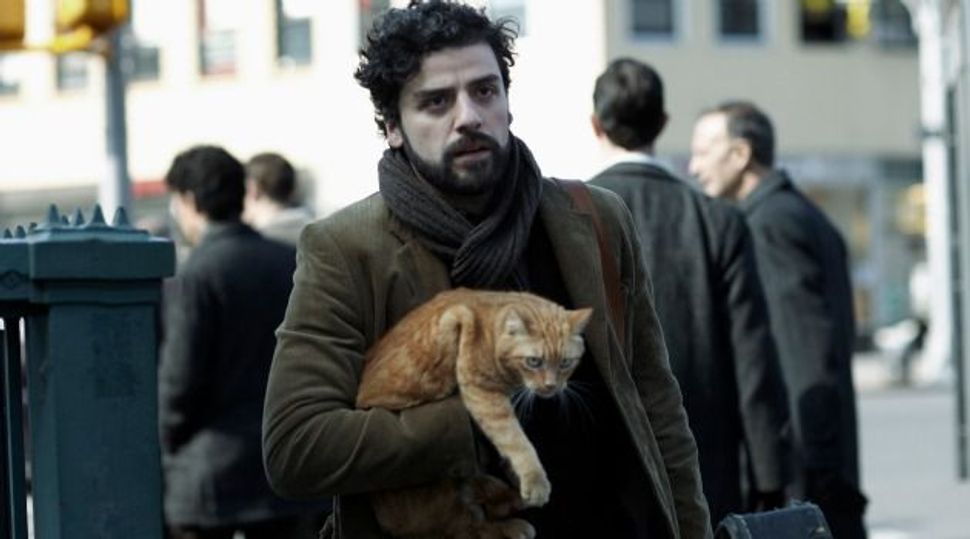 Success always seems inevitable in retrospect. Once you’ve arrived, it must have been destined all along. But failure — especially dream-crushing, life-destroying failure — is plagued by what-ifs and what-might-have-beens. Was it just bad luck, or did you really not have what it takes?

Llewyn Davis (Oscar Isaac), the tortured protagonist of Joel and Ethan Coen’s latest movie, “Inside Llewyn Davis,” is a failure. Homeless, nearly friendless, and with a folk-singing career that flopped before it took off, he’s as down and out as he could be. Things have gotten so bad that he would rejoin the Merchant Marine, if his sister hadn’t thrown his seaman’s papers in the trash. But Llewyn’s life isn’t completely over, even if he feels like it might be.

Set in Manhattan’s Greenwich Village during one week in the winter of 1961, “Inside Llewyn Davis” hinges on a crucial dramatic irony. Within months, folk music will explode into a major commercial art form. Joan Baez will be on the cover of Time magazine, and tourists will flock to the hootenannies in Washington Square Park. Bob Dylan hasn’t shown up yet, but he’s about to, any minute. Llewyn Davis’s life is going to get a lot easier, even if he doesn’t know it yet.

But then again, maybe it won’t. As with the title character in the Coens’ “Barton Fink,” or Larry Gopnik in “A Serious Man,” Llewyn is left hanging. He seems caught in a metaphysical cycle of recurrence, ending the movie almost exactly where he began it — beaten up in an alley behind the Gaslight Cafe, having just played the same song (“Hang Me, Oh Hang Me”) and having repeated the same line (“If it was never new and it never gets old, it’s a folk song”). Like many of the Coens’ movies, “Inside Llewyn Davis” has the gothic atmosphere of a folk tale; Llewyn is even followed by a cat he can’t shake, despite abandoning it on the highway in the middle of the night.

At the same time, “Inside Llewyn Davis” — which is loosely based on “The Mayor of MacDougal Street,” a memoir by folk and jazz musician Dave Van Ronk — attains a level of historical detail that is likely to please die-hard folkies. Characters include Mel Novikoff (Jerry Grayson), a stand-in for Folkways Records founder Moses Asch, and Bud Grossman (F. Murray Abraham), a version of Albert Grossman, who became Bob Dylan’s manager. The political and cultural undercurrents of the era are also deftly referenced. When Llewyn jokes with the clerk at the Merchant Marine about being a communist, the clerk asks back, under his breath, “A Shachtmanite?”

This level of realism allows the brothers to unleash their dark, absurdist humor without pushing the whole thing over the edge. In one scene, Llewyn goes to return a cat belonging to the Gorfeins, an Upper West Side academic couple who let him crash at their place from time to time. After Llewyn makes a scene by refusing to play a song, Mrs. Gorfein starts screaming, in front of an oddball cast of dinner guests, about the animal’s missing scrotum. Later, in the movie’s most nightmarish segment, Llewyn gets an overnight ride to Chicago with an unsociable James Dean-esque poet (Garrett Hedlund) and an obese, cane-wielding junkie (John Goodman), who nearly overdoses in the bathroom of a restaurant that looks more like a surgery than a lunch room.

Llewyn isn’t Van Ronk exactly — as Isaac has pointed out in interviews, Van Ronk was big and loud and gregarious, whereas Llewyn is withdrawn and hostile — but he shares Van Ronk’s disdain for commercial music. Like Van Ronk, he misses out on the chance to join Peter, Paul and Mary, whose fictional stand-ins are Jim Berkey (played with delicious appropriateness by Justin Timberlake), Jean Berkey (Carey Mulligan) and a fresh-faced soldier named Troy Nelson (Stark Sands). Instead, Llewyn spends the movie floating from couch to couch in a brown corduroy jacket and woolen scarf — you have to wonder about his hygiene — carting his guitar and a box of unsold records through the streets.

Llewyn’s physical hardship is about more than just poverty; it’s about the sacrifices artists make for their art, and whether they’re actually worth it. Here, “Inside Llewyn Davis” distinguishes itself from other Coen brothers movies by grappling seriously with the question of taste. Llewyn has strong opinions about his peers, and Isaac is at his funniest and best when making fun of the panderers and poseurs flooding the folk music scene. When Nelson performs at the Gaslight, Llewyn asks, deadpan, “Does he have a higher function?” When a barbershop quartet does a soulless rendition of “The Auld Triangle,” he expresses admiration for their sweaters. But if everyone thinks that harmonious singers with matching outfits are the ones worth listening to, how long can Llewyn believe in his own vision before calling it quits?

Llewyn may not have commercial appeal, but the Coens want us to know that he does have something to offer. Unlike characters such as Barton Fink, a playwright who is lampooned as deluded, pretentious and middlebrow, Llewyn is a real artist, and in his Jeff Buckley-esque performances — which were all done by Isaac himself — you see the well of feeling that he keeps so protected at other times. Though there are always tricks filmmakers can use to cue the audience when its supposed to be impressed, the Coens let the music speak for itself, or let it be filtered through the opinions of other characters. (When Llewyn auditions for Grossman, the manager says that he doesn’t hear a lot of money in it.) Llewyn Davis seems like the real deal.

But is talent enough? Based on history, it seems that Llewyn will benefit from the folk craze that swept through America in the early 1960s, despite his best attempts at self-sabotage. Of course, we don’t know that for sure. Maybe he’ll come up with a new set of paperwork and ship out to sea, just as the big money train comes in. And maybe he’ll wind up on hard times again, once the folk train pulls back out. But, to borrow a cliché from Bob Dylan, “they say the darkest hour is right before the dawn.” Leave it to the Coen brothers to make a movie that’s almost all darkness, and hardly any dawn.

Stuck Inside of Greenwich Village With the Coen Brothers Blues Again