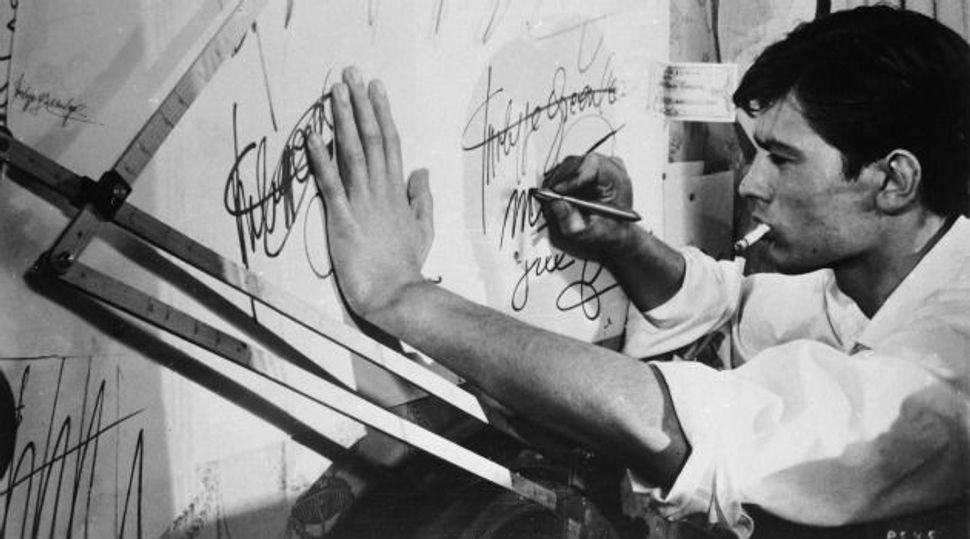 Until recently, Cornelius Gurlitt, 80, possessed 1,280 pieces of art — some already known to be major works — which he kept wrapped and stored in his apartment in Munich. He enjoyed the cache, but only furtively; the man was in hiding alongside his art. Now that he’s been flushed out and interviewed, Gurlitt comes across as a childish figure stunted by a lifelong secret: He held the remains of the business of his father, Hildebrand Gurlitt, one of several designated brokers of “degenerate art” stolen from Jews by the Nazi regime. Cornelius Gurlitt is solitary and celibate; those pictures are his true love.

The news of Gurlitt’s trove, which came to light in early November, brings to mind the 1976 film “Monsieur Klein,” by the American director Joseph Losey. The fictional Robert Klein is an art dealer in Paris in 1942, at the height of the Nazi occupation. At first blush he could not be more different from Gurlitt: virile where Gurlitt is virginal, decadent where he is hermitic. And Klein is an art seller turning objects into money, whereas Gurlitt is a collector protecting what he adores. Yet they both function in the world of art adrift, tainted and set floating by Nazi domination. As stunning a realization of the Nazi horror as any of the best films on the period, “Monsieur Klein” is an under-acknowledged gem and a rare cinematic treatment of the massive theft (or forced sale) of Jewish-owned art that continues to reverberate across the decades.

Robert Klein, played by French superstar Alain Delon in his prime, is a playboy conducting life and work from a sumptuous apartment bedecked with rich sculptures, paintings and textiles, the spoils of his trade. In his first scene, he takes leave of his mistress to transact business in a golden dressing gown. She rouses herself from bed, overhears the conversation and lolls, in a negligee, around the spacious marble bathroom, waiting for Klein to reappear. “For me, it’s just a job,” he tells the Jewish man who has come to sell an oil painting that has been passed down in his family for generations. The man needs money to flee the country; he is unhappy that Klein will offer him only half the asking price. “Recently I’ve seen many clients like you, urgently needing to sell,” Klein explains. “And I assure you it’s most unpleasant for me. Embarrassing. Very often I’d rather not buy.”

But events come to disturb Klein’s exquisite detachment. Klein, a Catholic, disapproves of the nasty business of Jewish persecution, yet insists, “This has nothing to do with me.” Yet it does, because a Jewish newspaper was delivered to his door. It seems that another Robert Klein in Paris, who is Jewish, has decided to park his troublesome identity at Klein’s address. Just as for the real-life Gurlitt, who wanted only to live out his days with his art, the rest of the world is finally rushing in.

Klein’s search for his doppelganger begins: a trip through a dream world of sensuality, fear, bewilderment and discovery. By way of an elaborate setup by the other Robert, Klein meets a redheaded ingénue, Florence (played by Jeanne Moreau), to mirror the married redhead with whom he’s already involved. She muses over what animal to compare him to, and comes up with a bird of prey — not falcon, as Klein flirts, but vulture. But perhaps he is not an eater of corpses, a collaborator, or a parasite. After all, he is giving charity to Jews by buying things he does not want. Gurlitt, too, maintains that his father performed a good deed by keeping art confiscated by the Nazis so that it could be found again one day. Today.

“Monsieur Klein” is filmed in colors as lurid as a Kirchner painting. Delon’s suaveness no doubt elevates the film, but it’s his acting that matters, as acute and ambiguous by turns as the movie itself. Losey and his writer, Franco Solinas (who also wrote “The Battle of Algiers”), intend to swing between moments of fog and sharp daylight, and only afterward does one realize that the viewing experience was surreal. As you watch, it feels hyperreal.

When Klein enters Florence’s glowing chateau in the country, the shaky camera perspective is from Klein’s own eyes — the vision of two Kleins merged into one. He is led by a servant toward the drawing room, where the family is listening to musicians play. As Klein’s gaze travels over the long hallway leading in, we see walls covered in pink satin wallpaper and sprinkled with lush paintings in frames; but the walls are also marked by darker squares, with grime lining each perimeter: the shadows left when wall hangings are removed and unfaded fabric is revealed. So, has this haute bourgeois family been divesting itself of art? It looks that way. But there is no further hint of Jewish identity beyond this unsettling image.

The film’s very first scene is as harsh as the Florence sequence is dreamy. A male doctor pushes and prods a middle-aged woman standing naked in a vast room. He is performing an examination, and announcing his assessments to a nurse taking notes behind a desk: “Prognathous jaw typical of non-European races. Narrow forehead. Low hairline… swarthy skin. Naturally large and flaccid hips.” He cannot say definitively that she is Jewish, perhaps Armenian or Arab. For this, the woman has to pay 15 francs. Some people choose to undergo this demeaning experience in the hope of receiving a clean ethnic bill, to put them beyond suspicion of Jewishness.

In “Monsieur Klein,” the moments of sensuous distraction only cast the bloodlust of the Nazi project into sharper relief. No amount of detachment is protection enough, and the Catholic Klein ends up with nothing. Eventually his art-filled home is emptied to the walls, in a ritual looting performed on many Jews in Paris at the time. Gurlitt was recently stripped of his artworks by the authorities, some 70 years after the very crimes of the Nazis that allegedly led to his possessing the art.

Some viewers consider “Monsieur Klein” film noir, and its shadowy visions and sinister characters could put it in that category. But the film lacks noir’s characteristic cynicism. The story is simply sad — or even tragic, ending with mass murder. Gurlitt’s story is sad, too. Both men are victims.

As the police clear out Klein’s apartment, an officer says to his friend: “Try to make him understand it’s not personal. I’m not doing this for fun. It’s the law.” Klein answers: “I’m not questioning the law. It doesn’t concern me.” But he protests: “I refuse to pay for another man! This has nothing to do with me!” Only at the last moment does he realize it has everything to do with him.

Now that priceless works by the likes of Chagall and Matisse have been found, society experiences the violence, the loss and the injustice afresh. We are forced to remember, once again, that it has everything to do with us.

Karen Loew is a writer in New York.