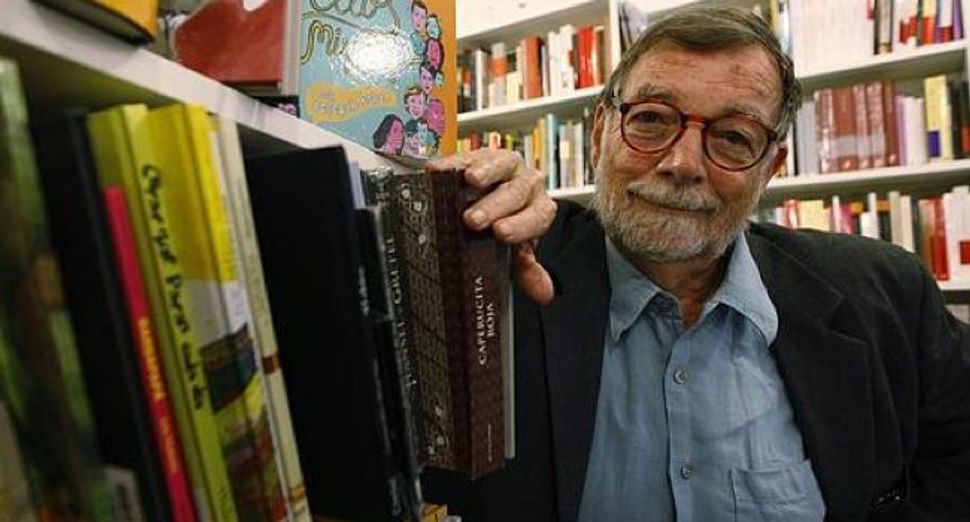 André Schiffrin, who died on December 1 of pancreatic cancer at age 78, made a lasting impression as longtime managing director of publishing at Pantheon Books, followed by his co-founding The New Press, a not-for-profit. Yet as Schiffrin, born in France of Russian Jewish origin, recounted in his memoir, “A Political Education: Coming of Age in Paris and New York’ (Melville House, 2007), one of his life’s lessons was the inevitability of some Jewish family traditions.

His father Jacques, born in Russia in 1892, arrived in 1920 in Paris, where he launched his own publishing house, eventually merging with the prestigious Editions Gallimard to direct la bibliothèque de la Pléiade, a still-thriving series of classics of French literature. The elder Schiffrin also made close friendships among Gallic literati, not least the novelist André Gide, who reportedly called Jacques Schiffrin the “only Jew I was ever really fond of.” Gide proved his feelings by helping to arrange and finance the Schiffrin family’s escape from Occupied France with the help of the American journalist Varian Fry’s rescue network in Vichy France, which also rescued Marc Chagall, among others. Publishing Resistance texts in New York, including those written by Joseph Kessel, another Frenchman of Russian Jewish origin, Jacques Schiffrin wrote regularly to his friend Gide, in moving letters published only in 2005, about how much he missed his adopted land of France. As if realizing the party was over, he never returned there even after the war, focusing instead on a new job at Pantheon Books until his death in 1950.

In the late 1940s, the Schiffrin family did send the teenaged André, by then an assimilated New Yorker, back to see how the old country had fared in wartime, as Schiffrin described it in “A Political Education,” like the dove sent from Noah’s ark to see what remained of life after the Flood. Remaining faithful to the French literary culture which had inspired his father, Schiffrin was an avid promoter of French literature when he in turn was hired by Pantheon Books, abandoning plans to study for a Ph.D and write a dissertation on the trial of the French Jewish Prime Minister Léon Blum at Riom in central France during the Occupation.

Also creative with American authors, Schiffrin would tell the Chicago Jewish journalist Studs Terkel to transform his popular radio programs into books of interviews. As Terkel later told an interviewer, Schiffrin was the one responsible for Terkel’s writing his bestsellers “Hard Times: An Oral History of the Great Depression” and “Division Street: America”. In the mid-1960s, Schiffrin had published the leftist Swedish author Jan Myrdal’s “Report From a Chinese Village” and suggested that Terkel create a report from the American village of Chicago, as well as a record of the by-then forgotten time of human suffering, the Depression. Schiffrin also published such diverse American Jewish authors as Noam Chomsky and Art Spiegelman.

Like his father, ever-alert to when the party was over, Schiffrin wrote books and gave interviews to warn of present-day dangers of publishing houses owned by massive conglomerates, the death of independent bookstores, and other perils to democratic discourse. In a 2012 interview with “Le Nouvel Observateur,” Schiffrin announced that in terms of the future of books, he was a “pessimist,” given the corporate necessity today at big houses of earning a profit on every title published: “Today, Kafka would be sent a rejection slip,” he noted drily.

A belated bright spot in this gloomy overall picture occurred in 2011, when the French Embassy of New York finally decided to honor Schiffrin while also, as François Delattre, France’s Ambassador to the United States, put it, acknowledging the “wrong done to Jacques Schiffrin.” While better than nothing, this gesture was in the classic too little, too late style of Gallic remorse for France’s treatment of its Jews. Enjoying himself despite the impending doom awaiting small presses, Schiffrin was known for his glitzy parties at his Upper West Side penthouse (over the past decade he spent half of each year in an apartment in the old Jewish neighborhood of Paris, le Marais). Celebrating tradition while cultural standards collapsed around him, André Schiffrin remained very much his father’s son.