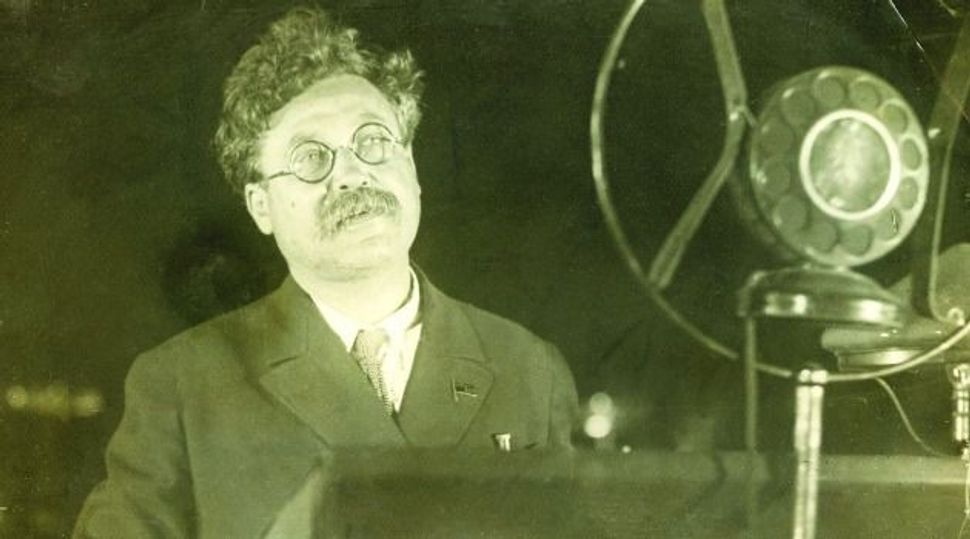 Those in the Brownsville section of Brooklyn knew Sarah Goldstein, a widow for eight years, for her little fruit-and-vegetable shop on the corner of Belmont Avenue and Osborne Street. Through the shop, she became renowned for supplying the neighborhood with the best onions around. It was a surprise when one Joseph Silverstein opened up another fruit-and-vegetable store nearby on Osborne Street. Instead of becoming furious competitors, Goldstein and Silverstein became the best of friends, a relationship that eventually blossomed into a romance. But the ladies who bought from Silverstein thought something was amiss. After forming a committee, they contacted Silverstein’s landsmen, who confirmed that the fruit vendor had a wife and kids in the Old Country. The committee approached the widow Goldstein and told her this, but she said it was none of their business. At that point, the ladies decided to collect enough funds to bring Silverstein’s wife and kids over from Europe. Plus, they told the local district attorney that Goldstein was a home wrecker.

Father of an Assassin

Wearing only a torn bathrobe — the only coat he had — and shivering from the cold, Sendel Grynszpan spoke about his son, Hershel Grynszpan, who recently assassinated Ernst vom Rath, secretary to the German ambassador in Paris. “He was a good boy, a very good boy, very capable, and I never imagined that he would do such a thing. He loved us all, and probably did it because of the terrible conditions we’ve been put in. Hershel had no interest in politics…. For 26 years I was a tailor in Germany, until they threw us out with the rest of the Polish Jews.” The Grynszpan family was brutally beaten by the Gestapo as they were forced to the border of Poland, where they currently live as refugees, in limbo, with thousands of other Polish Jews who had lived in Germany.

The joy of the Arab countries regarding the United Nations resolution demanding the return of refugees to their previous homes in Israel did not last long. America has let it be known that the political and financial racket surrounding the homeless Arabs will not go on forever. It has long been known that Arab countries exploit the tragedy of the refugees to propel their empty threats against Israel, and have refused, under all circumstances, to permit a solution by settling the Palestinians in the lands in which they now live in order to transform them into productive citizens — just as Israel did with the hundreds of thousands of Jews from Arab lands. Instead, they fed the refugees with poisonous ideas about the Jewish country and prepared them for the day when they will march back into Israel, led by victorious Arab armies.