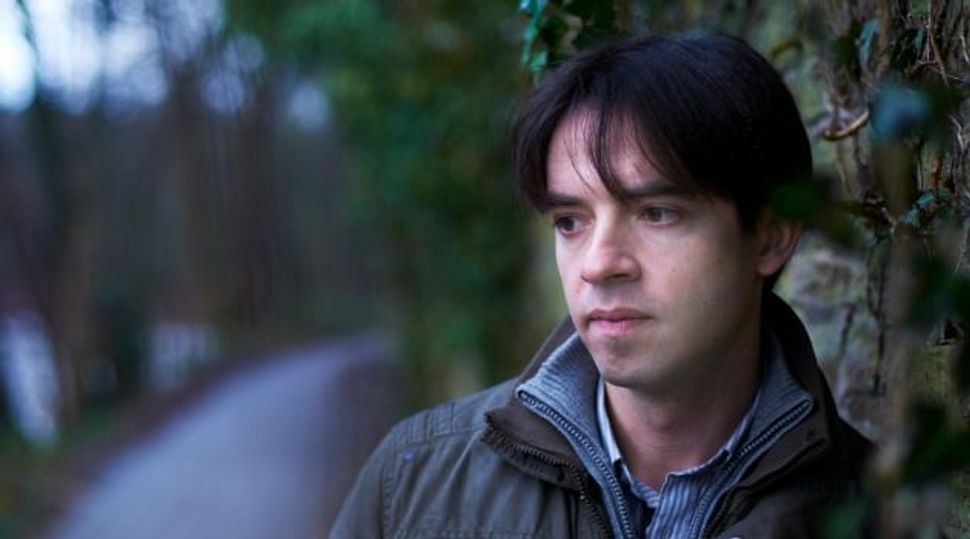 Stuck in his spartan Brooklyn studio on a warm November day, pianist and composer Vadim Neselovskyi seemed a little restless. He had just returned from a six-city tour of Russia and his native Ukraine — a tour on which he and his musical partner, the noted horn player Arkady Shilkloper, packed houses from Moscow to Belaya Tserkov — and already seemed eager to return to those warm crowds and cold climes.

But back in the States, he had two albums to promote, a solo tour of Korea to plan and a working band, Agricultural Dreams, to attend to, as well as a longer term Holocaust project to pull together. Add to that his teaching duties at Berklee College of Music in Boston — where he would also be performing with the vibraphone great Gary Burton — and another trip to his old stomping grounds was, for the moment, not in the cards.

Neselovskyi popped his CD “Last Snow,” a collaboration with Shilkloper, into the computer. Out came the plaintive title tune, a powerfully evocative minor key ode to youthful endings. And as the music filled the space, the mild air suddenly seemed chilly, the hum of cars beneath his window became

the rush of the wind, and the stark white walls in the sparsely appointed room seemed almost to transform themselves into blizzard conditions. He was home. For Neselovskyi, 36, home is where the music is. Long resigned to a peripatetic existence, he has, by necessity as much as design, spent more than half his life in a state of semipermanent flux as a musician from the former Soviet Union, and a Jewish one at that, trying to forge a career in the fractured post-Soviet world.

As a lean boy in the port city of Odessa, he was a dual prodigy, a teenage student of physics at the university and composition at the conservatory. Music became his primary interest, which he fed by shadowing local improvisers and acquiring black market jazz records smuggled in by sailors.

When the Soviet Union imploded, the records became more easily available. But there was less money to buy them, what with the hardships attendant to the rise of a market economy. Those hardships sparked heightened nationalistic sentiment, which hit home when his father became the object of anti-Semitic scapegoating at work and saw his paycheck shrink.

“I got my first gig in Odessa and I was making more money than he was,” Neselovskyi said.

At age 17, two years into his studies at the Odessa conservatory, Neselovksyi and his family packed up and left Odessa in a bus bound for Germany, following an alcohol-soaked farewell. He has memorialized that night in a tune adapted from a Russian coachman’s song, which, hunched over the piano — one of five keyboards that constitute his apartment’s décor — he delivered with a bleary melancholy.

“The feeling was of leaving everything behind,” he said, “best friends, the conservatory I loved so much, the city I’m still in love with, Odessa, and going to this new world.”

With the Jewish community growing again, he could continue his studies, in Essen, and begin to build a career. Today, his profile is rising in Germany, most notably, perhaps, as a soloist and as a duo partner with Shilkloper. But more than a decade ago, even as he was winning local competitions and playing festivals, the prospects seemed less certain. So, armed with a scholarship from a German academic exchange, he set out for America, landing at Berklee, where he was championed by Burton, the school’s executive vice president. When, in 2004, it came time for Burton to retire from his executive post and form his group of young players, the Generations Band, he asked Neselovskyi to be his pianist.

Burton, who has called Neselovskyi a “genius” in liner notes to an album, said he was consistently surprised by the pianist’s willingness to take chances.

“His playing is fearless,” Burton said.

Taken by Neselovskyi’s gift, Burton worked up arrangements of the pianist’s tunes that he plays in his sets. At the Berklee concert in November, Burton offered a new treatment of Neselovskyi’s “Late Night Sunrise,” which appears on the latter’s “Last Snow” CD.

The concert was a reunion for Burton and Neselovskyi, who now teaches piano at Berklee two days a week. After Burton disbanded the Generations Band, the pianist took a detour to New Orleans, where he spent time at the Thelonious Monk Institute of Jazz, garnering the top prize in the institute’s 2010 International Jazz Composers Competition with an extended work, “Grust.” The title means sadness in Russian.

From New Orleans, he made his way to New York, where he came under the sway of the renowned pianist Fred Hersch, who produced Neselovskyi’s album “Music for September,” a solo effort released last year that synthesized jazz, classical and popular tunes.

Seated at the piano, a shock of black hair bobbing to the beat, he launched into one of those tunes, the bebop-derived “Birdlike.” Rendering the melody with his left hand and improvisations with his right, he produced a contrapuntal quality that recalled his take on authentically baroque numbers such as Bach’s Sinfonia in G minor, which is also on the album.

Since its first run of concerts a year ago, the band has revealed a predilection for long forms and intricate patterns. Tammy Scheffer, one of two Israeli expatriates in the group, said that their approach “looks technical but is very lyrical.”

“He’s not trying to impress,” she said. “He just hears complexity. He’s searching all the time.”

Neselovskyi acknowledged that his search has, at times, received a mixed reaction, even at venues known for adventurous music. But he said he took listeners’ reservations as a positive sign that he was presenting something fresh.

“I sensed shock in the audience,” he said, “not to the point of scandal, but there was some shock. I think this is a compliment to the music. It needs to be provocative.”

Neselovskyi’s urge to provoke is reflected in what is arguably his most sensitive project to date, one spurred by the recollections of an Upper West Side survivor of the Treblinka concentration camp. The project, still in the talking stage, will draw on the survivor’s memories of being rescued by the Red Army and nursed back to health in Germany by a Jewish doctor whose family she has tried to find. It will also address her life before she was taken to the camp, as a young girl protected from the events around her. Seated at a shaky metal table in his apartment, Neselovskyi related how the woman recalled the everyday manner in which her school cancelled classes on the day that would become that fateful night.

The music will draw power from the quotidian nature of her childhood even as the horrors were unfolding. It will substitute the day’s popular music, filtered through Neselovskyi’s sensibility, for the declamatory atonal approach favored by so many postwar composers. And it might incorporate his take on liturgical music, which Neselovskyi demonstrated at the piano in a set of jazz-inflected chorales commissioned by a cantor for use in his synagogue in Dortmund, Germany.

Whatever shape the project ultimately takes, Neselovksyi said, he will not be content simply to put the music out there passively. He will bring it to some of the provincial towns he visited on his recent trip to Eastern Europe.

“It’s easy to present it to the Jewish community center, to people who hear about the Holocaust all the time,” he said. “But to bring it to Belaya Tserkov, a little town near Kiev — I would even go for a little provocation.”

Phillip Lutz lives and writes in New York. His work has appeared in Newsday, DownBeat and The New York Times.