Al Goldstein Is Dead — and Our Culture Is a Little Poorer 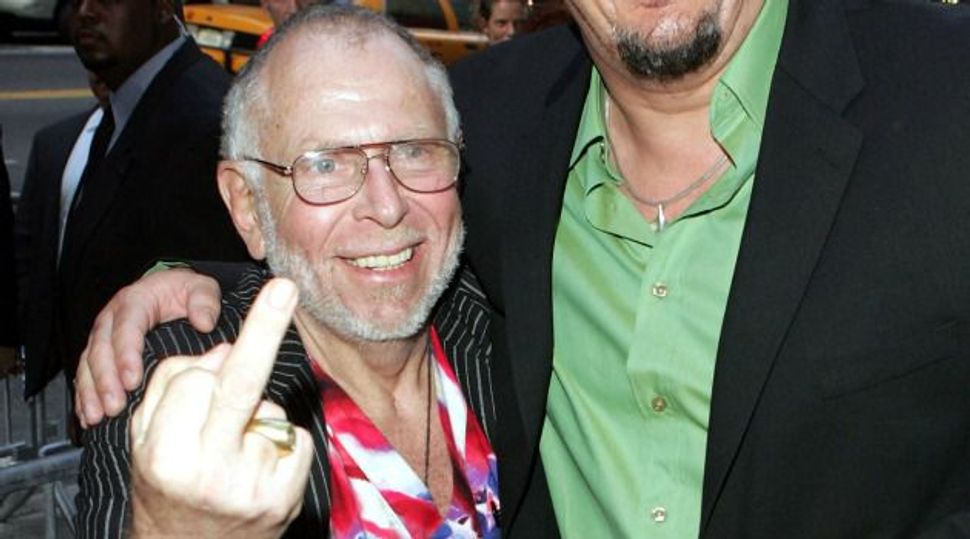 So Al Goldstein is dead. It’s been a long time since I’ve thought about him, but I have to believe that our culture will be poorer without him.

The sex depicted in its photos were unsexy. He didn’t airbursh or tart up his models. He didn’t provocatively pose them. This was documentation, not titillation.

An assertion that sex in all its unctuous, stinking variety could always be uglier than you imagined. The articles were screeds, free-ranging attempts to shock and offend.

He turned smut into an art form.

I remember him best from Midnight Blue, his late night public access television show. There he’d be, naked, hairy and obese, propped on a couch or wedged into an armchair.

The show was an extension of his ego, and often, his id. He paid for the right to have it shown in the wee hours of the night in rotation with the Robin Byrd show, that other great purveyer of public-access outsider art.

Sometimes while watching him free associate on Midnight Blue one felt as though one were being subjected to a particularly noxious psychiatric session with a sociopathic narcissist. It was riveting.

He’d attack anyone and anything, poking his bloated finger at the camera, spitting out his rage in ropey blobs of saliva. His every utterance was a belch of scorn, for his family, for the government, for the people to whom he owed money, even you, the sop stupid enough to be watching him rant.

Here was a truly nihilistic person, far more so than many of the fashion-obsessed punk rockers rubbing their shit in the face of the world and destroying themselves for fun and profit. And somehow, instead of gawking like I would at a reality TV star displaying his or her trashiest self for the camera, whenever I watched Midnight Blue, I felt like I’d learned things about what my deterministic culture can do to a person, for better or much, much worse.

Al Goldstein took the old stereotype of the dirty Jew, and embraced it, exalted it, reveled in it. For a while. Because eventually, even our smut became genteel.

There was no room in our new sex positive world for a sex negative guy like Al. He paid a heavy price for his refusal to put a happy face on his worldview: penury, abandonment, homelessness.

All the elements of New York that the collective sanitizing forces of Mayors Giuliani and Bloomberg worked so hard to scrub out of the city were embodied in Al Goldstein. Here was a man who saw not only sex, but existence itself as a debased commodity to be alternately leered at and scorned.

He made everything he encountered uglier than it had been before it fell into his grubby hands, and in doing so, he forced us to confront and live with the ugliness in our own existence. Better this than the soporifics and platitudes that have been wallpapered over our culture.

Joshua Furst is the author of ‘The Sabotage Café’ (Knopf, 2007). He is a contributing editor of the Forward.

Al Goldstein Is Dead — and Our Culture Is a Little Poorer