I was on the phone with Ralph Bakshi when he told me who killed John F. Kennedy. Long story short: It was the mob. “With Johnson’s OK, I guess,” Bakshi said. “That’s my take on it. The fact that Kennedy got shot in the back and the front of the head? Oswald shot three people with one bullet? I mean, come on. I write movies, and I would never write a movie that bad.”

Bakshi is known for making sexually, racially and politically charged films like “Fritz the Cat,” which was X-rated and, with a box office take of over $100 million, the most successful independent animated feature of all time. He is beloved by science fiction and fantasy fans for movies like “Wizards” (1977) and a 1978 adaptation of “The Lord of the Rings.” His movies — despite many controversies — are icons of animation, and his influence can be felt everywhere from The Simpsons to South Park to the entire Adult Swim cartoon network. Bakshi didn’t just make dirty pictures — he helped invent an industry.

There hasn’t been much recent news from Bakshi, however. Since his last big projects — the part-animated, part-live action, “Cool World,” made in 1992 starring a young Brad Pitt, and “Spicy City,” a short-lived 1997 TV show — he has largely retired from the entertainment business. These days he spends his time reading, listening to jazz, and painting in his New Mexico studio. But with “Last Days of Coney Island” he’s making a return to filmmaking, and to subjects that have marked his career since the beginning: crime, corruption, and the grime-ridden streets of New York.

Bakshi knows a thing or two about grime. Born in Haifa in 1938, he left Palestine with his parents at age 1 and settled in the Brooklyn neighborhood of Brownsville. His father, Eliezer, worked in a sheet metal factory and his mother, Mina, commuted to the garment district on Manhattan’s Lower East Side. Bakshi’s world was Jewish, but it was hardly pious. On Yom Kippur, he and his friends would stroll over the Italian neighborhood to get something to eat.

Bakshi later immortalized Brownsville of the 1940s and ‘50s in his 1982 movie “Hey Good Lookin’,” which depicts the trials of high school romance and the rivalry between black and white street gangs. The neighborhood provided not just memories, but also inspiration for Bakshi’s collage-like style. He remembers apartment walls covered with layers of paint that no one ever scraped off, and his grandfather’s tiny wooden synagogue, which he found “very warm and artistic.” “My style came from … the dirt on the floor,” he said in an interview with the Brooklyn Rail. “It came from the paint. It came from the old wood. It came from these things being mixed together. It was not the clean suburb with trees and leaves falling perfectly on a block.” 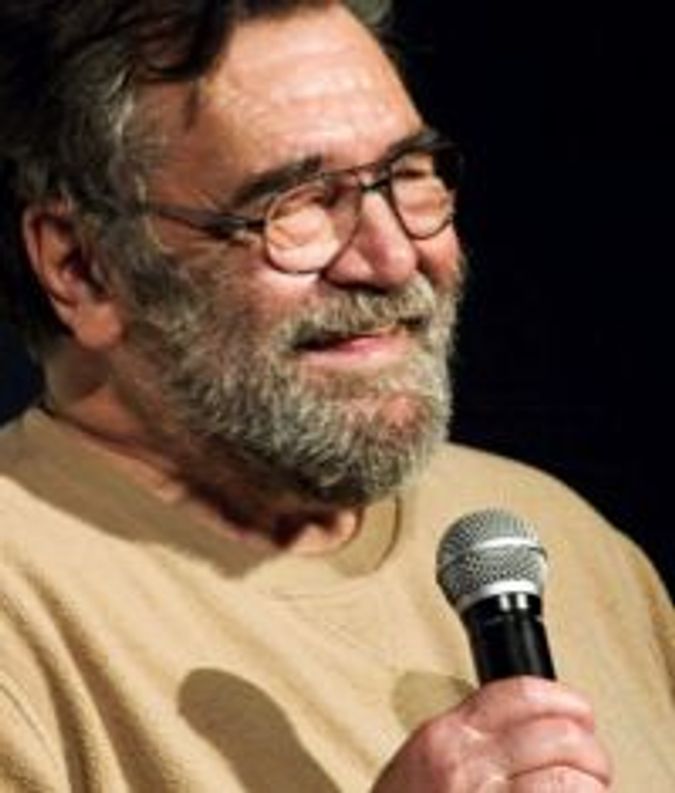 All of those influences showed up in his first film, “Fritz the Cat.” Like other early Bakshi movies such as “Heavy Traffic” (1973) and “Coonskin” (1975), “Fritz” dove into an urban melting pot where the ingredients didn’t mix well. The main character — an anthropomorphized cat created by comix legend Robert Crumb — is an undergrad at NYU and a wannabe beatnik of the worst kind. The movie also portrays trigger-happy cops, crotchety old Jews, and cynical black pool hustlers whom Fritz encounters on a voyeuristic trip uptown. Rather than create a mythologized version of New York in the ‘60s, “Fritz” presents a complex and diverse city that has more than one identity.

Bakshi also used “Fritz” to embark on new experiments in animation. Though he was trained in the rushed style of Terrytoons, the studio where he got his first job, “Fritz” gave him room to innovate. To get the right look for the film he wandered Manhattan with a 35 mm camera, taking pictures of sewer grates and deli windows, garbage bins and terra cotta facades. The photos were later traced and laid over impressionistic background paintings, creating a rough yet naturalistic look that became a hallmark of Bakshi’s films.

“Fritz the Cat” also introduced a second Bakshi trademark — voices taken from candid conversations. In the opening scene a trio of construction workers discuss their daughters’ dating habits while eating lunch atop a girder. The actual conversation took place in Bakshi’s office over a bottle of scotch, but the construction workers were real enough. Later in the film Fritz’s friends are voiced by young men who happened to be hanging out in Washington Square Park; when Fritz wanders into an East Side synagogue to get away from the cops, we hear a trio of old Jews — in reality Bakshi’s father and uncles — discussing their poor eyesight. Such techniques resulted in movies that aren’t just risqué cartoons, but documents of their time and place.

Though Bakshi eventually drifted from urban themes, he also returned to them, repeatedly. “Hey Good Lookin’” recalled his Brownsville youth, and “American Pop” (1981) chronicled four generations of an immigrant family from shtetl to San Francisco’s Haight-Ashbury district. Now, with “Last Days of Coney Island,” Bakshi is turning again to New York City, this time to its legendary beach spot.

For a child of Brooklyn, Coney Island naturally evokes fond memories of swimming and sunbathing, eating hotdogs and riding roller coasters. But “Last Days” takes place after the halcyon summers of Bakshi’s youth, when the area was on its long slide into decay and disrepair. The first segment of the film centers on Shorty, a four-foot tall dwarf and enforcer for the mob, voiced by Matthew Modine, and other characters include cops named Louis and Max, and a call girl named Mollie, who has recently gotten out of prison. Despite the “Last Days” of the title, Bakshi makes it seem more like a wake.

The decline of Coney Island was a local tragedy, but it wasn’t just the beach that was in trouble. As Bakshi tells it, the fate of the neighborhood was a metaphor for everything happening in America, including the assassinations of Kennedy and King. “Coney Island was a place where poor people could go and not feel poor,” he said. “You wouldn’t run into any Rolls Royces, and you didn’t feel that there was anything that you could not afford to do. But it ended up trashed, and I felt that America was headed the same way.”

Bakshi describes “Last Days” as a period piece, but he’s not shy about making contemporary analogies. Coney Island is looking a lot better now, even after Hurricane Sandy, but gentrification may be as foreign to its spirit as mob rule. “If they build it into some sort of big, fancy place, then it’s not Coney Island,” he said. “They could call it Coney Island, and I guess that’s fine for the rich people, but that’s not the Coney Island that was so important to millions of people who were struggling to give their families a good time.”

As much as Coney has changed, however, there’s some Bakshi-esque spirit left. Alongside chain stores and restaurants there’s still the freak shows, carnival games and junk food. Most important, Coney Island is still the place where New York City goes to the beach. The parade of characters on a summer afternoon — Russian men with giant brown stomachs; guys and gals in board shorts and bikinis; an impossibly muscled man wearing nothing but an American flag Speedo — could be straight out of a Bakshi film.

Indeed, after watching Bakshi’s movies it’s hard not to see the city through his eyes. The loudmouth at the bar becomes one of his lowlife villains; a homeless person is one of his down-and-outers; twilit art-deco buildings morph into the purple-and-blue structures of his throbbing metropolis. Even pesky NYU undergrads swarming the Village are descendants of Fritz the Cat himself. You can take Bakshi’s word or not about the Kennedy assassination. But in a larger-than-life city like New York, Bakshi’s animation may be the truest portrait.