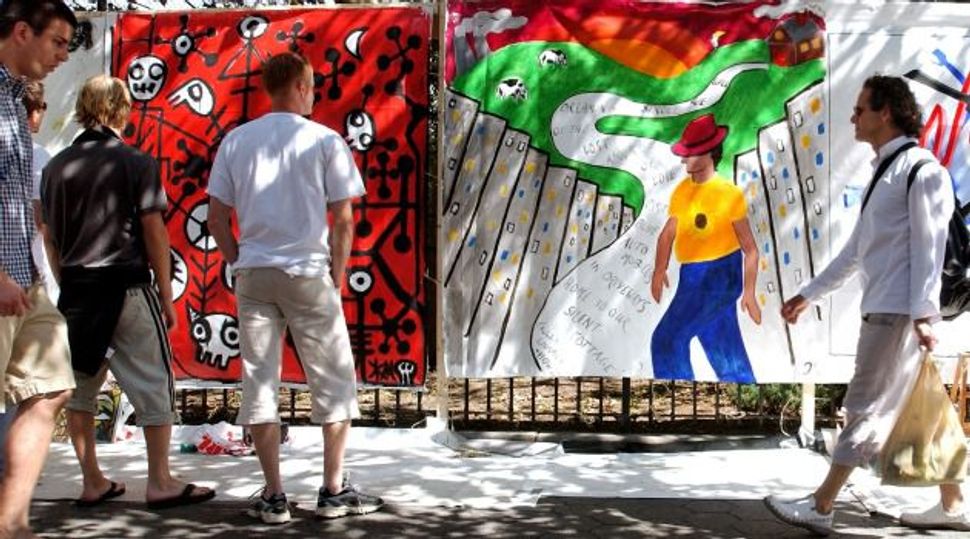 Urban Oasis: A block of downtown Manhattan has been dubbed a ?naturally occurring cultural district.? Image by Getty Images

When Tamara Greenfield received her master’s degree in urban planning from Hunter College in 2000, she felt somewhat lonely in her desire to combine her new profession with the arts.

“It was hard to find a lot of people looking at the intersection of art and culture in the urban environment — which seems weird now,” Greenfield said. She’s the executive director of the Fourth Arts Block, located in Manhattan’s East Village and considered a “naturally occurring cultural district” in urbanist lingo.

These days, Greenfield spends most of her time at that intersection, surrounded by plenty of other people eager to use the arts “as a force for a more progressive city,” according to a white paper that’s aimed at the Bill de Blasio mayoral administration. The policy brief argues for culture production as a major contributor to the creation of a more just and equitable city — which de Blasio championed in his campaign.

The emergent trend in the year to come is known as “neighborhood preservation.” Where historic preservation focuses largely on buildings and their past uses, neighborhood preservation includes the contemporary people, uses and culture that, along with buildings, constitute a neighborhood’s ecology. In many cities across America, those ecologies are disrupted by the tides of the real estate market, and affordable housing in particular is threatened or erased.

“Social justice was certainly a part of the grounding I was raised with,” said Greenfield, who grew up in a Jewish family in upstate New York. Similarly, other activists from San Francisco’s Mission District, to Detroit, to New Orleans — trained in everything from architecture to transportation planning to film — are responding to the challenges of both poverty and gentrification, with more sophisticated networks and tools.

For example, the Center for Urban Pedagogy, a not-for-profit organization in Brooklyn devoted to demystifying urban policy and planning, recently released an actual yellow toolbox, the “What Is Zoning?” toolkit, to help community groups understand and affect the zoning rules that shape their neighborhoods.

CUP’s communications coordinator, Sam Holleran, calls CUP’s partners “social justice groups working on issues in the built environment.” A past participant in the Jewish think tank LABA, also in the East Village, Holleran is a fine artist himself. The pursuit of social justice is also what motivates him, as his group guides artists and designers to work with community organizers to “translate issues of policy into visual thinking, visual expression” toward “framing the issue and communicating it in a way that’s super-accessible.”

Just as other progressive social buzzwords have educated the public about both a problem and a solution — coinages like locavore, fair trade and living wage — neighborhood preservation names a holistic response to the ravages of communities, whether the homogenizing effect of new “investment” or the devastation of neglect. As we learn to eat more locally, so, too, can we learn to better nourish the places where we live.

Karen Loew is a writer and preservationist in New York.