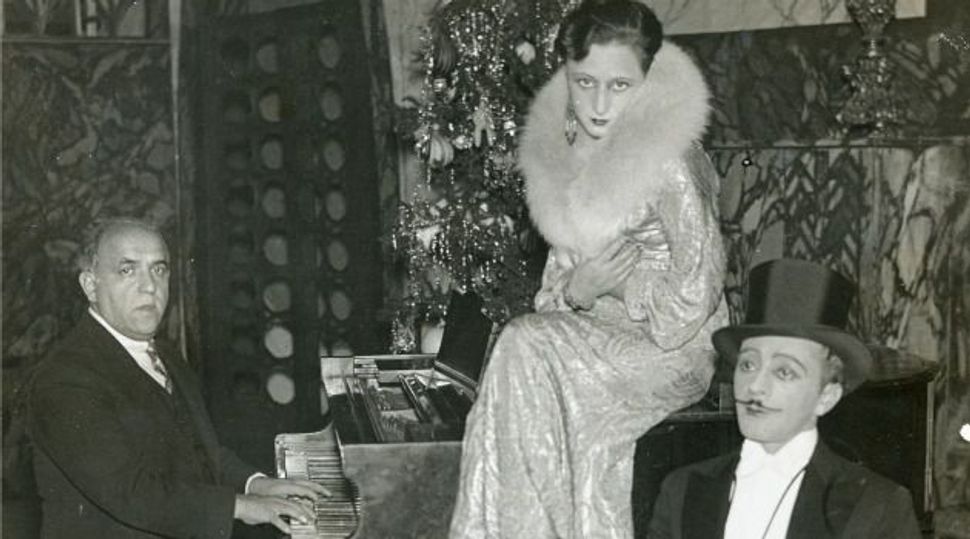 In a courtroom, Herman Weinberg, a 38-year-old resident of Manhattan’s Lower East Side, accused his own teenage daughter, Flora, of hanging around with unsavory characters, specifically a local gangster who goes by the name “Joe Spanish.” Weinberg, who works at a bookbinding shop with his daughter, tried everything to keep Flora away from the gangsters, who apparently are a very bad influence on her. According to him, he had no choice but to have her arrested. The judge gave Flora a choice: Either he could send her to a school for delinquent girls for three years, or she can listen to her father and stay away from her gangster friends. She decided to drop the gangsters and listen to her father. The judge said he’d be sending around police to make sure she stays on the straight and narrow.

A delegation of Quakers that has just returned to Philadelphia after visiting Nazi Germany says that the Germans are pleased with their plan to evacuate large numbers of Jews from Germany. Led by Rufus T. Jones, the Quakers traveled to Germany after the brutal attacks on Jews in early November, during which hundreds of Jewish shops, homes and synagogues were destroyed. The Quaker plan is to create refugee camps near the borders of Germany, where refugees and emigrants can stay until they can be sent to new homes. With the permission of the German government, the Quakers would like to settle 150,000 young Jews in new colonies in other countries. What has not been discussed in these plans is the cost. It is well known that Hitler does not permit Jews to leave for free. The Nazis take all their belongings and savings and let them free only after they are stripped of everything they ever owned.

The pope’s visit to Israel has brought up a number of interesting questions and dilemmas. How, for example, should Israel’s leaders refer to him? Should they call him, as Catholics do, “Your Holiness”? Or is “Your Eminence” enough? Perhaps there is some kind of secular title. When he sits with the Israeli president at Megiddo, should he be higher or lower than the president? Perhaps they should be the same height. Who will attend the special mass the pope will give in Nazareth? Do non-Christians get to attend? And what if, God forbid, some kind of tragedy occurs? Israelis are pondering these questions and trying to find answers for their first papal visit.