End of Loehmann’s Is End of an Era 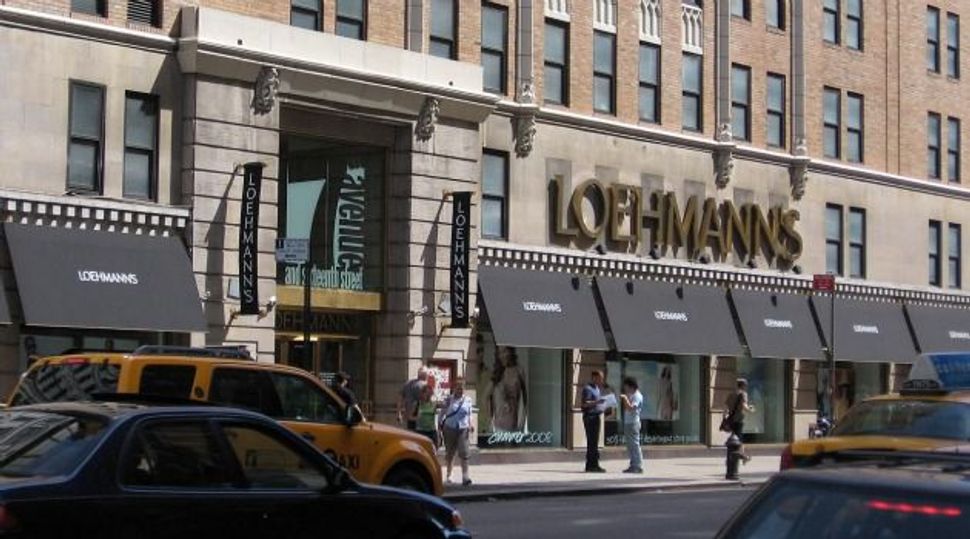 Going, Going: With its crowded dressing room and dreary physical plant, Loehmann?s places its emphasis on goods rather than amenities. Image by Flickr

The news that Loehmann’s, the grandmother of discount clothing emporia, is closing its doors caught me by surprise and saddened me, too. It shouldn’t have. After all, apart from the occasional purchase of a pair of socks, I hadn’t shopped there in years, nor did any of my fashion-minded confrères. A casualty of online shopping, Loehmann’s also faced increasing competition from other discounters whose merchandise seemed more appealing, more up-to-date. At least that’s the explanation put forward by those in the retail clothing business.

I suspect things are a bit more complicated than that. Like its fabled “Back Room,” there’s a backstory to Loehmann’s fall from grace, one that has as much to do with culture as with economics.

From its inception in the 1920s and well into its heyday in postwar America, Loehmann’s was decidedly not for the faint of heart or those in need of hand holding. Department stores and boutiques might pride themselves on service, on attentiveness to the customer. At Loehmann’s, it was every woman for herself. What’s more, department stores and boutiques had atmosphere; Loehmann’s had stuff.

The store’s dreary physical plant underscored the primacy it placed on goods rather than amenities. Much has been made over the years of its crowded communal dressing room where privacy was unknown and unwarranted intimacies were exchanged at the drop of a hat. I vividly recall entering its precincts, my arms filled with potential purchases (oh, rapture!), and being equally mindful of a gnawing sense of dread at the prospect of exposure. The no-frills layout of the store was worth noting, too. To describe it as minimal would be an understatement: the selling floor was a veritable sea of skirts and sweaters, rack upon metal rack of merchandise. Harsh, unforgiving lighting compounded the overall effect of being in a space akin to that of a warehouse.

The original Loehmann’s on Brooklyn’s Bedford Avenue presented a different face to its customers. Though a cash and carry business right from the get go, it surrounded consumers with a vision of opulence rivaled only by that of the local movie palace. In an interior inhabited by marble lions and gilded dragons, glistening chandeliers and mighty torchieres, the very first Loehmann’s transformed shopping from a chore into an indulgence.

Nothing could have been further from my experience. By the time I became a loyal Loehmann’s customer, in the 1970s and ’80s, a visit to one of its suburban branches had more in common with a science experiment than with the free exercise of the imagination. Anything but relaxed, shopping at Loehmann’s called for a set of hard-nosed skills: an eagle eye, the better to identify the bedraggled dress in the corner as a Bill Blass confection; linguistic ability, the better to interpret the garment’s label which had been mutilated beyond recognition; and speed, the better to make a beeline for the desired object before anyone else. Raw and unmediated, the experience of shopping at Loehmann’s was entirely bound up with the thrill of the hunt; the pleasure was all in the pursuit.

To maximize opportunity, two sets of hands – usually those of a mother and her daughter – were required. The relay race that lay at the heart of Loehmann’s tested the bonds of that relationship; if you were lucky, it stretched them, too. I remember how my mother would fiercely patrol the aisles, looking for just the right ensemble for my first day in high school or the perfect dress for a friend’s Sweet 16 party. Most of the time I would dutifully tag along, a mobile receptacle for growing heaps of things on hangars. But now and then, I’d take off on my own, eager to spread my sartorial wings, only to return triumphantly, expectantly, with a blouse that matched or an accessory that complemented. (In my family, we were very big on ‘complementing.’)

Not every mother-daughter shopping expedition ended well; some resulted in more than their fair share of pouts and disappointments — in the clothing on display and in one another. But as I now look back, our seasonal outings to Loehmann’s taught me a lot about style and taste, agency and independence — and, at the risk of sounding sappy, about maternal pride as well.

But enough of that. The point of this excursion down memory lane is to situate the closing of Loehmann’s within a larger cultural context: the changing nature of shopping. For one thing, contemporary consumers no longer have to leave home to purchase an article of clothing; these days, the merchandise comes directly to them. For another, if would-be shoppers are going to make the effort to venture forth, the experience has to offer something extra. Bare bones shopping no longer compels, nor does bargain hunting. To appeal, shopping has to be more than a sport or an exercise in saving money. It has to enlarge our sense of self and of life’s possibilities. As for it being an exercise in bonding, well, I don’t think mother-daughter outings to the store still pack quite the same punch. Newer activities (a day at the spa?) have taken their place. Besides, sartorial authority is no longer a contemporary mother’s prerogative; the younger members of the female population are more apt to take their fashion clues from blogs and other web-based sources than from mom.

Under the circumstances, Loehmann’s was destined to wither on the vine. Still, it had a good run of 90-plus years, filling our closets with America’s bounty.

End of Loehmann’s Is End of an Era