The Jewish Inventor of the Bra 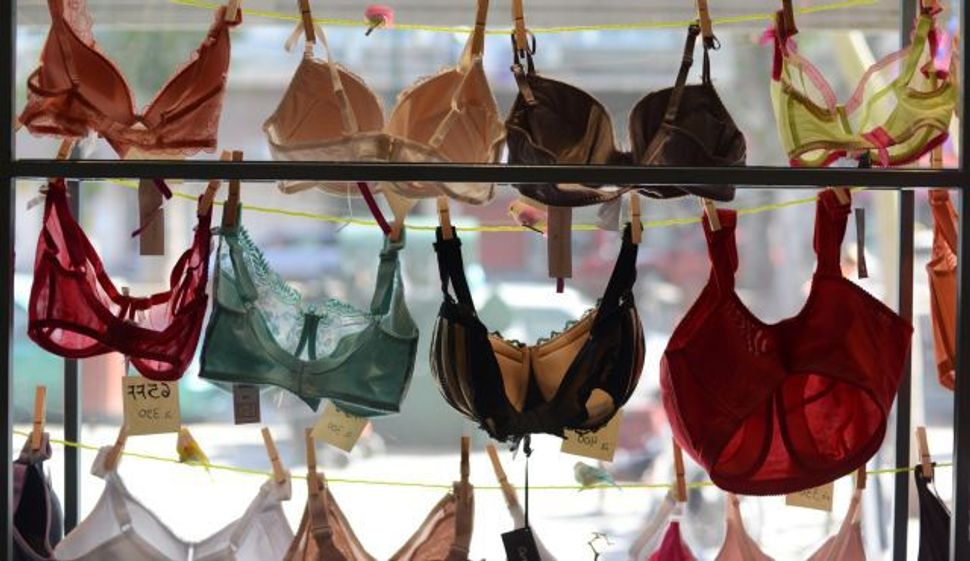 (Haaretz) — January 9, 1886, is the birthdate of Ida Cohen Rosenthal, the co-founder of Maidenform, today the world’s largest manufacturer of “shapewear.”

She was born Ida Kaganovich (she anglicized her maiden name to “Cohen” after coming to the United States) in the town of Rakaw, in what is today Belarus. Her father, Abraham Kaganovich, was a Torah scholar; her mother, the former Sarah Shapiro, ran a grocery. After some time studying in Warsaw, as a teenager Ida returned to Rakaw, where she met William Rosenthal, an artist. Fearing conscription after the start of the Russo-Japanese War, in 1904 William decided to emigrate to the U.S., to which Ida soon followed him. They married in 1907.

The couple opened a dress shop in Hoboken, New Jersey, which they moved to Manhattan in 1918. Three years later, they joined forces with Enid Bisset (who later dropped out because of poor health) and began experimenting with brassiere design.

The fashion of the day emphasized flat chests (Flapper style), but Ida thought this was a mistake. Many years later, she would explain to the New York Times: “Do you know that during World War I, women in this country were told to look like their brothers? Well, that’s not possible. Nature made woman with a bosom, so why fight nature?”

William, a trained sculptor, designed a bandeau, a supportive band with cups that separated and supported breasts. These bras, which they called Maiden Form, initially came only as an accessory sewed into their dresses, until they started selling them separately.

Bisset had to retire when she became ill, but the Cohens continued, and had rapid success. By 1925, they had opened a plant in New Jersey for bra production, and by 1928, that’s all they were selling – 500,000 of them that year.

Maidenform became known as well for the ad campaign they employed for two decades starting in 1949, in which models were shown in various public venues with their upper halves garbed only in a brassiere, with the statement – if for example she was depicted in a department store – “I dreamed I went shopping in my Maidenform bra.”

When William Rosenthal died in 1958, Ida took over as the company’s president. She had to stop working in 1966, however, after a stroke.

Since October 2013, Maidenform has been owned by Hanesbrands, a publicly traded company.

Ida and William were very involved in Jewish philanthropy, not only donating to the ADL and the UJA, but also setting up a collection of Hebrew books at New York University’s library, consisting of the library of William’s father, Solomon Rosenthal. In 1943, they also created a Boy Scout camp in memory of their son Lewis, who died of meningitis in 1930 at age 23.

In 1965, as she was about to turn 80, she was asked by The Times what she thought about the trend, then popular, of women going braless. She responded, authoritatively: “We are a democracy and a person has the right to be dressed or undressed, but after 35, a woman hasn’t got the figure to wear nothing.”

The Jewish Inventor of the Bra