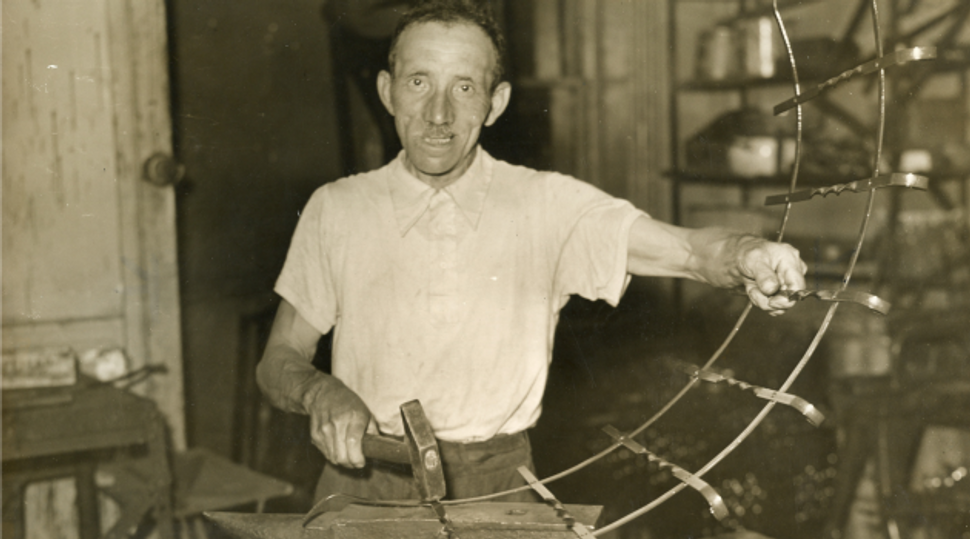 Heir: News of Abraham Starr, a blacksmith on the Lower East Side, spread worldwide when he found out he was to inherit his uncle?s diamond fortune. As the story unfolded, Starr and his family attempted to procure the funds, but to no avail. Image by Forward Association

“Dopey Benny” Fein, Waxey Gordon, “Little Abie” Beckerman and Reuven Kaplan were the four gangsters arrested on charges of killing an innocent bystander, Frederick Strauss, near Arlington Hall on St. Mark’s Place, in Manhattan’s East Village. The gangsters are being held and their lawyers have demanded that they be released on bail, since all have been held for more than 48 hours at the behest of the coroner. It is rumored that all of them are being held in separate cells so that they do not collude. Police Commissioner George Dougherty claims that there is very strong evidence against the quartet, although it is known that Dopey Benny wasn’t even at the scene of the crime. The other three all have solid alibis, although Dougherty claims that they were acting at the behest of Dopey Benny. All four gangsters have long rap sheets and are well known to the police.

It’s been 10 years since the Siberian region of Birobidzhan was declared the Soviet Jewish Autonomous Region, and it now appears that Moscow is going to disband the project. Initially, plans were to settle at least 100,000 Jews in Birobidzhan, but after a 10-year period, no more than 20,000 remain. Most of the Jewish “settlers” in the region did not stay, and the Jewish population never grew. Ten years into the project, Birobidzhan was supposed to have become a Jewish republic. According to reports, the Soviet government will continue to send “settlers” to colonize the region, but not specifically Jewish ones. At this point, Jews are already a minority in the area.

An Arabic-language radio broadcast out of Moscow attempted to incite listeners against Israel’s new Jordan River water project. “If the Israeli extremists complete this project,” the announcer said, “the results for thousands of Arab farmers will be disastrous and will force them to leave their villages in the Jordan Valley.” The program warned that the currently tense situation between Israel and the Arab countries must not turn into a real battle, and it all depends on how the Israeli power brokers handle it. The usual propaganda is that Israel is a tool of American imperialism and that Israel, the United States and NATO all refuse to respect the rights of the Arab countries.