Haim Hears a Who as Dr. Seuss Musical Comes to Israel 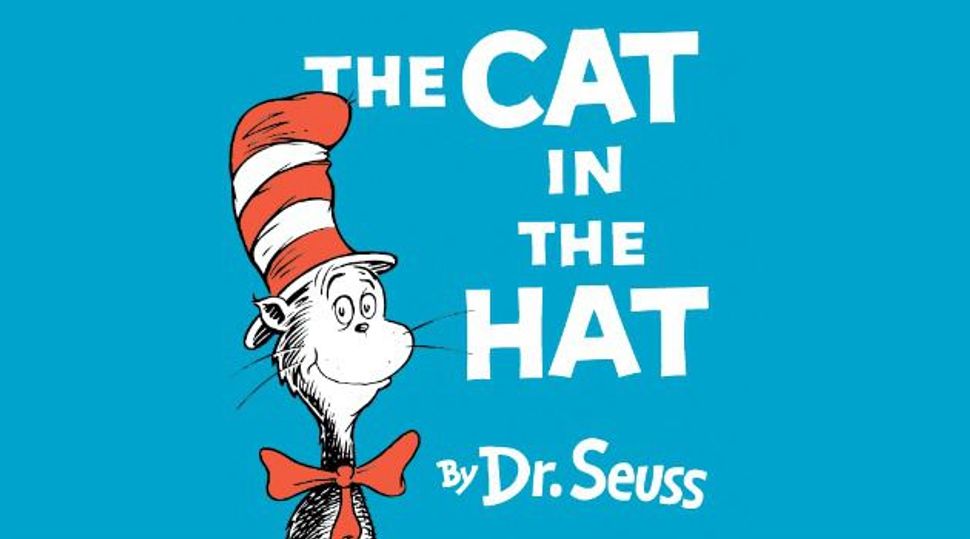 (Haaretz) — Almost no work of children’s literature can compare with the books of Dr. Seuss. Their words and illustrations carry abundant possibilities, as well as an invitation to other creative artists to take inspiration from them and run with it. Anyone who has read Dr. Seuss’s works knows about the places you’ll go when you’re immersed in its pages.

Maybe, like Lewis Carroll’s “Alice in Wonderland,” Seuss’s main characters − like the Cat in the Hat, Horton the elephant, the Grinch and the Lorax − are simply compelling, and the illustrations open the door to a visual production. In that case, it is surprising that there are not many theatrical adaptations of Dr. Seuss’s works.

But Theodor Seuss Geisel did not like the idea of his works being adapted for film or the stage. He saw that as crass commercialism; others saw him as an uncompromising purist. Geisel permitted the making of animated films based on his works, because he saw animation as the art form that was closest to the spirit of his illustrations.

The Warner Brothers film version of “Horton Hears a Who!” reached the big screen as early as 1942, with another film following every 20 years or so.

The embargo ended after Geisel’s death in 1991. Over the past decade, one of his books has been adapted every few years. “Seussical: The Musical,” a light, cheery production based on various Dr. Seuss books and mostly on Horton Hears a Who!, which was a success and remained on the American stage. The plot, in short: Horton the elephant sees tiny creatures, actually a whole city, on a grain of dust, but no one believes him.

The story of the tiny creatures forms the subplot, with the slightly kitschy messages that Americans like to pour into children’s films: a merging between individualism and the ethic of protecting the weak, which takes the form of the musical’s motto − that one must mean what one says and say what one means. As Horton says: “A person’s a person, no matter how small.”

This week, Seussical! will be performed in Israel for the first time. The English-speaking group Israel Musicals, which specializes in musical theater, is producing it, so the show will be in English with Hebrew surtitles.

Israel Musicals was founded by Yisrael Lutnick, a long-time lover of the musical genre − and also the rabbi of a national-religious community in Mevasseret Zion. This is the first time his group has attempted to break out of their usual setting and appeal to the broader Israeli audience. For this purpose, he brought together an ensemble of actors, dancers and singers. The actors playing the leading roles are professionals, while the others are skilled amateurs. The show will be performed throughout the country in cities including Jerusalem, Rehovot, Netanya and Zichron Yaakov.

To obtain the rights to the Broadway show, the production staff had to prove that the musical side was being handled properly. So Lutnick hired Haim Tukachinsky, a graduate of the Jerusalem Academy of Music and Dance in piano and composition, as musical director. Tukachinsky arranged the music, meant to be played by a full orchestra, for a small ensemble consisting of piano, trumpet, bass guitar, synthesizer and drums, which he will conduct from the piano.

Tukachinsky, 26, with his youthful face and waving sidelocks, got to know the works of Dr. Seuss recently, as he worked on the musical. He had not been familiar with the genre before, and was never exposed to children’s stories or classical music in the Haredi home where he grew up. But music found him anyway.

Like many people who came to Israel from the former Soviet Union in the 1970s, Tukachinsky’s parents brought a piano to their new apartment in Kiryat Motzkin, but not to play it. “Like many immigrants, they brought the piano because they were not allowed to take money out of the Soviet Union, and they hoped to sell it for a great deal of money,” he says, laughing. Their hopes proved false, and the piano stayed in the living room like an unwanted piece of furniture − until it became the favorite toy of their middle son ‏(of nine children‏).

Haim started picking out notes, and later composed songs. When he was 10, a family friend advised his parents to have him play for a professional musician. “Since I was really wild in school and my parents were told that maybe it would help me to play, my parents agreed,” he says. Once the professional musician heard him, there was no doubt. Haim was gifted and needed a piano teacher.

After promising to do better in his studies, he enrolled in the city’s conservatory.

“I knew I wanted to be a pianist,” he says. It was not easy. The people in his community expected that he would grow out of it; music is not a desirable commodity there. Devices that played music, such as the Walkman and, later, the Discman, were off-limits. Throughout the years he studied music, Tukachinsky heard only the pieces that his teachers played for him in class.

On graduating from the yeshiva high school, he told his parents he would not be continuing to a higher yeshiva, but instead would study to become a pianist at the Jerusalem Academy of Music and Dance. His parents cut off all connections with him when he was accepted to the academy, but he did not give up his dream.

“They thought I would throw everything away and go wild if I left the yeshiva. That was a bad time,” he says. With no alternative, he shared a dingy apartment in Mea She’arim with several other young men, worked as a caregiver for elderly people and as a security guard in a hospital, cleaned stairwells and ground flour for matza. He did every job he could to support himself and finance his studies.

“It was a new life,” he says. “First of all, everybody could know that I played. Nobody said, ‘Oh, that’s no way to make a living,’ or ‘You play − what for?’ In the academy, it was legitimate to want to make a living in music, and it was a whole other state of mind.”

When his parents saw that he was still religiously observant despite everything, they reconciled with him. His mother has even attended a few of his concerts. Still, his family does not understand his devotion to music. “On the one hand, my mother was happy to see people congratulating her about me. It’s nice for her. But on the other hand, it’s also tiresome for her,” he says.

Haim Hears a Who as Dr. Seuss Musical Comes to Israel